Next Posts
Easter Sunday is March 31 this year. Why? How is the date of Easter determined? ... read more >>

Wilkinson's polynomials are a family of polynmials with deceptively sensitive roots.... read more >> I have already made several posts about gatlin, the image distributed with MATLAB of the organizing committee for the Gatlinburg III conference. From the MATLAB point of view, the first man on the left in the photo, J. H. Wilkinson, is by far the most important. From the early days of computers in the 1950s until his death in 1986, Wilkinson was the world's authority on matrix computation. His research on eigenvalue algorithms and their implementation in Algol led directly to EISPACK, the mathematical foundation for the first MATLAB.... read more >> 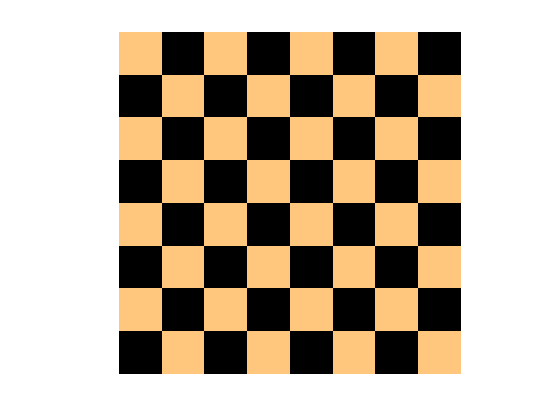 The inverse Hilbert matrix, invhilb, has recently made surprise appearances in Cody, the programming game on MATLAB Central, and one of Ned's posts in the MATLAB Spoken Here blog. Inverse Hilbert matrices had nearly been forgotten in MATLAB. Their comeback is due to the sign pattern of their entries. But I want to take you back to their original role demonstrating ill conditioning in numerical calculation.... read more >>

I investigated the reduced penultimate remainder algorithm in an undergraduate research project under professor John Todd at Caltech in 1961. I remember it today for two reasons. First, I learned what penultimate means. And second, it is the most obscure, impractical algorithm that I know. I suspect none of my readers have ever heard of it.... read more >> Tuesday, January 8, 2013, would have been George Forsythe's 96th birthday. He passed away in 1972 at the age of 55. A pioneer in the establishment of computer science as an intellectual discipline, he was my Ph.D. thesis advisor, colleague, and friend.... read more >>

I have just returned from the huge Supercomputing 2012 conference in Salt Lake City. I can report on interesting reactions to some questions I posed in last week's blog and on some impressive speedup results when we ran the code in last week's blog on a parallel cluster in the Cloud.... read more >>

These postings are the author's and don't necessarily represent the opinions of MathWorks.