I want to acknowledge a superhuman feat of skill, dedication, and generosity. Walter Roberson has surpassed 50,000 reputation points on MATLAB Answers. That equates to almost 28,000 answers across five years. Without asking for anything in return, Walter is providing a priceless service to MATLAB users around the world. For this, we want to thank him. 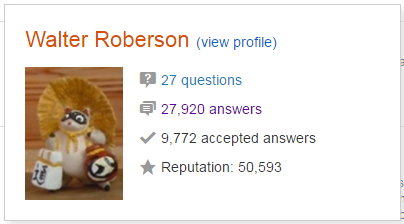 This is MATLAB after all. Let’s do a little analysis. First let’s get the numbers.

The variable rep contains the scores of the top 50 people on Answers. As expected, Walter is right at the top.

Walter and Everybody Else

This makes it clear that Walter sits atop a mighty throne. 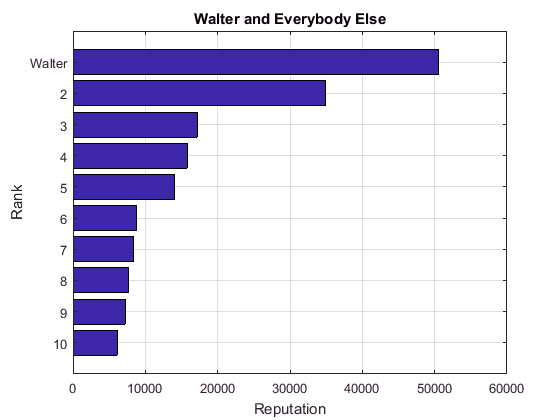 To give a little perspective to his enormously large reputation, consider that you need 3000 to be invested with all the powers of a community editor. Three thousand is a lot of points. To date, only 25 people have managed it. 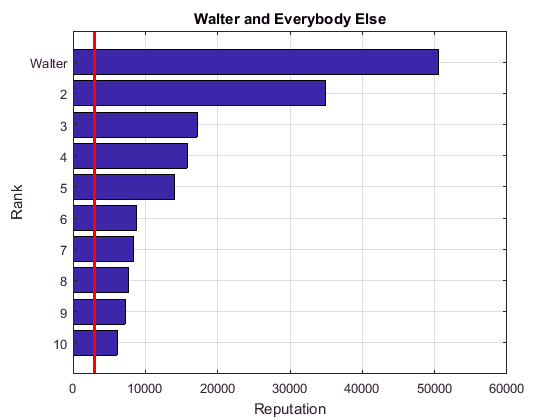 Here the top 50 are shown as a regular plot. You can see there’s a pretty rapid drop-off from the Olympian heights of the top 5. 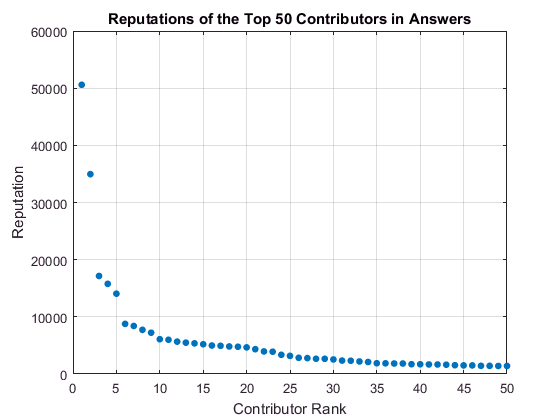 Let’s consider ALL the leaders from positions 26 through 50. Highlight them as shown below. 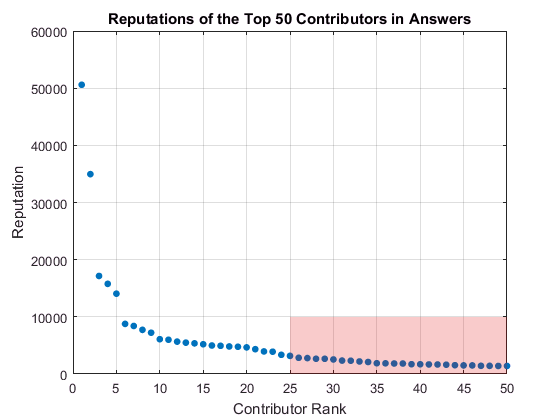 So Walter, by himself, has more than the total of the top contributors 26 through 50. Shown in red is a cumulative sum of ranked positions 26 through 50. 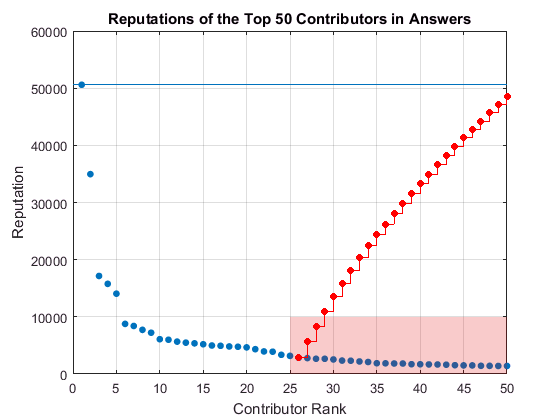 How long has it taken Walter to amass this total? We’ll pick the middle of January, 2011 as the nominal start date for MATLAB Answers.

Around 50,000 hours! Interesting coincidence. So…

That’s one point every hour since the bell rang on opening day. Call him “Mr. PPH” (Point Per Hour). You try keeping that rate up all day every day for nearly six years.