One of the comments that came from the survey we did a few weeks ago is that people miss the traditional Pick of the Week format. I have invited a few guest bloggers to help me choose files each week. This week Robert Bemis will be making a fine choice:

Also, Congratulations go to Jason Brown for winning the MATLAB t-shirt for participating in the survey that appears after most movies I put out there each week. Win your shirt by answering this month’s survey.

It’s been a while since our last Sudoku “Pick of the Week,” and there are plenty to choose from. So this week’s pick is Sudoku (Dancing Links Solver). Per-Anders Ekstrom did a first-rate job with this GUI. The screen shot doesn’t do it justice. My favorite features not described on the submission page are the solver options to show candidates and/or mistakes, and the solver option to block invalid moves. These options were so fun I wished there were hot keys to toggle them without going through the Solver menu. (Hint: edit lines 110-112; add Accelerator property.)

Note: fans of MATLAB and Sudoku might also check out the November 2006 Sudoku contest or the twenty some other Sudoku submissions. 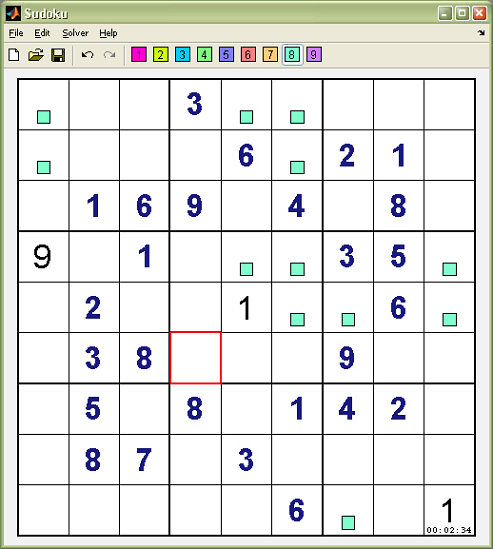