For this week's pick I'm going to combine my grad school life in structural engineering with the two recent major snow storms we've had in New England over the last few weeks. My house has seen about 42 inches of snow. So let's make a quick model of the snow load on my back deck.

I'm going to model this as a Frame. Although it's not an ideal frame by any means, the snow load is distributed on it and not just applied at the ends.

Larry's app allows me to draw the deck interactively (in meters, feet would be nice!)

First I needed to adjust the axes limits: 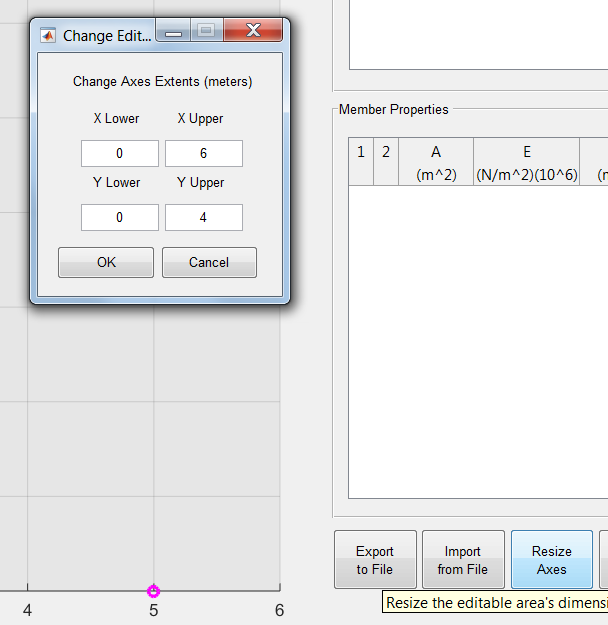 Next I need to draw the structure. There needs to be a node everywhere I apply a load because there doesn't seem to be a distributed load option. The deck is about 12ft wide with a 3ft cantilever resting about 8ft off the ground. 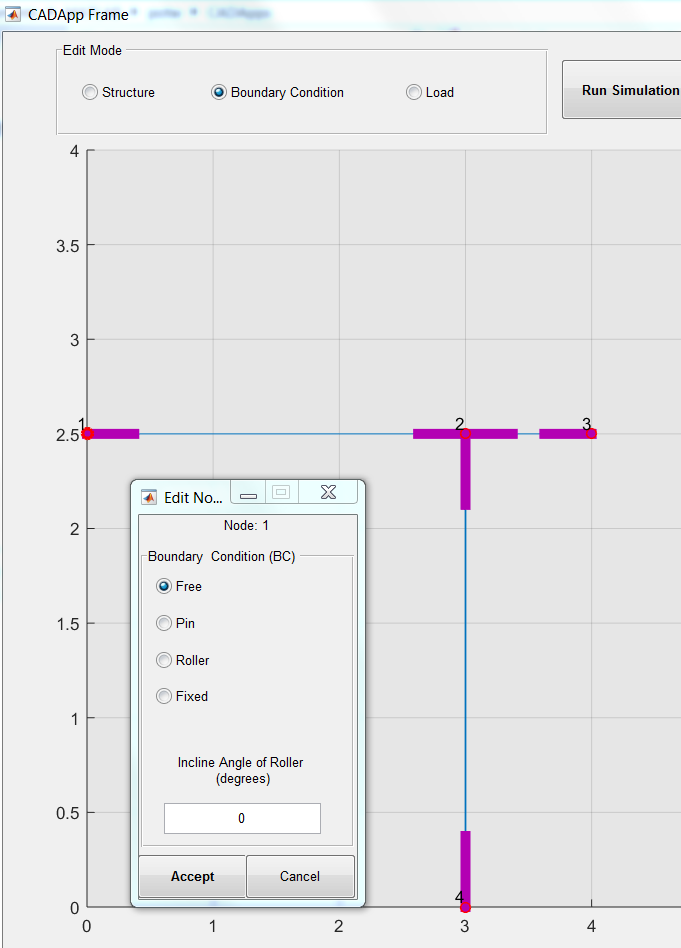 Then the hard part, figuring out what the load is in terms of Newtons per meter of deck. Being lazy, I only shoveled the outer half of the deck where it was easy to throw the snow off. 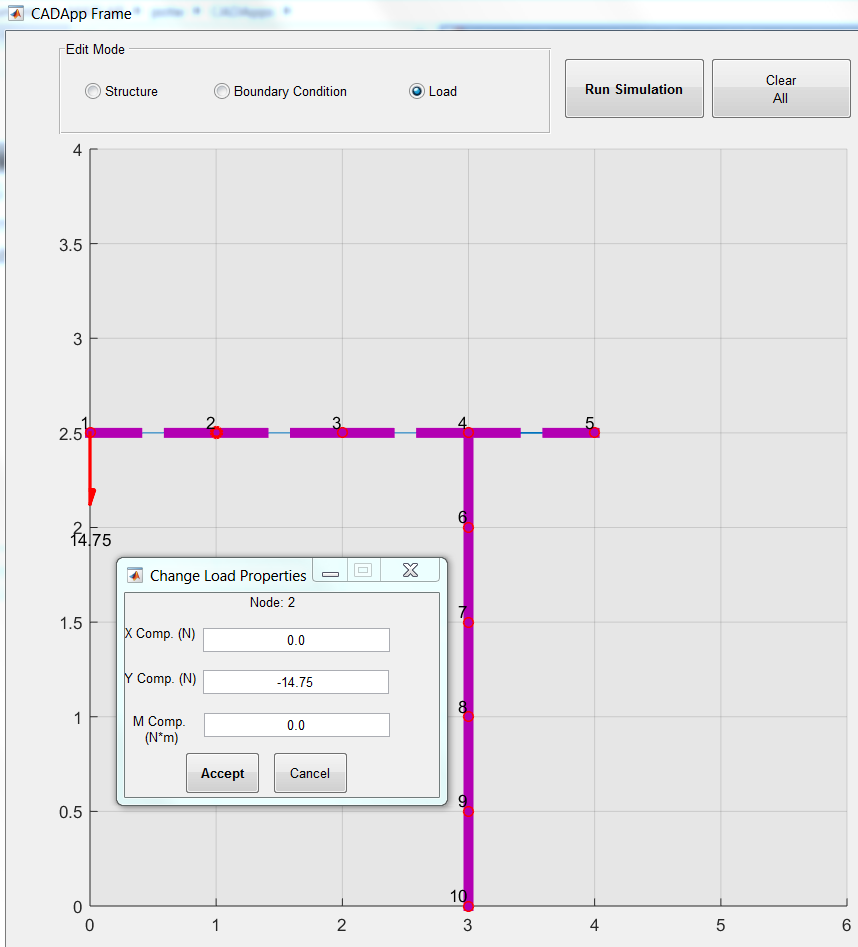 And now we simulate and look at the results! 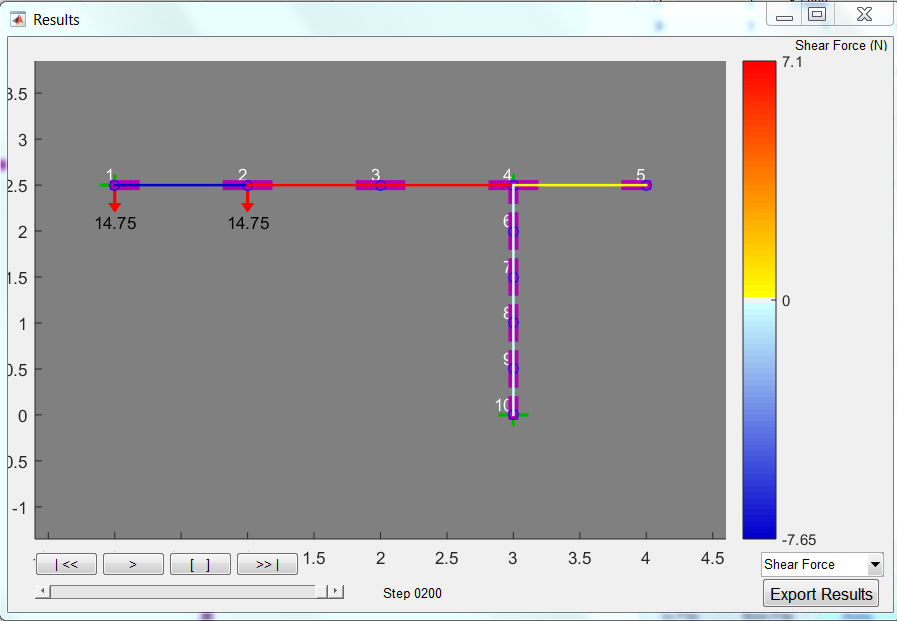 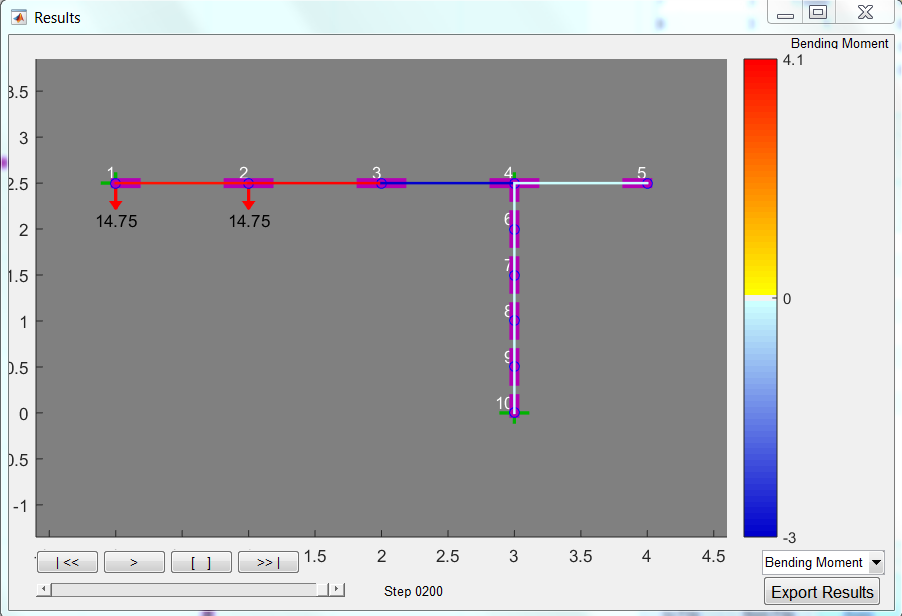 My wood structural design books are somewhere in my attic at home so I have no idea what percentage of capacity the current snow load is using. But with another 6:10in of snow coming Monday, I probably oughtta clear off the rest of it. Sigh.

Give it a try and let us know what you think here or leave a comment for Larry.