Today I want to share a useful tip for importing signals from Excel into a simulation.

In case you were not aware, since R2015b, Simulink has offered the From Spreadsheet block. 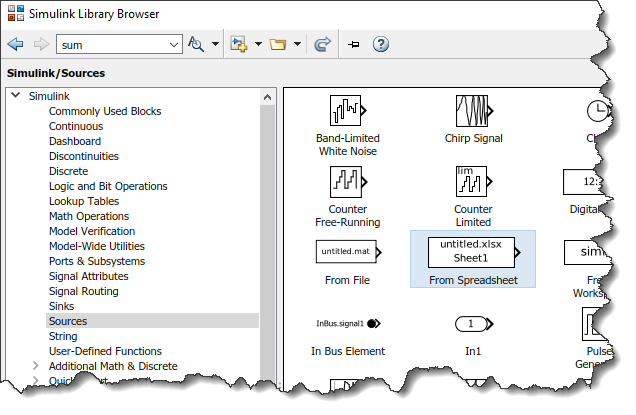 Using this block, you can specify an Excel file, sheet name, and range of the data. 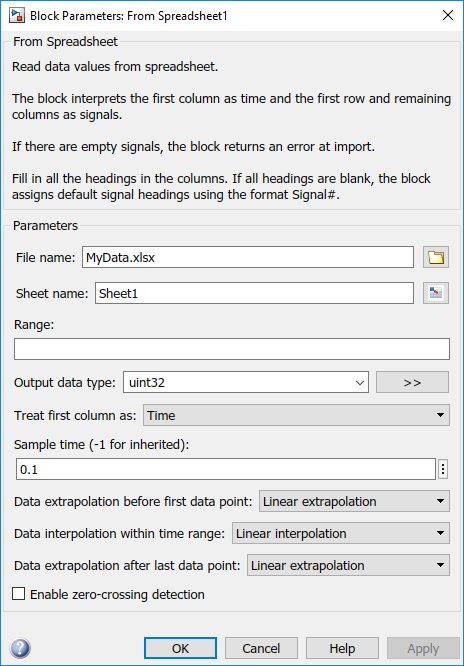 Configuring the From Spreadsheet block

Let's take a simple example Excel sheet like the following, where we have points sampled at every 0.1 seconds: 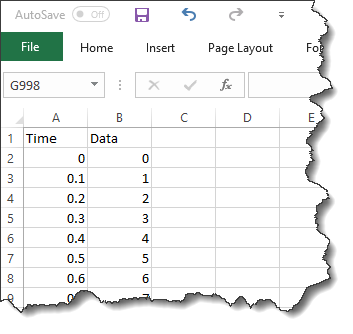 If I configure the From Spreadsheet block as in the above image, specifying that the first column is time, I will very likely see either duplicate or skipped points in the simulation.

Why is that? This is due to the same phenomenon as I explained in this previous post about importing discrete signal data in Simulink

How can you avoid this situation?

To do that, in the block dialog, set the Sample Time to the appropriate value, then set the Treat first column as to Data and specify the Range to start at the second column: 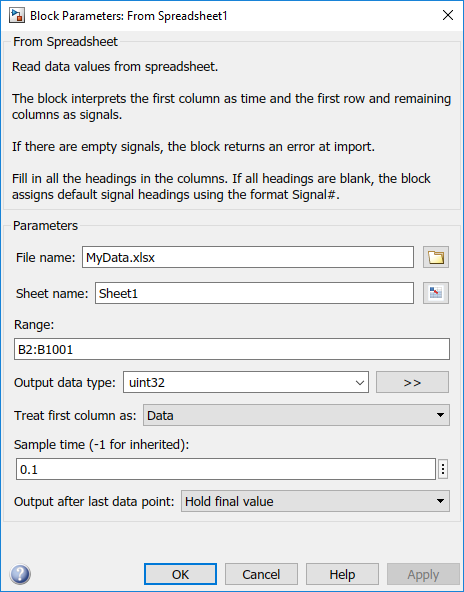 That way, the From Spreadsheet block will simply use one row of the Excel sheet at every time step.

Are you using the From Spreadsheet block? Did you run in this issue?

Let us know if you have suggestions on how we could improve the From Spreadsheet block to avoid this situation.