This week I came across some files I wrote about 16 years ago to compute Hilbert curves. A Hilbert curve is a type of fractal curve; here is a sample: 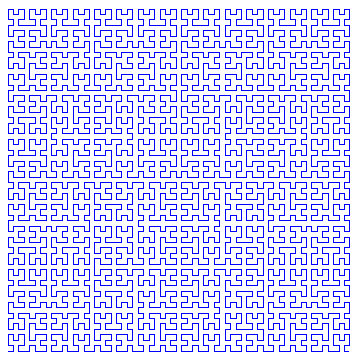 I can't remember why I was working on this. Possibly I was anticipating that 16 years in the future, during an unusually mild New England winter, I would be looking for a blog topic.

Then, build up the Hilbert curve iteratively as follows:

One way to code this procedure is to incrementally build up a set of vectors that define the step from one point on the path to the next, and then to use a cumulative summation at the end to turn the steps into x-y coordinates. Here's how you might do it. 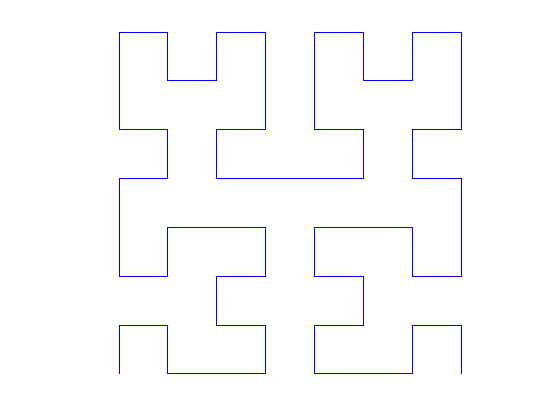 Jonas shows a much more compact implementation of the ideas above using complex arithmetic. It looks like this: 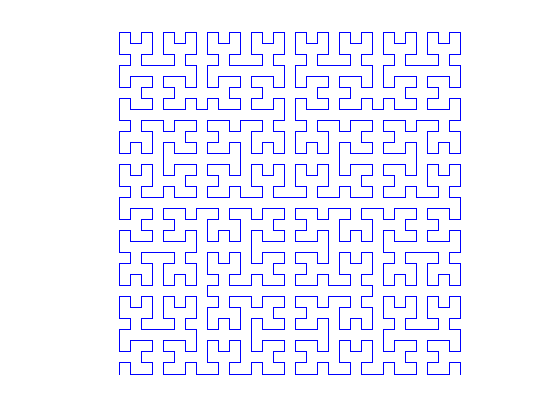 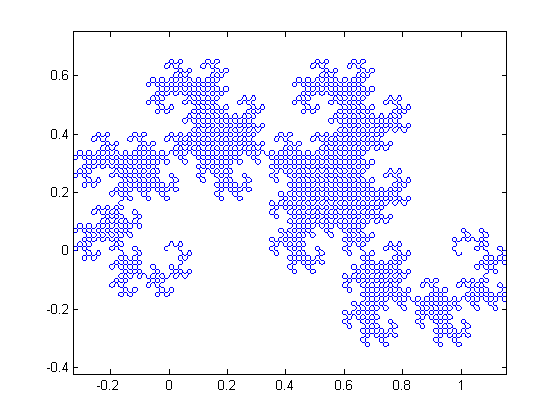 Here's a zoom-in view of a portion of the dragon. 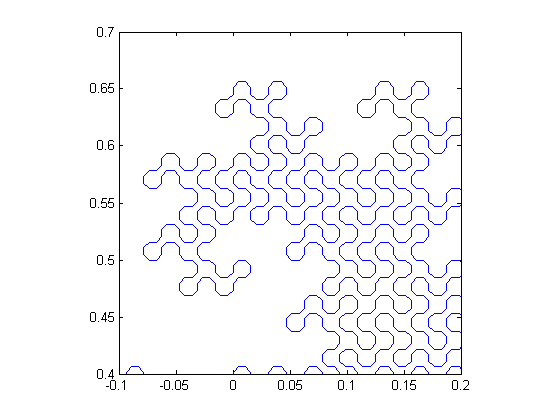 What do you think? Does anyone know of an image processing application for shape-filling curves? Please leave a comment.