What is a Surface?

What exactly is MATLAB doing when we say the following?

The answer seems obvious. We're telling MATLAB to draw a continuous surface through the points which are defined in the array which the function peaks returns. But where does that surface go in between those points? It turns out that there are some subtle issues hiding here, so let's look a bit closer.

We'll start with a smaller array so that we can see what's really going on.

Let's give that to surf and see what it draws. 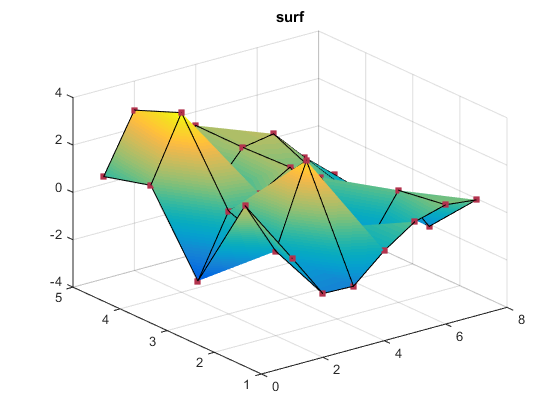 Those little grey squares are the values in the array z. It looks like the surface is interpolating linearly between those values. Is that actually what's happening? And is it the best choice?

MATLAB has a useful function named interp2 which will interpolate between the values in a 2D array. We can use interp2 to do the same sort of interpolation that surf is doing, but with more control over the interpolation.

First we'll create a high-res version of the X & Y coordinates of that surface. I've just increased the resolution by a factor of 10, but you could use any number. 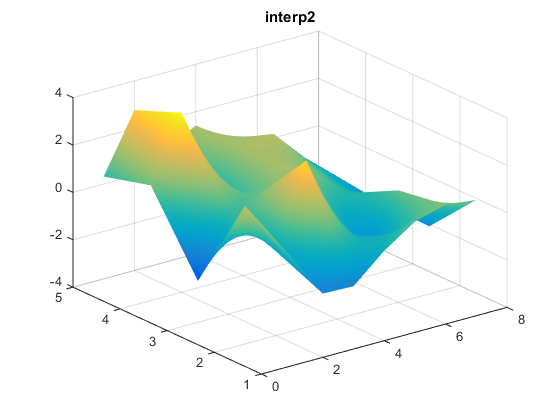 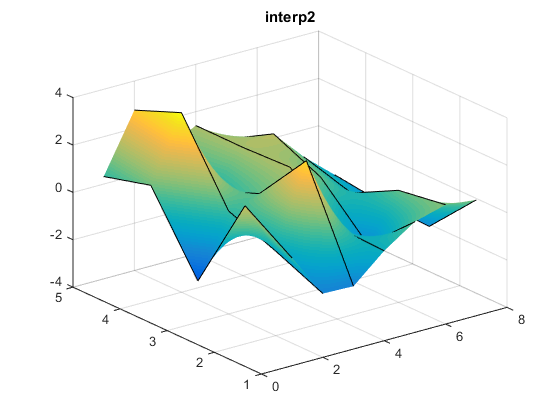 And then the row edges. 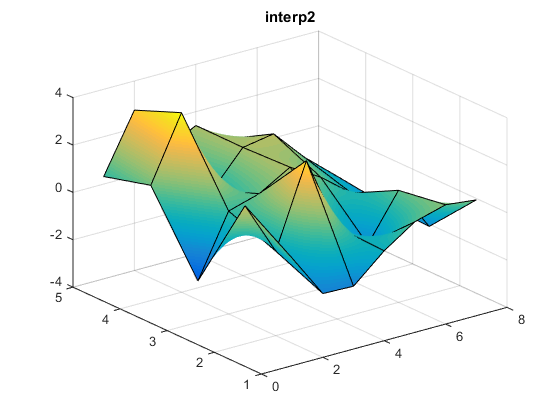 And finally we'll add the markers at the original data points. 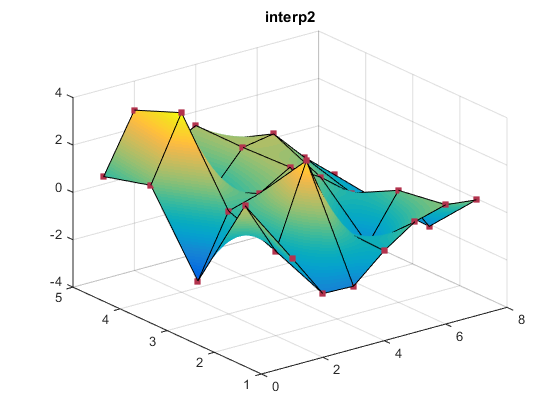 That looks pretty close to what surf did, doesn't it?

The interp2 function takes an argument named method that we didn't use before. We'd like to see what it looks like when we choose different values for method. We'll do that by converting those previous steps into the following function so that we can call it multiple times.

Now we can try the four different options for the method argument and compare the resulting surfaces. 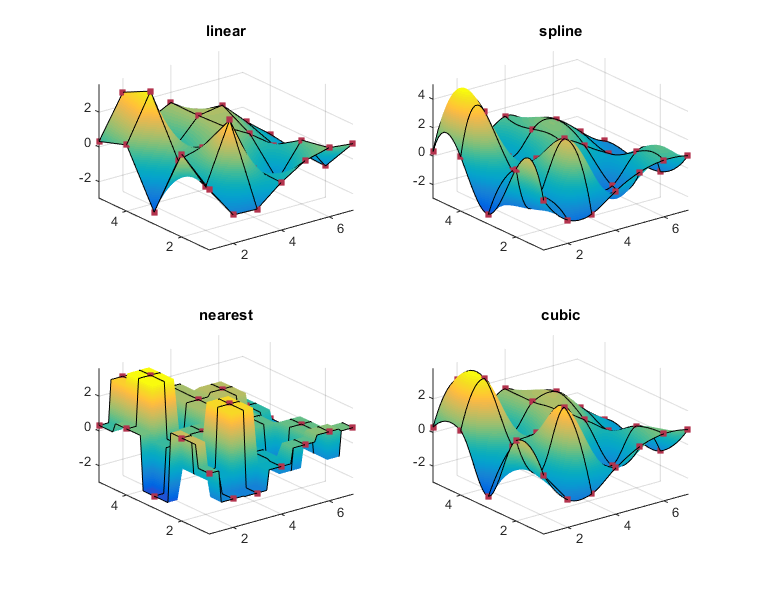 As you can see, all of these functions pass through the original points. But they behave quite differently in between those points. That's showing the difference between the various interpolation methods.

The different interpolation methods have some notable characteristics.

Of these, it looks like the linear option is the same as what surf did, but if we look closely we can see that there are actually some small differences.

Can you spot the differences?

The other equation is a linear interpolation in Y.

But the product of the two is not a linear equation. It is actually a quadratic equation which looks something like this:

In the piecewise linear case, surf is actually breaking the 2x2 square into two triangles and then performing linear interpolation within the triangle using a linear equation.

The reason that surf uses piecewise linear is that modern graphics cards can evaluate linear equations very quickly, but they're not as good at the quadratic equation we encounter in bilinear interpolation. This means that piecewise linear has an important performance advantage over bilinear.

But it does have one important weakness. It is even less smooth than the linear option because it adds an extra crease along the diagonal of each 2x2 set of neighboring points where the two triangles meet. These diagonals also mean that surf's piecewise linear interpolation is anisotropic, rather than being isotropic like the bilinear interpolation that interp2 uses. This can be important in some cases.

You can see one of the creases in the light blue square one up from the bottom in this picture. 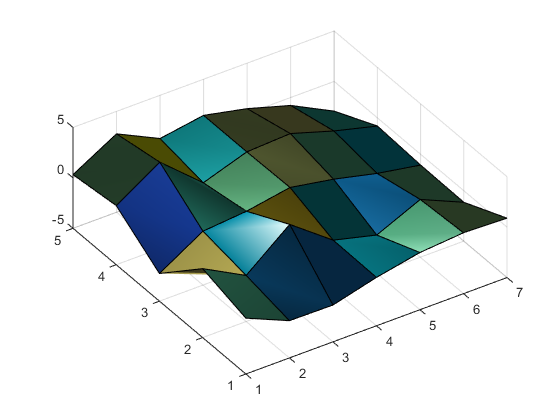 It is important to recognize when surf's interpolation scheme is not the one which is appropriate for your purposes. When it's not, you'll want to use something like the interpsurf function we wrote today.