In my last blog, I looked at image deblurring using an inverse filter and some variations. The inverse filter does a terrible job due to the fact that it divides in the frequency domain by numbers that are very small, which amplifies any observation noise in the image. In this blog, I'll look at a better approach, based on the Wiener filter.

I will continue to assume a shift-invariant blur model with independent additive noise, which is given by

The Wiener filter can be understood better in the frequency domain. Suppose we want to design a frequency-domain filter G(k,l) so that the restored image is given by

We can choose G(k,l) so that we minimize

E[] is the expected value of the expression. We assume that both the noise and the signal are random processes and are independent of one another. The minimizer of this expression is given by

then the noise power spectrum is given by

for an MxN image. This noise variance may be known based on knowledge of the image acquisition process or may be estimated from the local variance of a smooth region of the image. 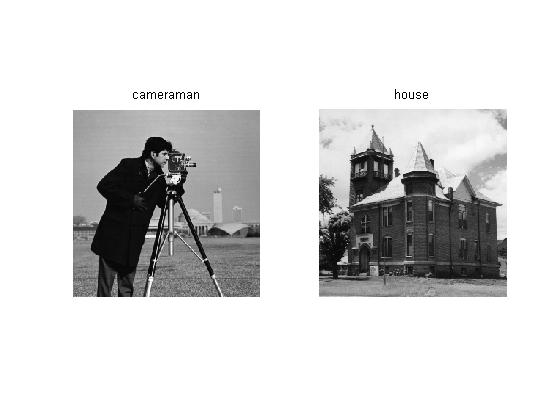 We show the actual (log) spectrum for these two images. 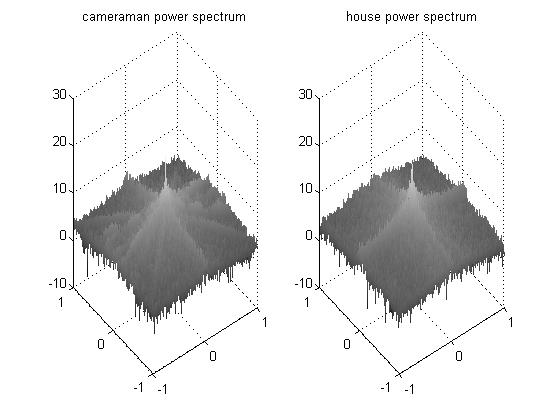 Let's see what happens if we restore the cameraman with the actual power spectrum. 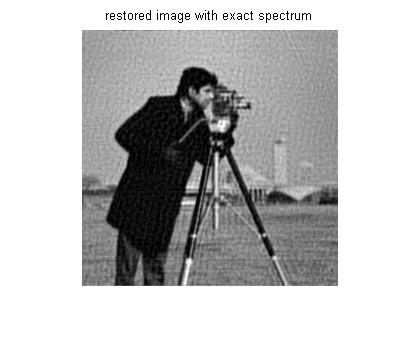 For comparison purposes, we restore the cameraman using the power spectrum obtained from the house image. 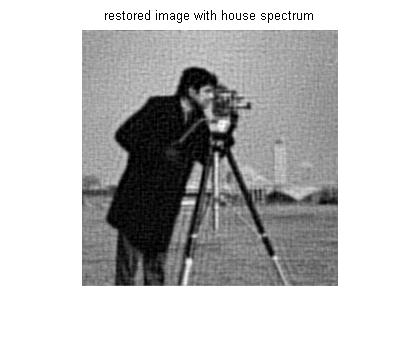 Visually, the two are very similar in quality. In terms of mean-square error (MSE), the former is better (lower), as the theory predicts:

In both cases, the spectrum is concentrated in the low frequencies and falls away at higher frequencies. A smoothed version of the spectra would look even more similar. Rather than using the power spectrum from a specific image, one can either average a large number of images or use a simple model of the power spectrum or autocorrelation function.

A common model for the image autocorrelation function is

We calculate these parameters for the cameraman, averaging over horizontal and vertical shifts to get a single parameter for the correlation coefficient. Then we calculate an autocorrelation function. 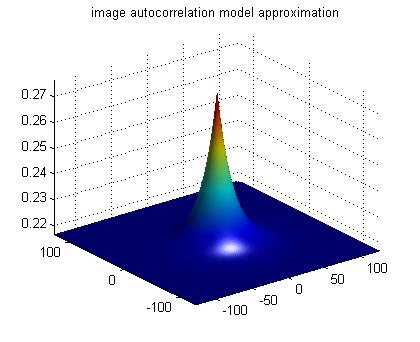 From this we calculate another restored image: 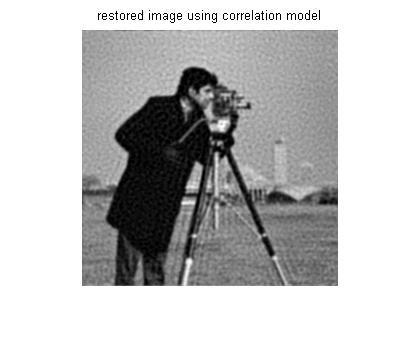