Today's blog post was written by Alex Taylor, a developer on the Image Processing Toolbox team. Thanks, Alex! 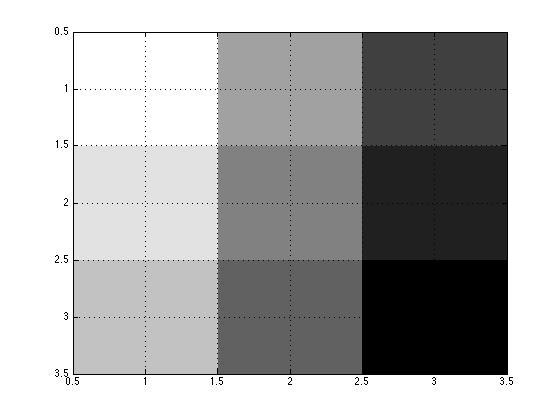 In the default coordinate system, the center of each pixel falls on an integral value that corresponds to the one-based (column,row) subscripts of the image. For example, the center of the first pixel in I is located at coordinate (1.0,1.0).

The spatial referencing objects imref2d and imref3d were introduced in the R2013a release of the Image Processing Toolbox to make it easier to work with 2-D and 3-D images in a non-default or "world" coordinate system. This blog post will focus on the 2-D case and imref2d. The following example defines a world coordinate system for the simple image I where the X limits of the image are [3 6] and the Y limits the image are [6 9]. The X and Y world limits can be defined in any consistent unit system. In this example, assume the world limits are defined in units of meters.

The equivalent spatial referencing object can be created in one line with a three-argument syntax. 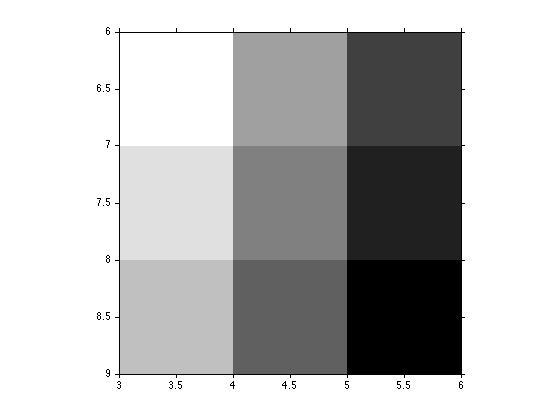 The ImageSize property defines the number of rows and columns in the associated image matrix.

The intrinsic coordinates that coorespond to this world coordinate pair fall at intrinsic (X,Y) location (2.1,1.8). This means that the value we are interested in is located between the first and second row and between that second and third column of the image I. The worldToSubscript function can be used to obtain the nearest integral row, column subscript into I at a given world location.

The use of worldToSubscript to find the closest integrally valued subscript to a given world coordinate location is equivalent to performing nearest neighbor interpolation within the spatially referenced image grid.

You can also use bilinear interpolation to estimate the value of I at intrinsic coordinates that fall between integral row,column indices.

The image display function imshowpair can be used to display overlays of image pairs and is a good example of the importance of spatial referencing in naturally geometric workflows.

Start with an MRI image of my knee after a running injury.

Resize the knee image by a factor of 0.5.

Display a falsecolor overlay of each image. Note that because no spatial referencing information is specified to imshowpair, imshowpair assumes each image is in the intrinsic coordinate system. This causes each image to be aligned at the upper left corner (0.5,0.5). 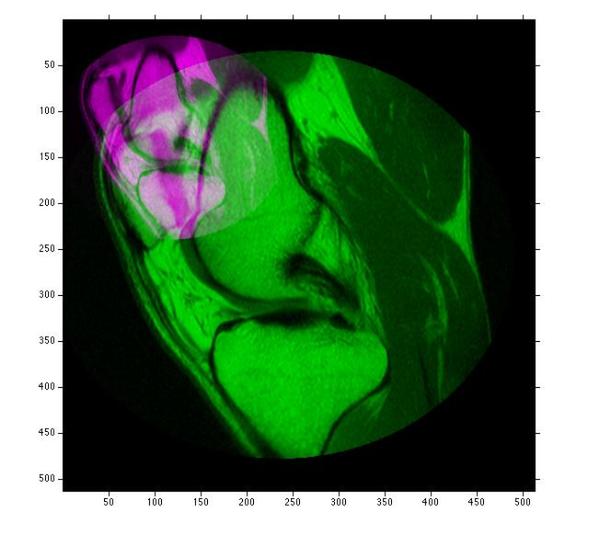 There is a one input argument syntax of imref2d that allows for easy construction of the default spatial referencing that corresponds to an image of a given size. We can pass these spatial referencing objects to imshowpair to see the same visualization of each image overlayed in the intrinsic coordinate system.

In this case, the physical size of the knee in the world is the same, but one of the images is sampled at half the resolution of the other. Adjusting the world limits of the resized image has the effect of simulating a case in which two images of different resolution contain a view of the same scene in the world. 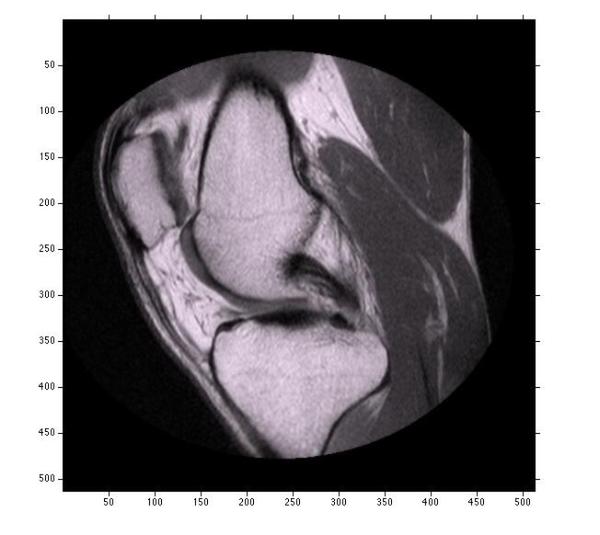 Applying a shift to the world limits of one of the images simulates image misalignment due to translation. 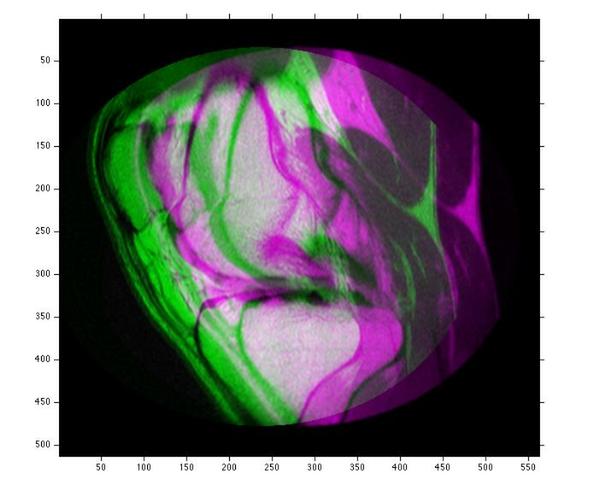 The future direction of spatial referencing in the Image Processing Toolbox

Are there any Image Processing Toolbox functions in which you would like to see the introduction of spatial referencing? If so, please let us know, we would appreciate your feedback.