The ‘World’s first’ thermal camera smartphone was launched just ahead of the Mobile World Congress in Barcelona last week, ushering in a new generation of smartphones.  The Cat s60 phone, designed by Bullitt and sold under the Caterpillar brand name, has an integrated thermal camera from FLIR.

Camera phones have come a long way since their debut. Starting at 0.1 megapixels, phones now routinely boast 16 megapixels, with some reaching over 40 megapixels. Applications have also evolved, from photos to videos and QOR codes. The sensors embedded in the cell phones have made the evolution possible.

Remember when a cell phone was only a phone? Better yet, remember when people could go a day, let alone 10 minutes, without snapping a selfie or checking the status of something with their phone? Neither do I. 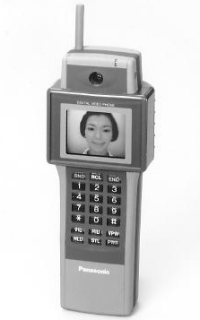 Cell phone cameras are part of our everyday lives, and their capabilities have become part of our lexicon. “Selfie stick” was added to the Oxford Dictionaries in 2015, after “selfie” was word of the year in 2013.

How much do you know about the history of camera phones? Time for a pop quiz.

(1,2,3) The first cell phone, the DynaTAC 8000x,  was introduced by Motorola in 1973 and sold for \$3,995 USD. That is more than \$21,000 in today’s dollars.  The first-ever cell phone call was made by an engineer named Martin Cooper who led the Motorola team working on the cell phone. He called Joel Engel, who was doing similar work at AT&T, to tell him that the Motorola phone worked.

(4) There seems to be some disagreement on this point since there were cell phones that you had to hook up to a computer to get your photos, and then there were integrated camera phones.  For the sake of argument, I’ll go with the phone and year noted in the EE Times article, How Camera Phones Changed the World, the 1995 Matsushita camera phone that received little to no attention at its debut. The first commercially available camera phone, the J-phone developed by Sharp, was sold in Japan in 2000. The camera phone wasn’t available in the US until 2002.

(5) The first known publicly shared picture via a cell phone was a baby picture, of course! In 1997, Philippe Kahn wirelessly transmitted a photo of his newborn daughter out to over 2000 people using software he had created and a jerry-rigged cell phone.

What’s next in camera phones?

Now, a new type of sensor was added to the not-so-humble cell phone: a thermal imaging camera. The Cat S60 camera phone is aimed at industrial use and is the first to include an embedded thermal camera.

The “rugged’ phone is designed to withstand drops and submersions.  The thermal imaging will give firefighters a way to navigate through smoke-filled rooms by seeing “hot spots” through the smoke. It can enable police to gauge when a vehicle was last driven by seeing if the engine compartment is still warm. While the capabilities are not yet aimed at the consumer market, as applications become available, the sensing technology will likely go mainstream. Just think, this is a cell phone with night vision.

“The things that this will be used for have not been discovered yet. When the camera was first in a phone I’m sure the first use case wasn’t selfies. This technology has never been in a phone before and users will see what they want to do with it,” said Pete Cunningham, senior product manager at Bullitt.

Thermal sensing is a rapidly growing area of imaging technology.  There are many applications that are now making use of thermal imagery such as security, mechanical analysis, sensor fusion, and non-destructive testing.

Combining FLIR infrared and other cameras with MATLAB provides you with a flexible environment to explore algorithms for multi-sensor systems. Using FLIR cameras with MATLAB and Simulink, you can directly capture live video and images into your image processing and computer vision workflows.

Leave a comment and let us know what applications (blush-o-meter on selfies?) you see for thermal imaging!