Back in late March, Tom Rhys Marshall discovered something about MATLAB’s handling of random numbers that he found both surprising and concerning! 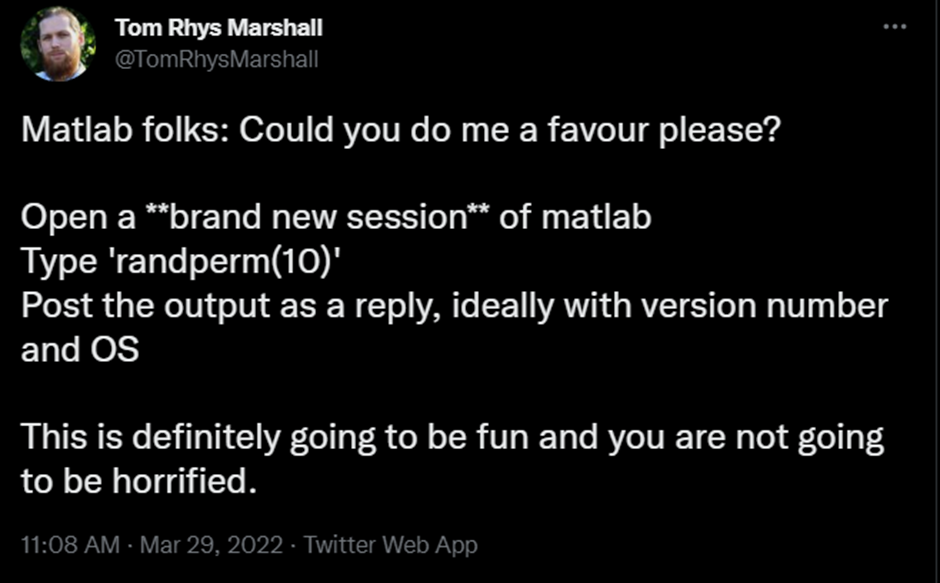 The randperm function generates a random permutation of integers so randperm(10) will return all integers from 1 to 10 in some random order. In a fresh MATLAB session that 'random' order is always the same
randperm(10)
ans = 1×10
6 3 7 8 5 1 2 4 9 10
As noted by Tom and others, the world is split into two types of people: those who think this is fine and commonly-known, and those who have no idea this was true and are very surprised and worried. 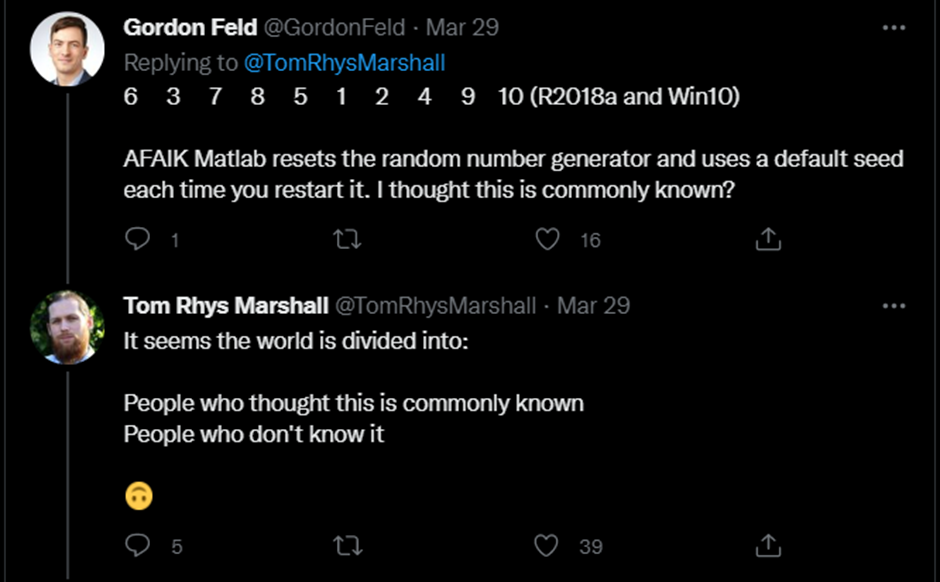