The official guidance on test-driven development is to follow the red-green-refactor cycle:

But what’s the point in starting with a test that fails? To make sure you’ve written the right test! I encountered some unexpected behaviour recently that highlighted this point.

(The Name=value syntax for name-value pairs was introduced in R2021a. It’s interchangeable with the classic (…,"Name",value) syntax.)

Let’s run the test. We expect it to fail because Library doesn’t exist.

We’ll skip over the steps of creating a blank class definition, the subsequent test failures due to a missing constructor with input arguments and a public Items property, and iteratively adding them in.

Instead, let's jump to the implementation of Library that makes our test pass:

We run the test and see that it passes: 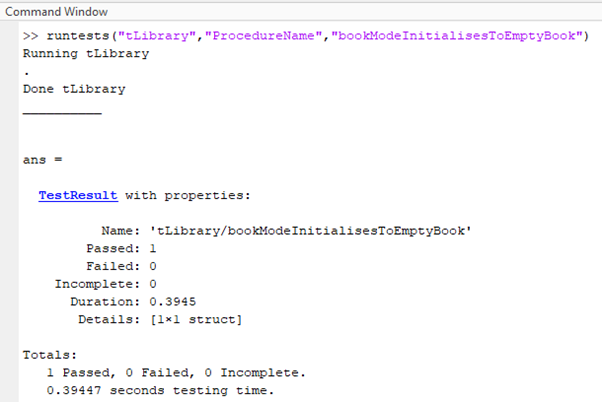 So far, so good. Now we write a test to capture film mode:

We run the test: 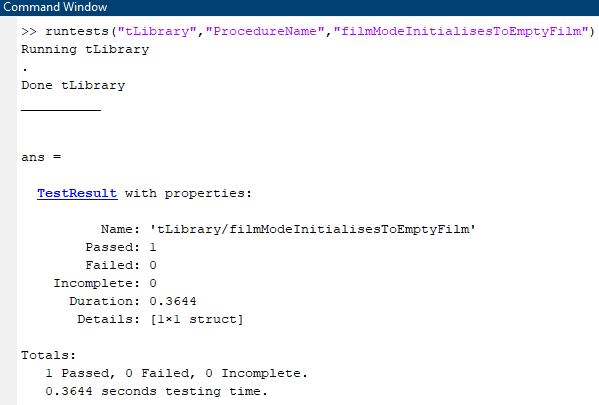 Why is it passing? We can use the debugger to inspect lib.Items manually and see that it’s an empty Book and not an empty Film. After some investigation, we find that verifyEqual relies on isequal and isequal considers two empties of different classes to be equal under some circumstances.

Whether or not this behaviour of isequal is correct, the important point for us is that we’ve written the wrong test! Our implementation could have been wrong and we wouldn’t have known. We would have achieved full coverage but our test would not have been contributing useful information.

We therefore need to rewrite our test to catch this issue: 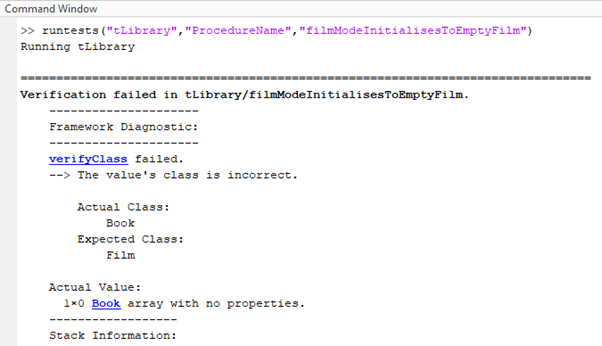