We'll start with a simple matrix with 3 different values.

We'll also want the following helpful function to label the values of our matrix.

If we create a contour with levels which are in between those values, then it's pretty straightforward. Each contour line separates two areas which are above and below the value of the contour line. 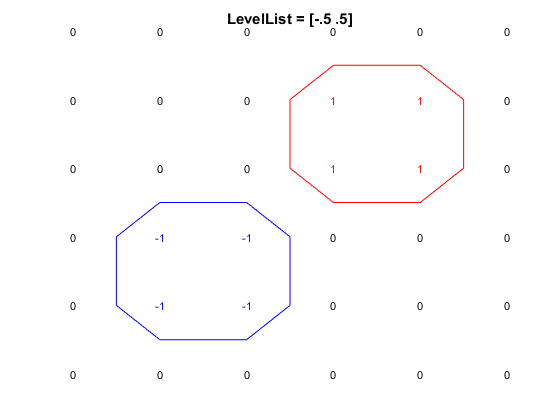 And if we move the levels very close to the values, those two contour lines move closer to the points. 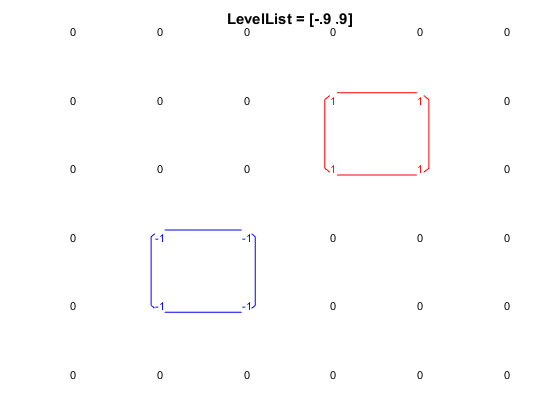 But when the levels are exactly equal to data values, we get a somewhat surprising result. 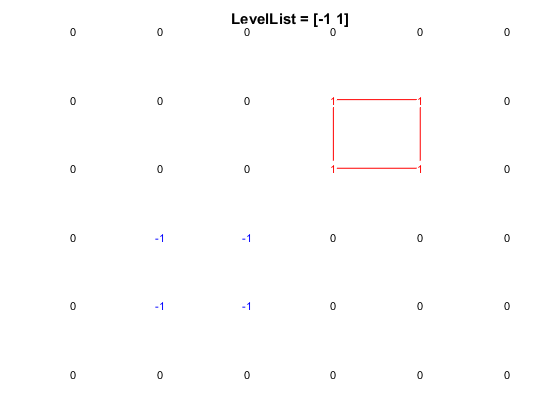 And furthermore, if flip the sign, we get a different picture. That also seems surprising, doesn't it? 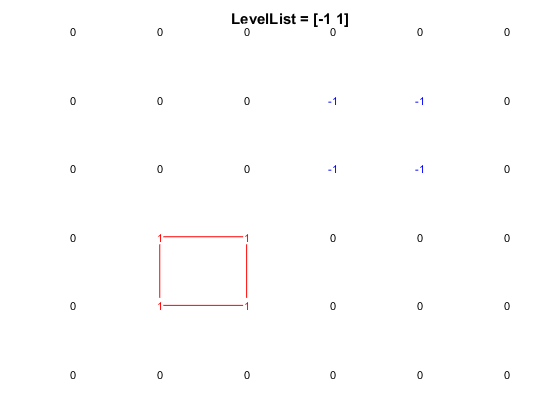 Well things really aren't symmetric here. We can see that if we add a level at 0. 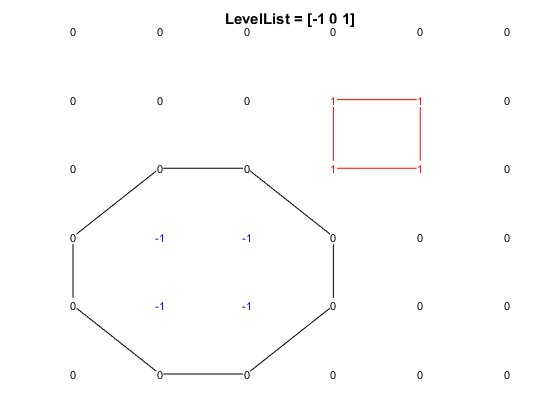 It's hard to come up with a contour algorithm which would really be symmetric in this case. Would it somehow go through the middle of the region that is all 0's? You could try that, but it turns out that there are some nasty surprises down that path because of all of the special cases. You could also try drawing a curve on each side of that region of 0's, but that'd be rather strange too. Some people have proposed that contour should fill the region of 0's, but if you try that, you'll see that it looks pretty ugly.

This is why it doesn't draw a curve for the -1 level. There are no values which are less than -1, so there is no area which should be separated from the area which is equal to -1.

If we use the contourf function, then we'll get filled polygons instead of lines. If we do, we'll see that we get the same curves for the levels 0 and 1 as we did with contour. 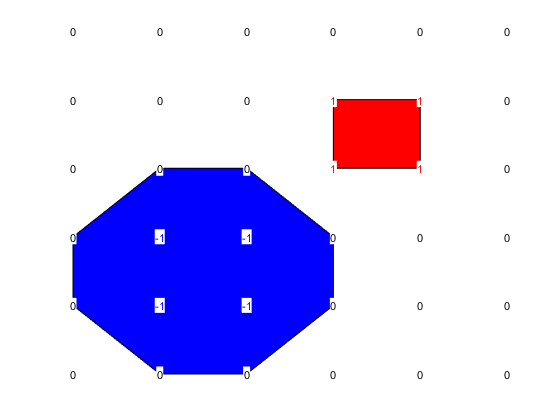 Notice that it didn't draw a square around the -1 values. This is consistent with what the contour function did. But MATLAB has historically had some inconsistencies between the rules used by the different contour functions. In R2014b we made them all use the same rule.

The isosurface function is the 3D analogue of contour. It takes a 3D array, instead of a 2D array, and it draws the surface which separates regions, rather than a curve.

We can recreate our example in 3D and see what isosurface does with it.

If we isosurface at -1/2 and 1/2, we get two surfaces, just like the two curves we got when we used those levels for contour. 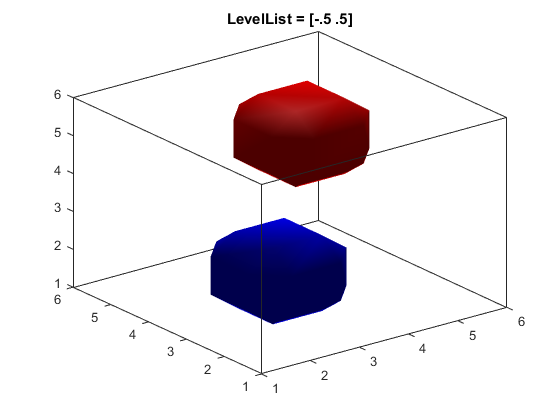 But if we isosurface at -1 and 1, we only get one. The problem is that it's the blue one, while contour gave us the red one. 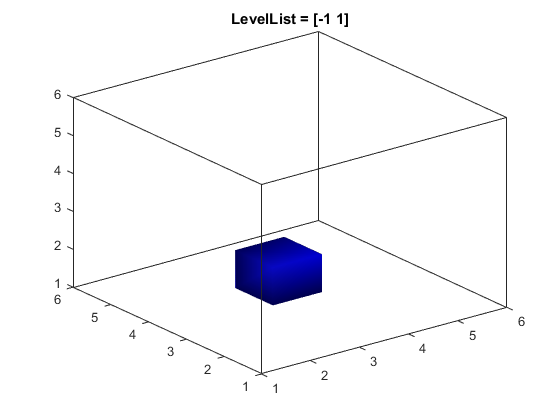 In early versions of MATLAB, there wasn't much consistency between these functions. We've now got the 2D contour functions consistent with each other, but we haven't yet changed isosurface to match.