Confession time. When it comes to writing about Fourier transforms on this blog, I'm a chicken. (For my readers not familiar with English slang, chicken in this context means a cowardly or fearful person.)

I'm a chicken because few signal processing topics cause as much confusion, and because few topics seem to inspire as many different, adamant, and sometimes contradictory opinions about the one true way to explain or implement Fourier transform concepts.

The way I see it, the confusion surrounding Fourier transforms stems from four interrelated issues. First, although most people who haven't studied signal processing in depth tend to think there is just one thing called "the Fourier transform," there are actually several. The way I count them, there are four basic types:

For mathematical analysis of linear time-invariant (or shift-invariant) systems, the Fourier transform and the DTFT are the most useful, depending on whether you are analyzing a continuous-time or discrete-time system. For numerical computation, the DFT is most useful.

The second factor that confuses people is the differing mathematical conventions that are used. The formulas vary in the use of scale factors, the sign in the complex exponential terms, the variables used, and whether sampling period and sampling frequency terms appear explicitly in the equations or are implicit.

The third confusing factor is that the relationships between the different Fourier transform forms can be quite nonintuitive, especially for people not accustomed to thinking in terms of periodic sequences, periodic symmetry, circular shifts, modular indexing, etc.

What finally convinced me to try to write a post involving Fourier transforms was a question received by one of my coauthors of Digital Image Processing Using MATLAB. The questioner wanted to know why the Fourier transform of the image below looked so funny: 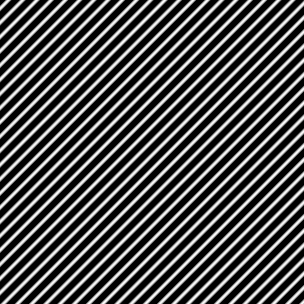 I've run out of blog writing time for today, though, so I'll just have to leave you with that teaser. I'll follow up with more about this image and its Fourier transform next time.