Earlier this month, Fox News reported, “Stunning NASA image shows ‘Morse code’ dunes on Mars.” New pictures from the surface of the red planet showed an uncharacteristic collection of dots and dashes reminiscent of Morse code markings in the sand, albeit at a relatively large scale.

NASA shared the images of the Martian surface, taken earlier this year by a high-resolution camera called HiRISE (High Resolution Imaging Science Experiment) as it orbited the red planet. HiRISE is one of the three cameras aboard the Mars Reconnaissance Orbiter (MRO).

HiRISE is a visible camera designed to reveal relatively small-scale objects in the debris blankets of mysterious gullies on Mars as well as details of geologic structures of canyons, craters, and layered deposits on the planet. The other cameras on the MRO were designed to provide wider views of the terrain and to monitor Mars’ weather and multitude of dust storms. HiRISE is one of six science instruments for NASA’s MRO. Image credit: NASA

Were the markings really Morse code? No, they simply bear a striking resemblance to the dots and dashes first used in 1836 as part of an electric telegraph system.

As NASA explains, the dots and dashes seen on Mars are sand dunes created by the wind. The area in the photo is a circular depression, likely an old impact crater. The reason for the unique patterns is not completely understood but is thought to be the result of the limited amount of sand at the location and the circular shape of the depression.

According to NASA, “The “dashes” are linear dunes formed by bi-directional winds, which are not traveling parallel to the dune. Instead, the combined effect of winds from two directions at right angles to the dunes, funnels material into a linear shape. The smaller “dots” (called “barchanoid dunes”) occur where there is some interruption to the process forming those linear dunes. This process is not well understood at present and is one motivation for HiRISE to image this area.”

HiRISE is the largest telescope ever sent to another planet. It acquires images at 30 cm/pixel scale. Dr. Alfred McEwen is a professor at the University of Arizona, the principal investigator of images from the HiRISE camera on NASA’s MRO. The HiRISE team uses MATLAB in their image processing subsystem that removes distortions due to the optics and focal plane array to correct images for spacecraft jitter as necessary.

“We used MATLAB for measurement and correction of pointing jitter, and for auto triangulation before Socet Set stereo topographic processing.”
– Dr. Alfred S. McEwen, director of the Planetary Image Research Lab at the University of Arizona’s Lunar and Planetary Laboratory.

HiRISE also utilizes MATLAB to create the digital terrain model (DTM) from the imagery and LIDAR data. These DTM images are stunning color images, and can be seen here.

This wasn’t the first reported sighting of Morse code on Mars. But the earlier reports were actual Morse code. The Engineers at Nasa’s Jet Propulsion Laboratory (JPL) had modified the tire treads on the NASA’s Curiosity rover to create the following pattern:

Were they trying to hide an “Easter Egg” on the surface of Mars? No, it turns out that the code in the tire treads serves an important purpose. 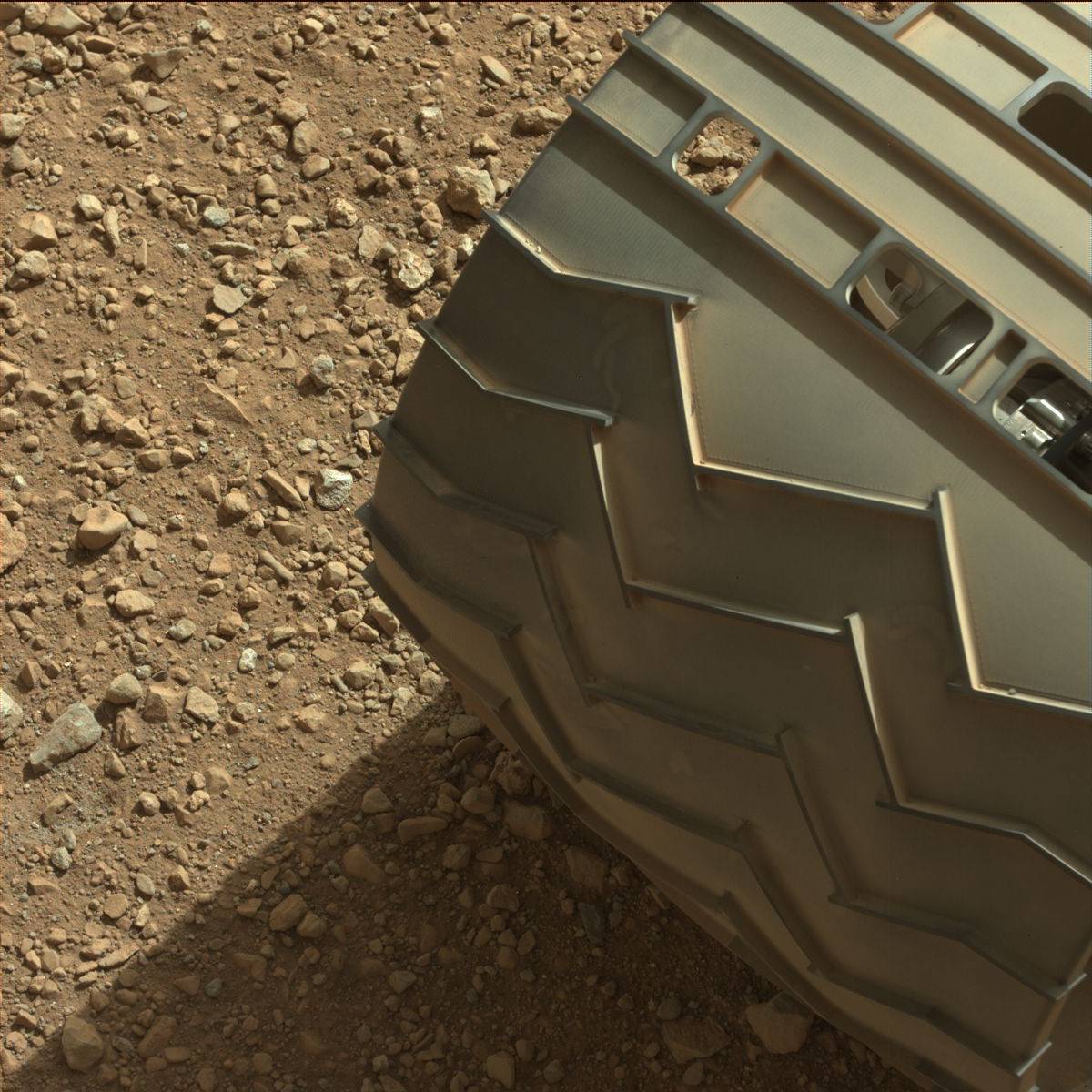 “The purpose of the pattern is to create features in the terrain that can be used to visually measure the precise distance between drives,” said Matt Heverly, the lead rover driver for Curiosity at JPL.