Deep learning is affecting the way we interact with technology. Fortune’s article, “Why Deep Learning is Suddenly Changing your Life”, describes how deep learning is responsible for the immense improvements in many applications, from voice recognition to language translation.

Deep learning is a form of artificial intelligence that teaches computers to learn by example. Deep learning models, trained by using a large set of labeled data and neural network architectures that contain many layers, routinely achieve impressive accuracy. (If you’d like to learn more about deep learning, check out this MATLAB Tech Talk.)

Poachers have gone high-tech, using night-vision goggles, GPS, and machine guns to kill elephants and rhinos for their tusks and horns. According to the Lindbergh Foundation, an elephant is killed every 14 minutes, and 2 rhinos are slaughtered each day: “At this rate, African elephants and rhinos will be extinct within 10 years.”

To take on the poachers, the Lindberg Foundation has also turned to technology. The Foundation created a program, Air Shepherd, that strives to use “technology to balance the effects of human development on the environment.” Air Shepherd uses surveillance drones and infrared sensors to locate poachers at night and radio their location to Rangers who intercept the poachers before the animals are killed.

Air Shepherd is the only non-military operation that flies exclusively at night and beyond line-of-sight of the drone operators. The fixed-wing drones provide silent flight. The data captured by the drones’ onboard sensors is sent to a mobile command center, where it is analyzed and monitored. As part of its ongoing mission to use technology to stay one step ahead of the poachers, Air Shepherd is actively incubating new technologies such as laser and radar-based sensors, big data analytics, as well as neural networks and pattern recognition to identify objects in the images.

Earlier this month, ZDNet reported, “Neurala partners with Lindbergh Foundation to use drones to combat poaching.” The article explains how Neurala’s technology will assist Air Shepherd’s analysts in identifying animals, poachers, and vehicles from the terabytes of data created by the drones’ video feeds. The software-based predictive analysis will help stop poachers before they can reach target animals.

While the Air Shepherd program takes to the skies to protect large wildlife on the ground, the BeeScanning App uses ground-based monitoring to help much smaller airborne creatures: Honeybees. Inverse reported that one-third of the honeybees in the US died last year. The continued loss of honeybees is threatening the global food supply.

Varroa mites are the largest threat to bee colonies. Once the small, red parasites that attach themselves to honeybees they can spread and destroy the entire hive.

Monitoring the bees manually is difficult and time-consuming, so Swedish beekeeper and inventor Björn Lagerman is turning to deep learning and smartphones to help preserve bee colonies. 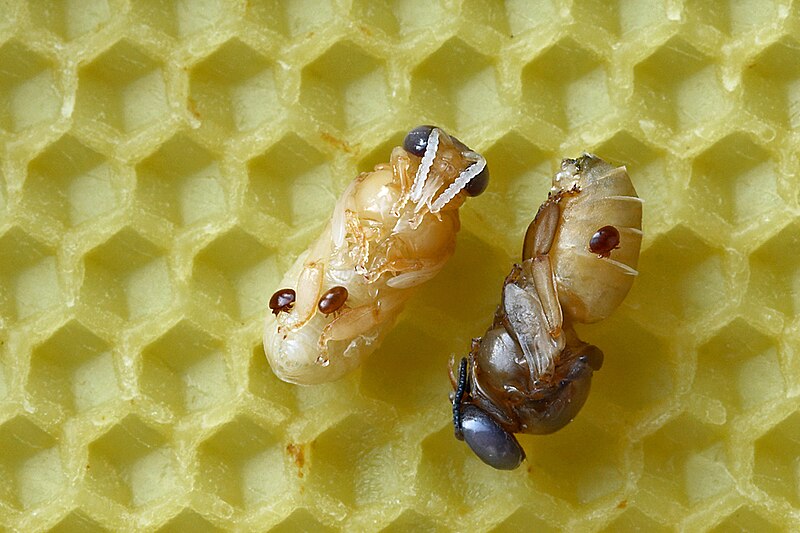 BeeScanning is a smartphone app that uses deep learning to analyze images of bee colonies to determine if they are infected by varroa mites. TechCrunch reported, “This is where the group’s machine learning proficiency comes into play. Because the red mites contrast strongly against the back of the bees, an object recognition algorithm can be used to quickly check batches of bee images for the pests.”

The team at BeeScanning is in the process if collecting 40,000 images. These images will be used to train the model. To benchmark the app’s results, the team will manually count mites after washing them off bee colonies. BeeScanning will be valuable to beekeepers to help protect existing colonies. It can also help identify mite resistant bees.

A project called FishFace is using machine learning to help the wildlife of the deep. FishFace is basically facial recognition for fish, but instead of scrutinizing individual faces, the program will use machine learning to identify the species of fish caught and count the fish as they are hauled out of the ocean. The goal is to reduce overfishing by obtaining more accurate data from commercial fishing operations.

The technology is being developed by The Australian arm of The Nature Conservancy (TNC). The group recently obtained a boost in funding from Google as a People’s Choice win in the Google Impact Challenge.

“The world is running out of fish. Global peak fish catch occurred in the 1980s and the global catch has been declining ever since. In fact, 64 percent of fisheries are now overfished and 90 percent of all fisheries have no effective management in place,” claims TNC on its website.

“The next step for this project is to make this system even more efficient by piloting the technology to collect species type and length automatically as fish are landed. The Nature Conservancy’s Indonesia Fisheries program is working with 2 technology companies that use machine learning to sort and recycle cell phones to develop a prototype, called Fishface, that applies this same technology to species identification for fish.

The ultimate goal is to build this technology into a smart phone app that could be used on fishing boats throughout the region and eventually be deployed around the globe. Through the use of affordable image recognition software that will detect species and length from photos, much faster and more accurate sorting of fish will be possible at the processing plant, or even as it is landed on the boat and entering the hold,” – The Nature Conservancy