An impeccably-preserved fossil discovered in Germany was brought back to life with the help of a CT scan, a 3D-printer, computer simulations, and MATLAB. Well, okay, not exactly back to life. But thanks to researchers from Humboldt University of Berlin and École Polytechnique Fédérale de Lausanne, technology has the Orobates pabsti up and walking around, at least in robot form.

Orobates pabsti is one of the earliest creatures to walk the Earth, predating well-known dinosaurs such as the Tyrannosaurus Rex by more than 200 million years. According to Science News, “Using computer simulations, re-created skeletons, fossil trackways and a walking robot dubbed the OroBOT, scientists found that this ancient four-footed creature had a surprisingly efficient gait.

Researchers first described the fossil in 2004, and they were able to connect the fossilized tracks to the fossilized species in 2007. What makes this so unique is that it is the oldest combination of fossilized remains paired with tracks.

Scanning the fossil in 3D, the team created a computer model of the skeleton. Evolutionary biologist John Nyakatura at Humboldt University in Berlin told Phys.Org, that they painstakingly modeled each and every bone. 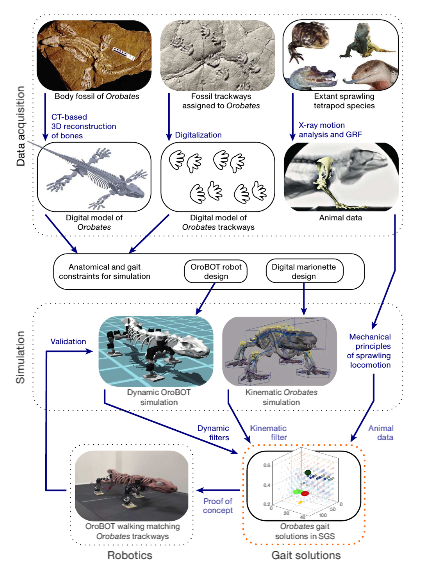 With these models, they created a simulation of the skeleton, including the potential range of motion for each joint. But that alone was not enough to determine how the creature moved. How large was its stride? Did it slither or scamper?

To determine stride, they programmed the skeleton to walk in the tracks the ancient vertebrate made hundreds of millions of years ago. But the skeleton model and stride still did not provide enough information on how the ancient creature moved. Did it walk with its body skimming across the surface, or in a more upright manner? To determine the most likely form of locomotion, the team also created digital models using X-ray videos of modern-day reptiles, including caimans, skinks, iguanas, and salamanders. They created kinematic models of how these creatures moved. The kinematic models helped the researchers narrow in on the Orobates gait.

The study was published in Nature on January 16th. 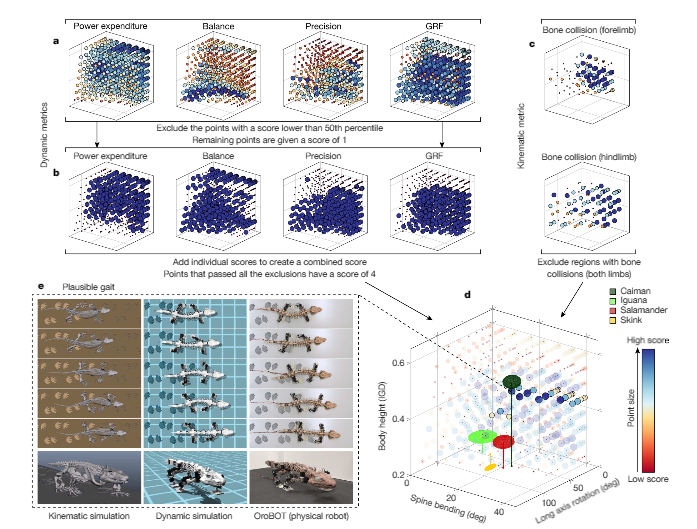 “Because the researchers had to decide which of those characteristics were most important, they’ve released their whole data set (with other options) online for anyone who wants to weigh them differently, Nyakatura said. For those who want to try out their own interpretation of Orobates’ locomotion, the team’s interactive simulations are available online to play with.”

The online simulation enables users to change variables such as power expenditure and balance and see how the gait is affected. It includes models for the four modern-day reptiles as well. ­­ 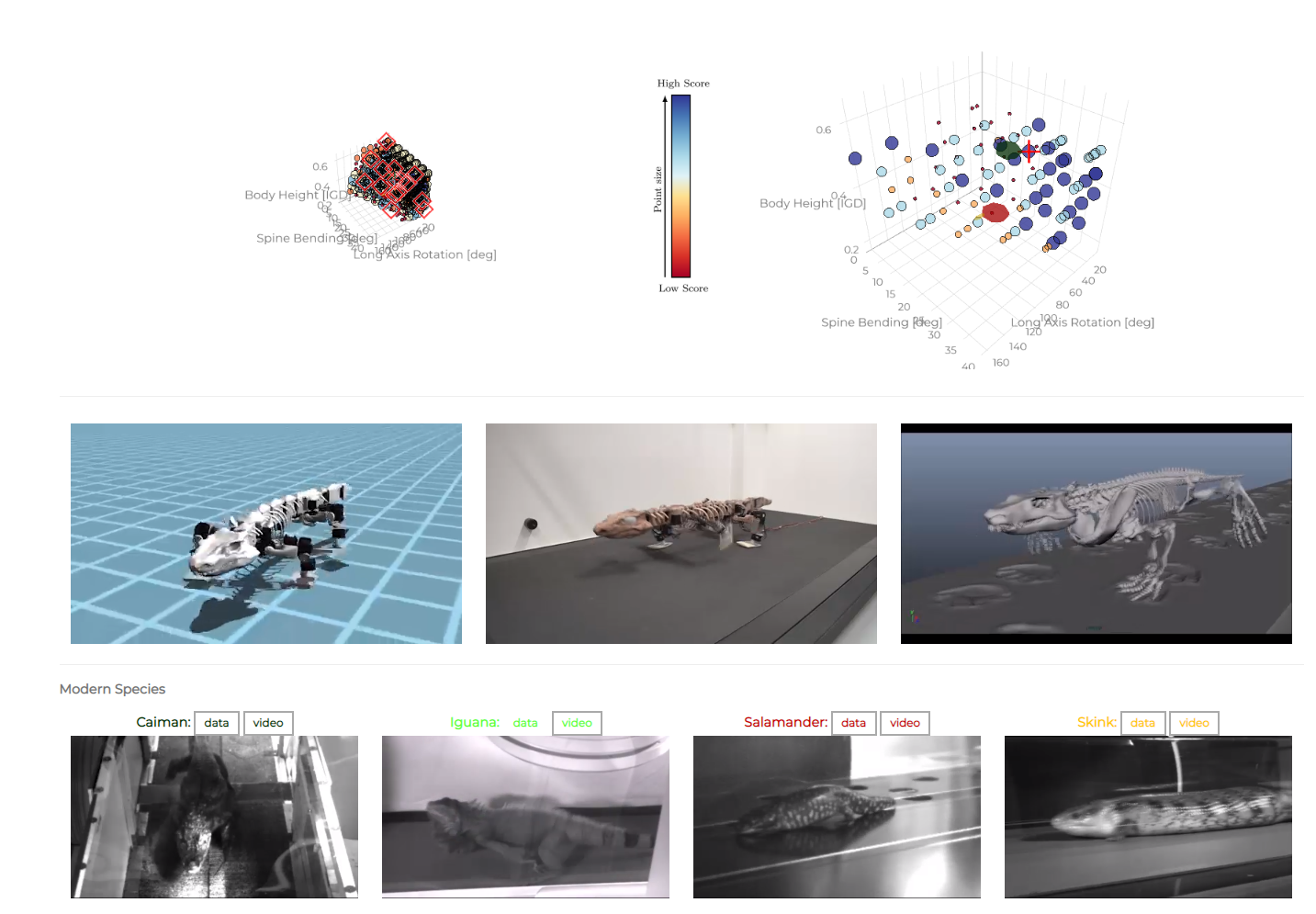 The code and data for this paper are available online. This includes the MATLAB code used for the data processing and analysis as well as the Webots model.