With the notable exception of owls, parrots, and very few others, birds don’t blink like humans. They don’t close their top and bottom eyelids completely. But birds have a third eyelid, a thin membrane that closes sideways. A semitransparent film, the nictitating membrane, slides across their eyes when they blink. It momentarily obstructs their vision. Their blinks serve the same purpose as ours: keeping their eyes clean and moistened.

The New York Times article, To Study Blinking, a Scientist Needed a Literal Bird’s Eye View, reported on recent research that examined how birds blink before, during, and after flight. The resulting study, published in Biology Letters, focused on Grackles.

Grackles resemble crows and blink sideways like other birds. So, if you get in a staring contest, you might not even notice when they do blink. But, as birds fly through the air, this loss of vision could prove harmful, especially as they soar past obstacles or attempt to land on rustling branches. 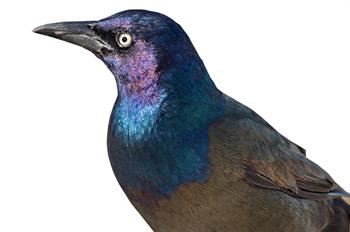 Dr. Jessica Yorzinski, a sensory ecologist at Texas A&M University, studied these birds’ blinking behavior to understand better how the creatures balanced their need to blink with their need to see their environment clearly during flight. She fitted the birds with tiny camera systems to study their blinks.

Blink, and you’ll miss it.

The camera system included a headpiece with two cameras, one focused on each eye. The cameras connect to a backpack that contained a battery-powered transmitter. The entire system weighed a minimal 73g as not to overburden the birds’ flights. 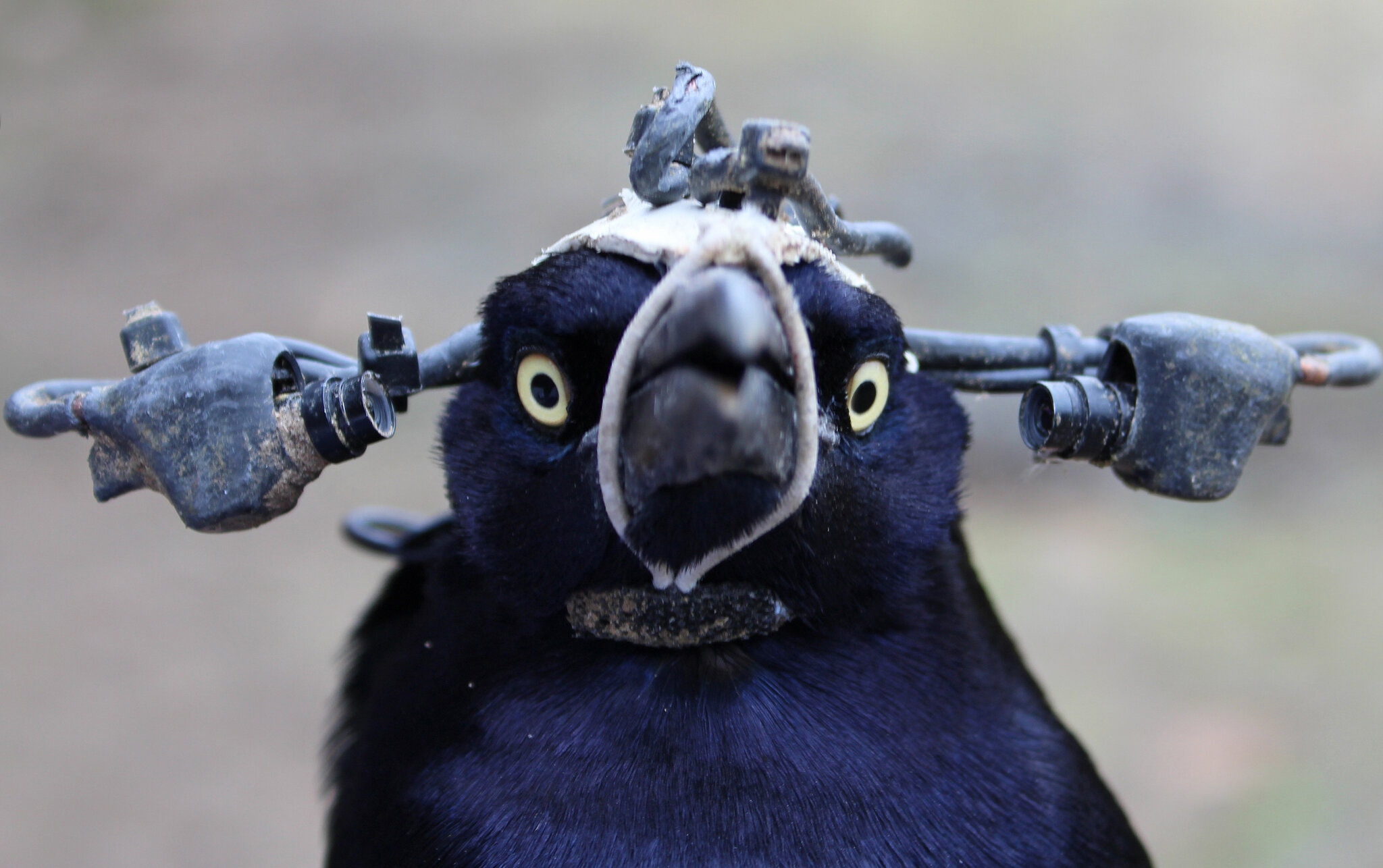 A grackle is outfitted with cameras to observe its blinking. Image credit: Yorzinski, Biology Letters.

The birds’ blinks were recorded before, during, and after they flew a short distance. The camera system transmitted the videos to a nearby computer.

Dr. Yorzinski measured the blinking behavior using Apple Quicktime, breaking down the flight videos into stages. She separated the videos into segments showing standing, lift-off, flight, and landing again. She used MATLAB to determine the blink rate, blink duration, and percentage of time spent blinking. These values were calculated for each flight stage.

To blink or not to blink.

The results confirmed that birds are strategic blinkers: They blink the least when they are landing. They blink the most immediately after landing at the moment of impact.

Dr. Yorzinski reported seeing clear patterns in the birds blinking patterns. While the birds were in flight, their blinks were quicker than when they were on the ground. Just before landing, they barely blinked.

“Maximizing the visual input they get during these critical stages of being in flight and landing makes a lot of sense,” she told The New York Times.

The highest risk of colliding with an object is during rapid flight; choosing a landing spot also poses risks to the birds.

Think of a bird alighting on a branch, Dr. Yorzinski told The New York Times: “If they were off a little, they might be landing on nothing and fall to the ground.”

“I think it’s quite remarkable that they’re able to adjust their blinking at this fine-scale during times when it’s so important for them to be aware of the environment around them,” Yorzinski told The New York Times.