There's a function in the Image Processing Toolbox that I'm not especially fond of: impyramid.

I shouldn't tell you who designed this function, but I'll give you a hint: his initials are "Steve Eddins."

Years ago, we had occasional user requests for creating multiresolution image pyramids, such as Gaussian pyramids and Laplacian pyramids. I thought these requests would be easy to satisfy by impyramid, but I was wrong. I was reminded of the problems by some code written by one our Pilot engineers, Steve Kuznicki. Steve made a nice of use impyramid to implement a multiresolution image blending method, but weaknesses in the design of impyramid made some of the code awkward. Today I want to discuss those weaknesses. In a follow-up post later, I'll demonstrate some possible improvements.

I'll start by explaining multiresolution pyramids. Below an example of one. This form is sometimes called a lowpass pyramid. 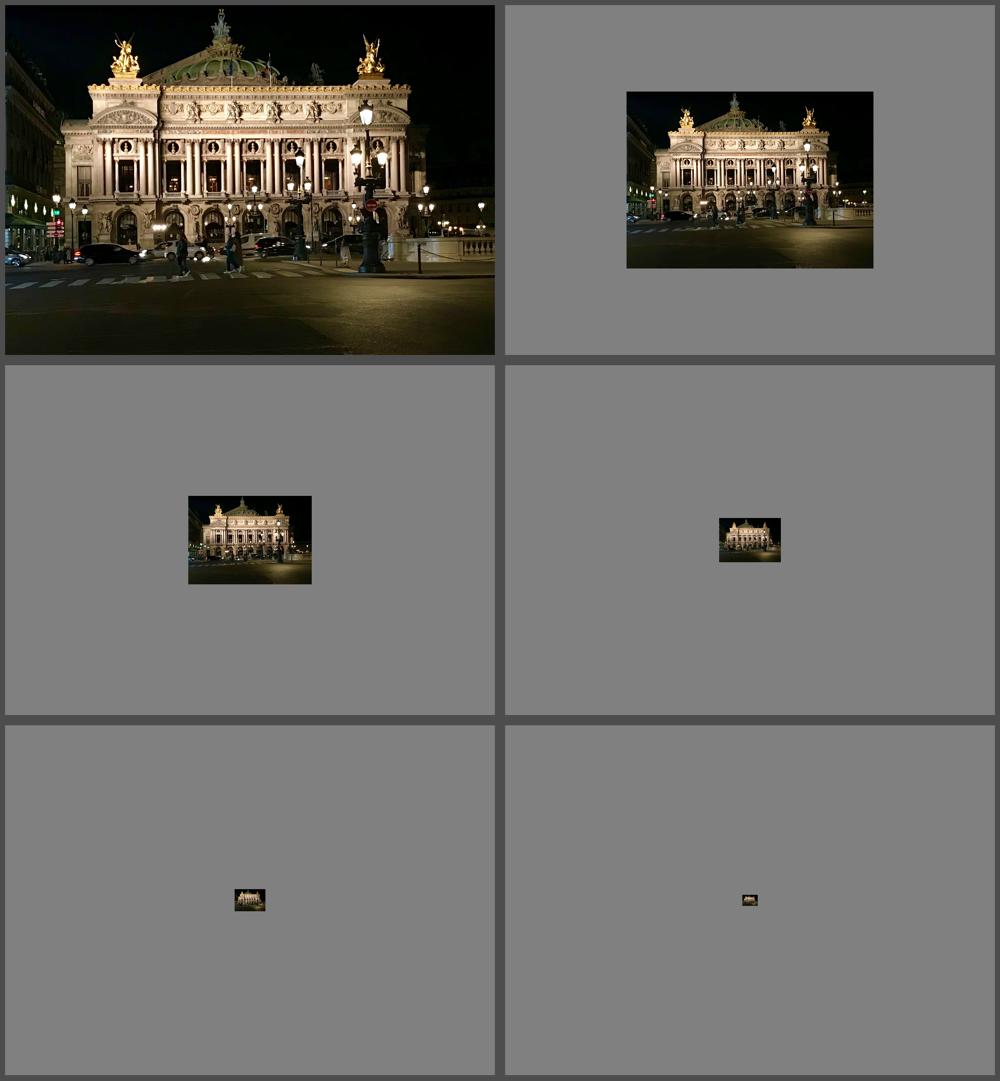 So, I think "multiresolution pyramid" and "lowpass pyramid" are both sensible terms, but why is this frequently called a "Gaussian pyramid"? The answer comes from an implementation technique described in Burt, "Fast Filter Transforms for Image Processing," Computer Graphics and Image Processing, vol. 16, pp. 20-51, 1981. Burt described a procedure for forming a multiresolution pyramid by filtering at each step with the kernel $h_1(x)$ in Fig. 2 from the paper: 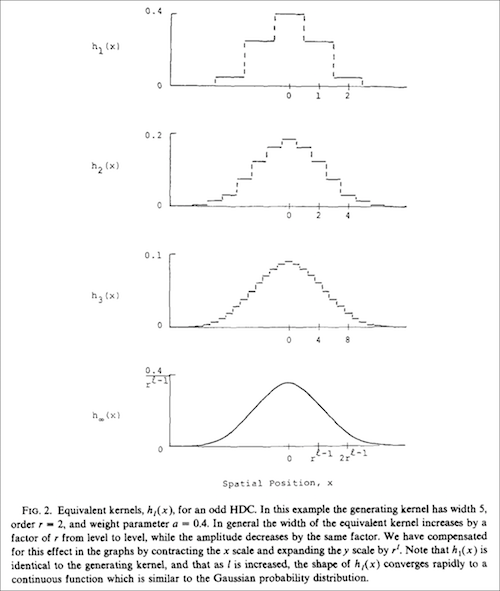 As you successively apply this filter at each stage of a multiresolution pyramid, the overall effect becomes similar to filtering with a continuous Gaussian-shaped kernel, and this is where the name Gaussian pyramid comes from.

At the time this paper was written, computers were vastly slower than they are now, especially with floating-point computation. The floating-point convolution of a 512x512 image (considered large then, and considered quite small now) with a filter of modest size could take minutes.

That explains part of the significance of Burt's implementation method. Not only is the filter applied at each pyramid stage very small, but when $a = 0.375$, all the filter coefficients are exact binary fractions and so can be implemented by direct processor bit-shift instructions on the integer pixel values. That allowed for reasonably fast implementations on the computers of that time.

When I try to put impyramid to good use, or when I have seen other people try to use it, the following problems stand out to me:

Extra credit: Do you know what building is in the image above? If so, leave a note in the comments.