Typing several commands to run at the command line can be tedious and hard to read. After typing in several long commands, the text scrolls way over and it is hard to see exactly what has been typed. In the example below, I typed several commands to generate the quiver plot. 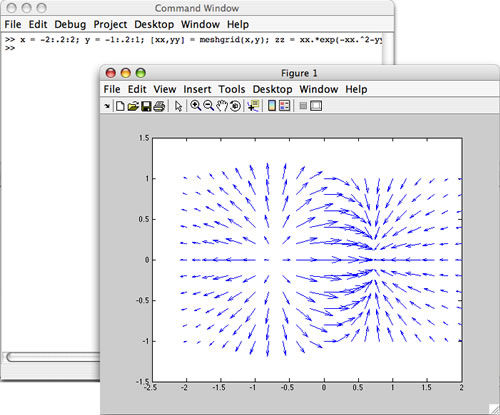 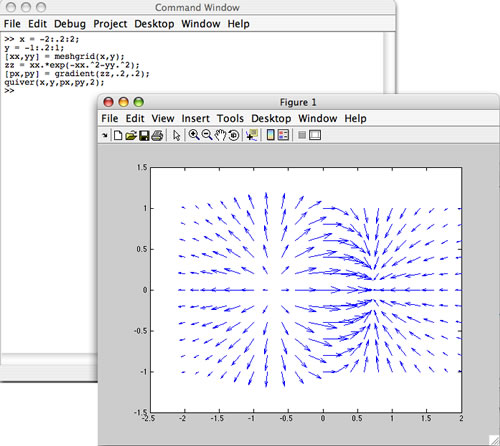 This example is from the 3-D Demo, Quiver section.