Some of you may be saying, “Wait a minute, I know I can move around a command-line much faster than I can move the mouse and click on windows and buttons”. The truth of the matter is, though, the more complex a command-line system gets, the more excise (waste) is generated. That excise includes things like memorizing commands and remembering exactly how to use them and when they can be applied.

When developing MATLAB’s first graphical user interfaces (many years ago) we came up with a couple guiding principles, the first of which was aimed at reducing the aforementioned excise:

Over the years, MATLAB has gone from this: 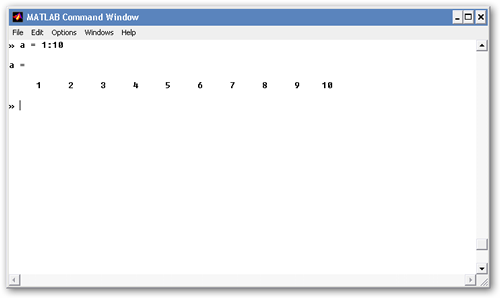 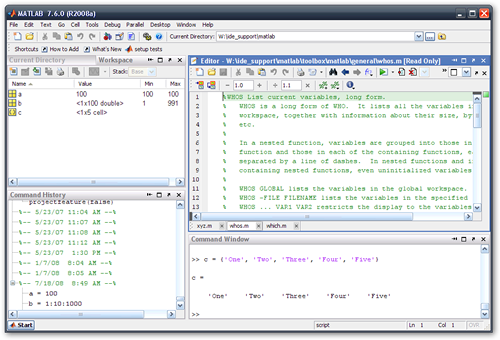 Quite a stark contrast between MATLAB version 4.2 and version 7.6!

I think we’ve adhered to those original principles pretty well. Since that command-line interface in version 4.2, we’ve exposed a number of major workflow items:

This certainly isn’t an exhaustive list of the information and state that’s been made more transparent, but it certainly encompasses some of the core aspects of MATLAB that have been exposed.

Exposing this information helps make the second guiding principle, Increase user productivity, possible. Having a clearer more readily apparent overall picture (a.k.a. mental model) means you can spend more time thinking about what you want to do rather than how you want to do it.

What are some areas you think the MATLAB Desktop could better expose information to the user?