When we look at performance scaling through this lens, we'll keep coming up with charts that look something like this: 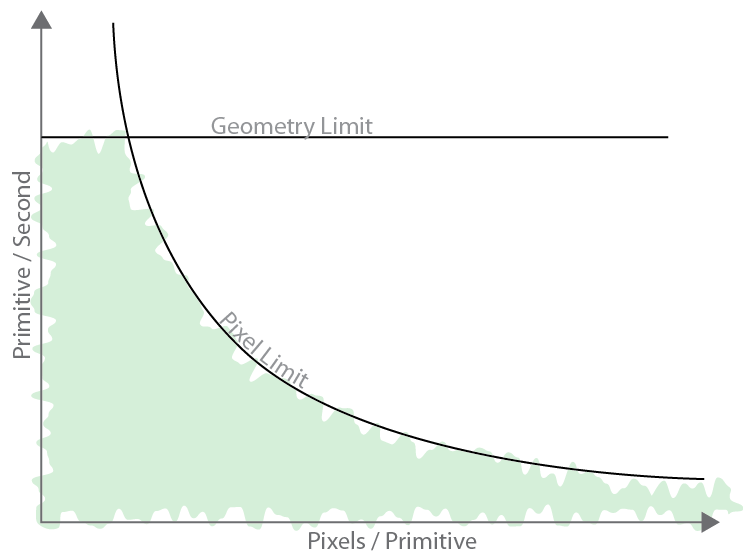 In this chart, the X axis is the size of the object we're drawing in pixels, and the Y axis is the number of objects we can draw per second. As you can see, I've sketched two curves on the chart. The one labeled "Pixel Limit" is a hyperbola which represents a constant number of pixels per second. The other curve is a horizontal line which I've labeled "Geometry Limit". These are also known as the "fill rate" and "setup rate". To a first order approximation, the "pixel limit" is a function of the details of the graphics card's memory system, and the "geometry limit" is a function of the graphics card's GPU. When we measure performance, we'll find that we always get numbers that are somewhere in the green shaded area. It isn't possible to cross over those two curves. In fact, as we'll see, it is usually pretty hard to get results up in that corner where the two curves meet. Real, measured data usually rounds off the corner between these two curves.

So let's collect some measurements and see how real data compares to this sketch. The following chunk of code creates 2,500 triangles and spins them around for 150 frames. It spins them using the hgtransform technique I described in this post. 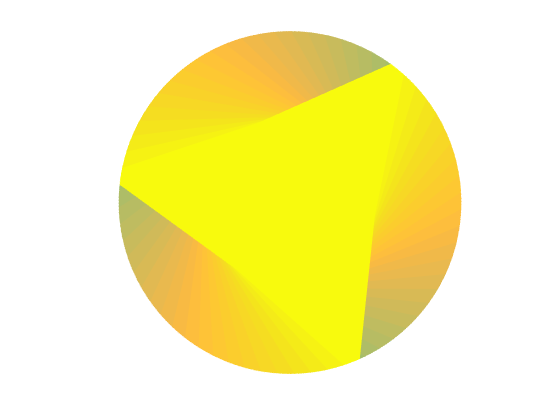 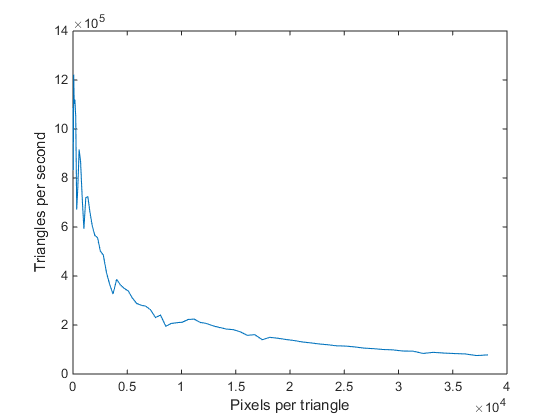 That looks kind of like the curve I sketched, but with a lot of noise for the small triangles. To make things clearer, lets add a "hyperbolic grid" with the following function: 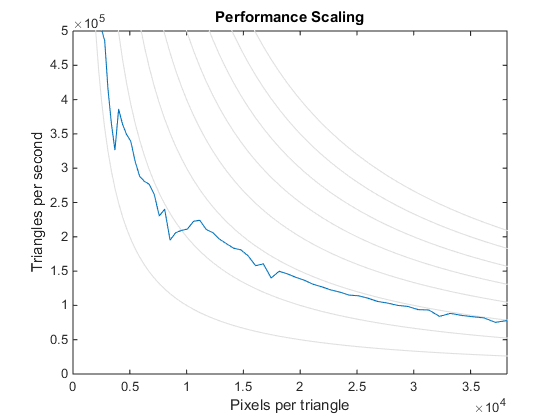 Now we can see that the curve doesn't actually follow one of the hyperbolas. The fill rate for small triangles is actually quite a bit lower than the fill rate for large triangles. This is something that you'll often see in real data. What's happening here is that the graphics card's memory system is very wide. That's part of the trick that makes a graphics card's memory system so fast. When we're drawing small triangles we're not touching enough neighboring pixels to take full advantage of the width of the memory system and so we lose some efficiency. But the details of shape of the pixel limit depend on your graphics card. In this case, I'm using a nVidia Quadro K600.

I've run that code above with a number of different settings and we can use these results to see how those settings affect graphics performance. For example, how does the SortMethod property affect performance? The default was childorder because those triangles are all at Z=0. When I switch to

I get a different results. 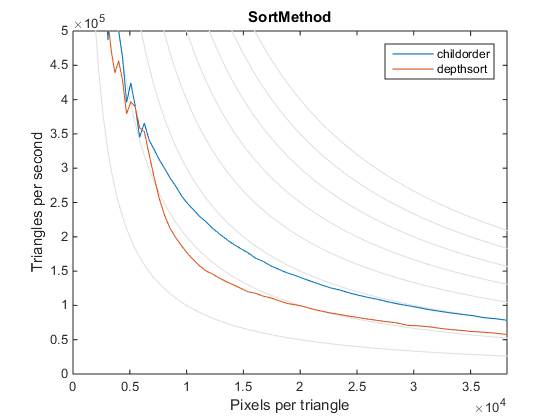 You can see that the pixel limit is lower for large triangles, but for small triangles the difference is pretty negligible because of those efficiency issues. You can also see that the depthsort curve is a little unusual because it doesn't "droop off" on the left side. This is actually a result of some interesting optimizations that modern graphics cards use to accelerate depthsorting for small triangles.

What about software opengl? How does it's performance compare to the hardware? 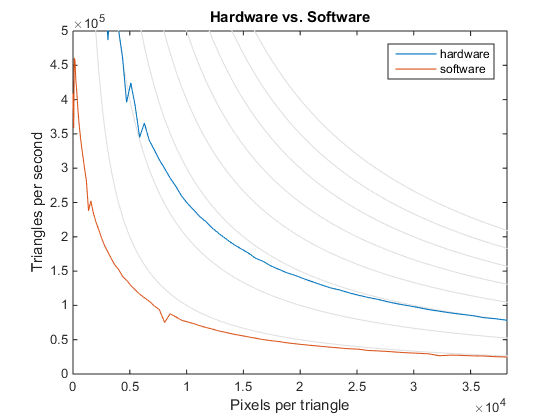 We can see that using software opengl affects both limits, and quite substantially. The difference between these two curves will, of course, depend on what type of graphics card your system has. But it does highlight the importance of making sure that your graphics card drivers are up to date so that MATLAB can use hardware OpenGL.

And finally, how do different versions of MATLAB compare? 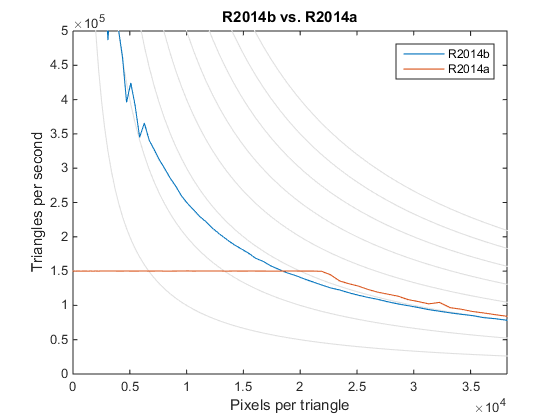 I should mention here that there are per-pixel costs in initializing the window and in swapping the completed picture onto the screen. This means that to get the most accurate versions of these curves we should really scale the size of the figure window rather than just the size of the triangles we're drawing into the figure window. But doing that made the code a bit more complex, and it really doesn't have a very large effect in this particular case, so I haven't done that here. But you might find that useful if you try to do this sort of area scaling analysis.

As you can see, this view of performance scaling is a powerful one for understanding the bottlenecks in your graphics system. This is often the first technique I try when I'm trying to understand a new graphics performance issue.