About twelve years ago, I was implementing the algorithm that became roifill in the Image Processing Toolbox. In this algorithm, a specified set of pixels is replaced (or filled in) such that each of the replaced pixels equals the average of its north, east, south, and west neighbors. I had implemented an iterative algorithm, which worked but was slow. When I asked MATLAB creator and company cofounder Cleve if he knew a better way, he immediately replied, "It looks like a sparse linear system to me. Why don't you just use backslash?"

Now here I am again, looking at a very similar set of equations and thinking again about using sparse backslash.

We'll start by making a test "DEM" to work with. I like using peaks. 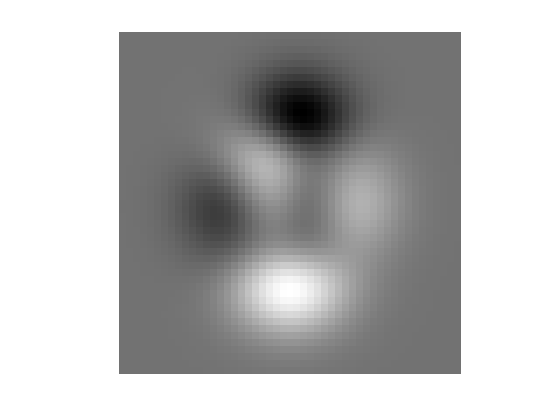 Next, compute the pixel flow directions, using the function dem_flow from my upslope area contribution on the MATLAB Central File Exchange.

And here are the corresponding north neighbors:

The angle pointing inward from a pixel's north neighbor to itself is -pi/2:

With these functions, we can compute the north neighbor weights for all the pixels at once:

Ignoring the other neighbors for the moment, the upslope area equation looks like this:

So each row of our matrix is going to have a 1 on the diagonal, and it's going to have the negative of the directional flow weights for each of its neighbors. If we used only the northern weights computed above, we could construct the sparse matrix this way: 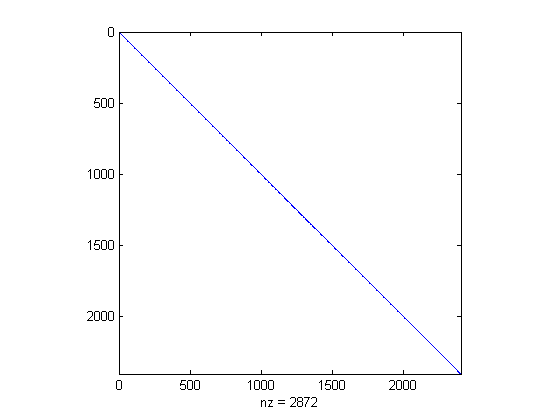 We have to zoom in to clearly see the off-diagonal terms: 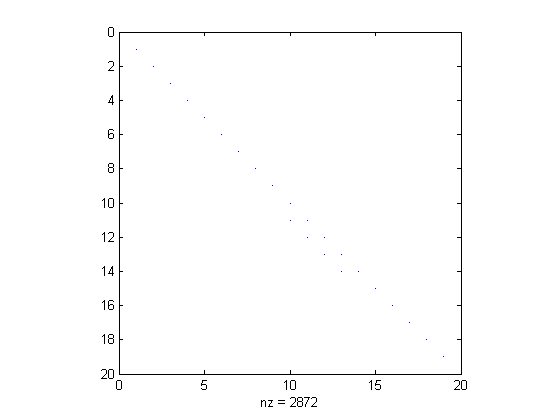 I'm going to call T the flow matrix. To finish computing T, we'd have to repeat some of the steps above for each of the seven other neighbor directions, which is way too tedious to reproduce here. I'll just use the flow_matrix function in my MATLAB Central File Exchange submission:

Now we can compute the upslope area of each pixel by solving the matrix equation:

where T is the sparse matrix we just formed, a is the vector of upslope areas for every pixel, and b is a vector of ones. 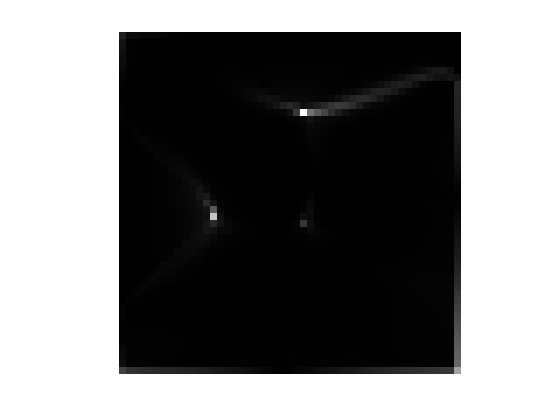 I have found that using log(A) works well for visualizing an upslope area matrix: 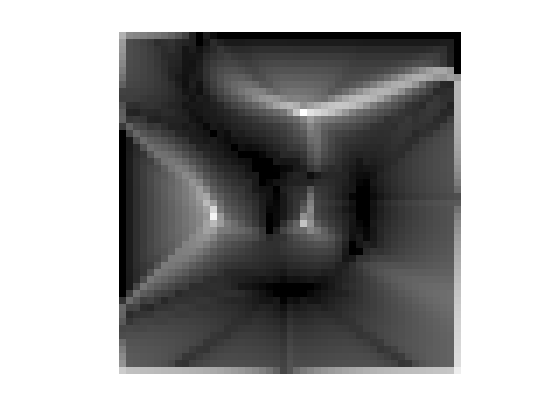 The brighter values have the highest upslope areas.

In my next post in this series, I'll revisit the issue of handling plateaus.