I'll show one method using the same small binary image that I've been using in my other recent bwlabel posts. 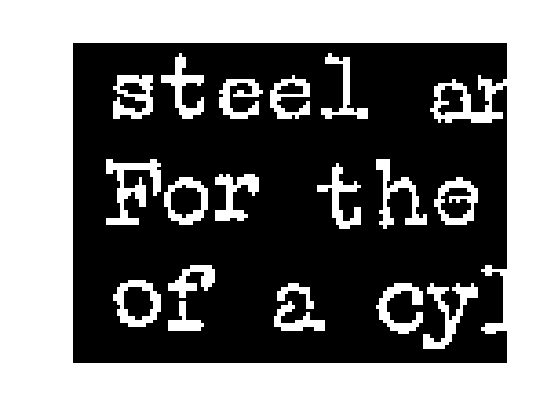 Compute and display the labeled objects. 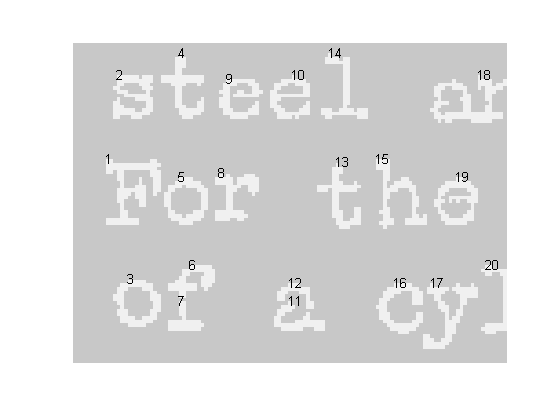 Now let's try a morphological closing operation on this image. 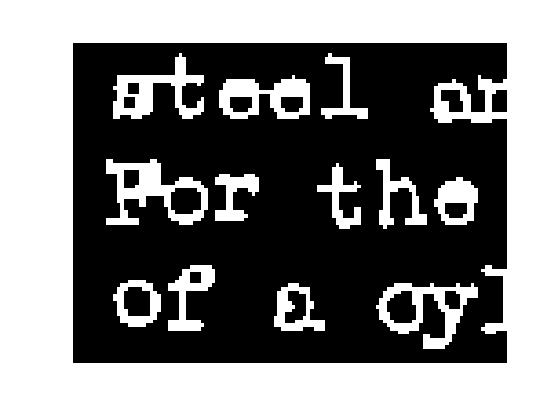 Compute and display the labeled objects in the second image. 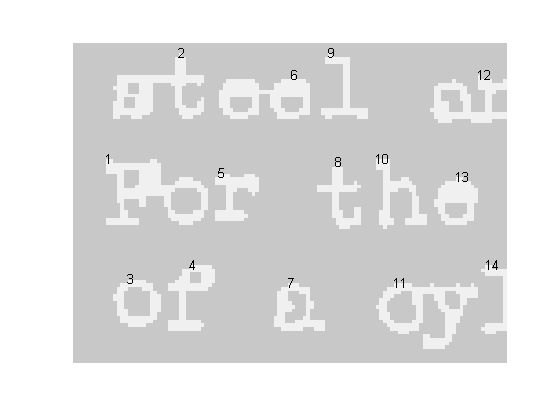 Compare the two sets of labels visually. You can see that the broken "f" character on the bottom line was labeled with 6 and 7 in the first image. In the second image, the broken pieces have been merged and labeled with 4.

On the first line of the first image, the "s" and "t" characters are distinct and are labeled with 2 and 4, respectively. In the second image, they have been merged into one object that was labeled 2.

Let's see how to compute all of the correspondences between the object labels in the two images. First, compute the set of pixels that belong to the foreground in both images.

Next, compute the corresponding label pairs by using logical indexing into the two label matrices.

Let's look at a few of the pairs to see how to interpret their meaning:

Depending on your application, you might want to form an adjacency graph, represented as a sparse matrix. 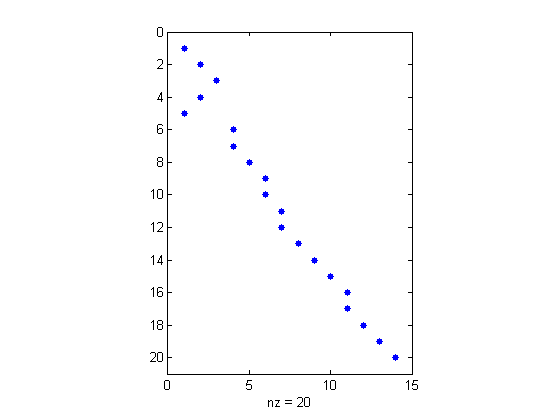 My other recent bwlabel posts were about search order and relabeling. You can also look the archive of all my posts about connected-component labeling.