Let me start by displaying a small magic square using the image function, and then I'll compare with a display using imagesc.

Let's display A using image and a 256-color grayscale colormap. 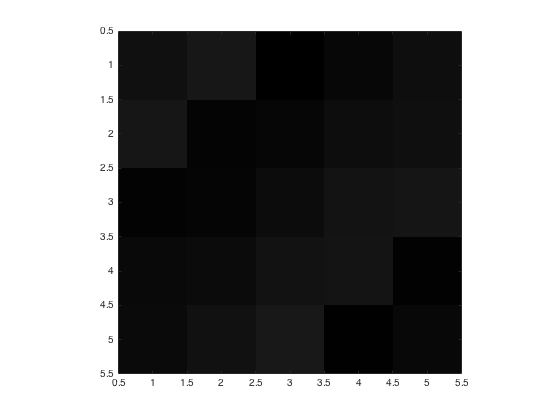 Notice the displayed image is very dark. That's because the values of A vary between 1 and 25, and so the image uses only the first 25 colors of the grayscale colormap, all of which are very dark. 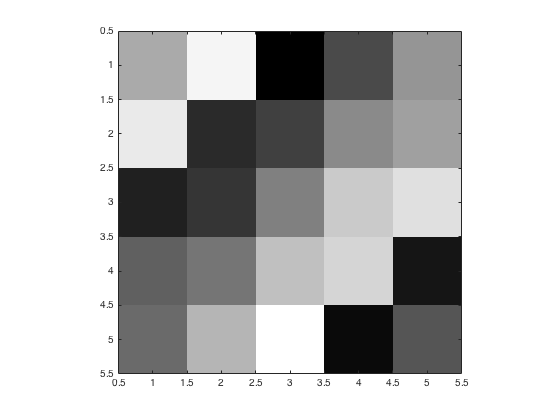 If you switch colormaps, the values of A will be scaled and displayed using the colors in the new colormap. 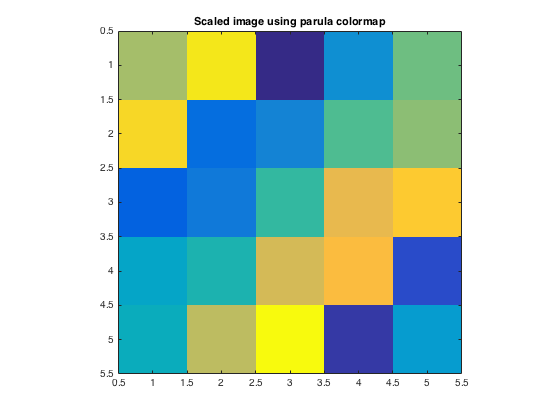 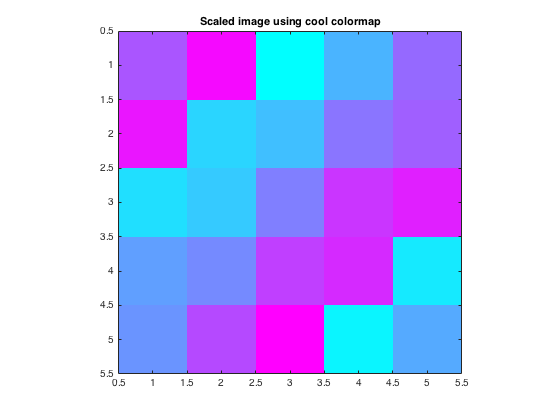 Now let's look at the graphics object properties that control this behavior. The functions image and imagesc both return an Image object if you call them with an output argument. (I'll close the figure so it isn't displayed here. For the moment, I just want to look at the Image object that gets returned.)

Image objects have a property called CDataMapping. The image function creates an Image object with the CDataMapping property set to 'direct' by default. With this setting, values of A are used directly as indices into the colormap.

Compare that with the Image object created using imagesc.

It's not a coincidence that the the CLim property contains the minimum and maximum values of A. The imagesc function does that by default. But you can also specify your own color limits using an optional second argument to imagesc. 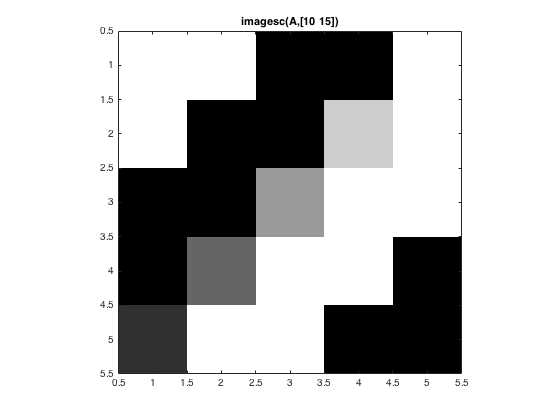 Scaled image display is very important for engineering and scientific applications of image processing because we are often looking at something that is not a "picture" in the ordinary sense. Rather, it's often an array containing measurements in some physical unit that's not related to light intensity. For example, I showed this image in my first image display post earlier this month: 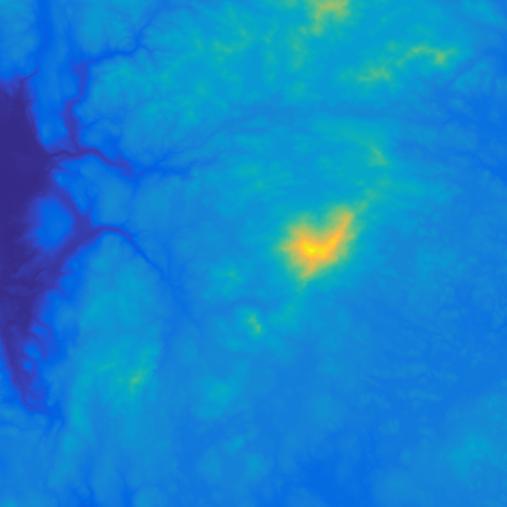 Next time I'll talk about grayscale and binary images.