Despite recent appearances on the blog, I still exist! It's just been a little crazier than usual for the last month or so.

Here's an image suffering from an extreme case of nonuniform illumination. 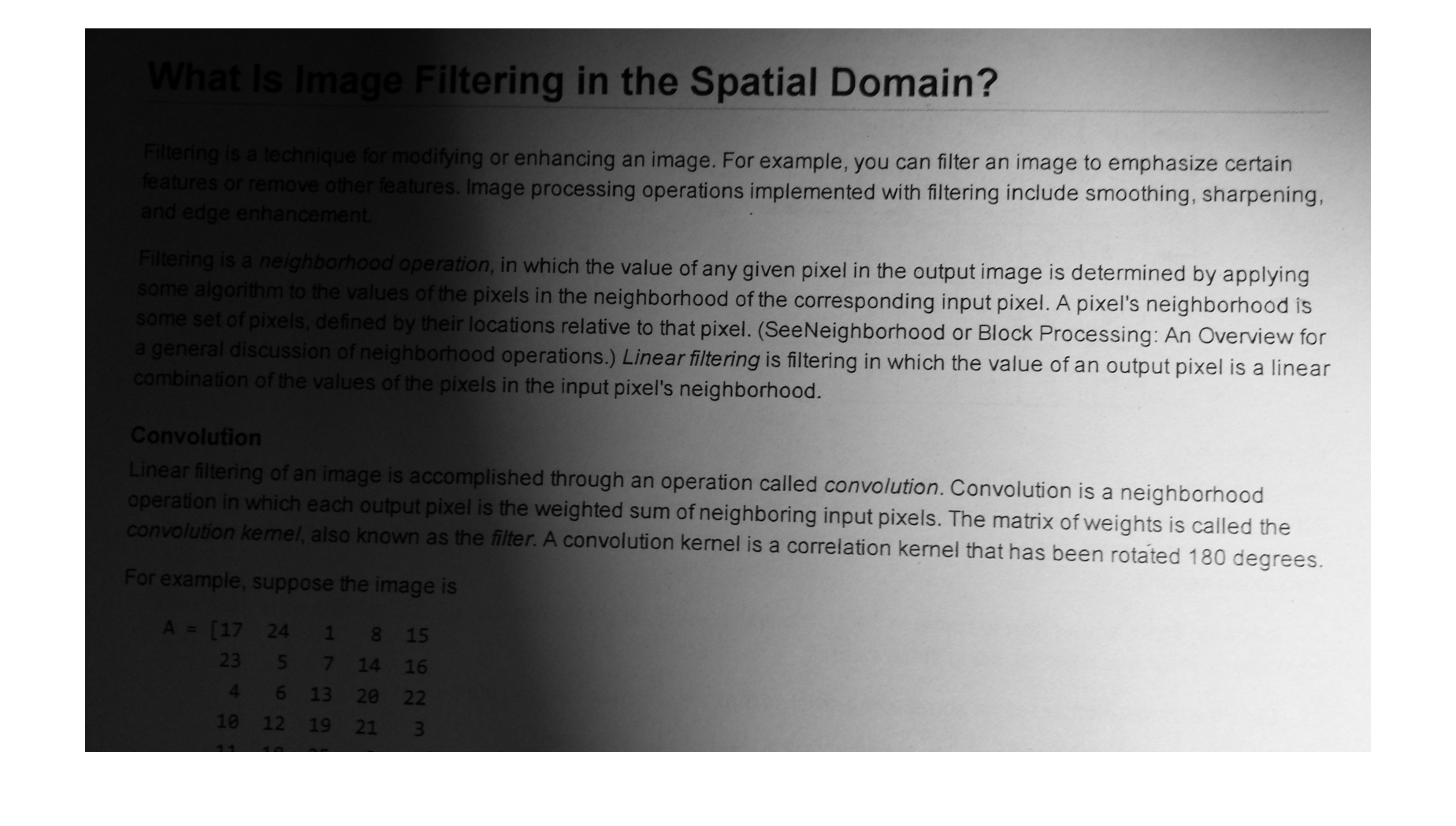 Here is the binarization using a global threshold. 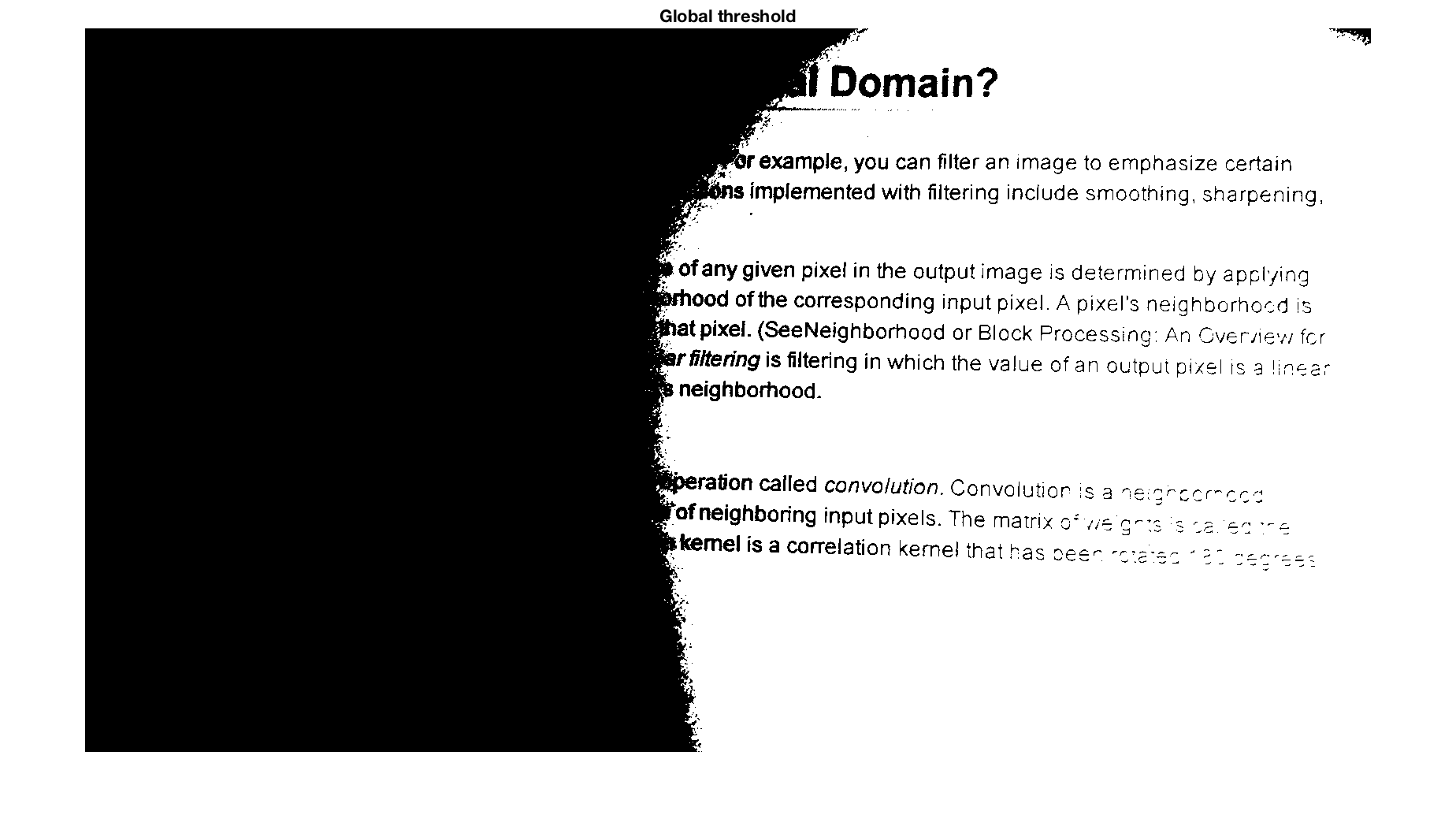 And here is the binarization using an adaptive threshold. Note that we have to tell the function that the foreground pixels (representing text characters) are darker than the background pixels (the white paper). 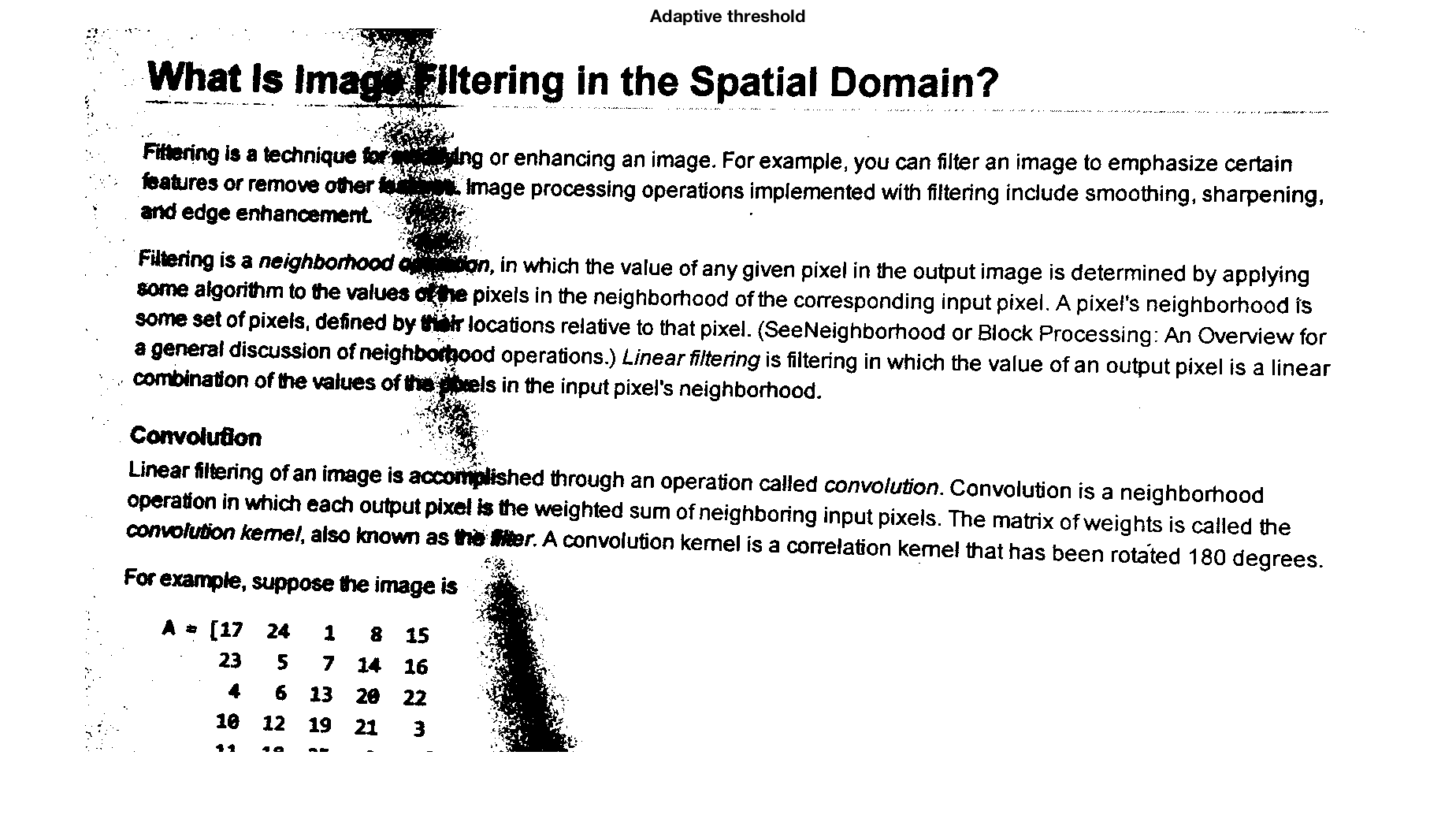 This method uses a large-neighborhood mean filter. If the input image pixel is more than a certain percentage greater than the mean filter, then it is set to white.

To perform large-neighborhood mean filtering (also called box filtering) efficiently, the implementation uses something called an integral image. With this technique, time required to perform mean filtering depends only on the number of image pixels. The time is independent of the neighborhood size. Maybe I'll discuss integral images and box filtering in a future post. In the meantime, you can look at integralImage and imboxfilt.

So how big is the mean filter neighborhood? Well, there's no fixed rule. This is another one of those magic numbers that bedevil image processing. The function imbinarize uses a square neighborhood that is about 1/8 of the smallest image dimension. This is just a heuristic rule that works reasonably well for a variety of images.

Here is the adaptive threshold image for the printed text example shown above. 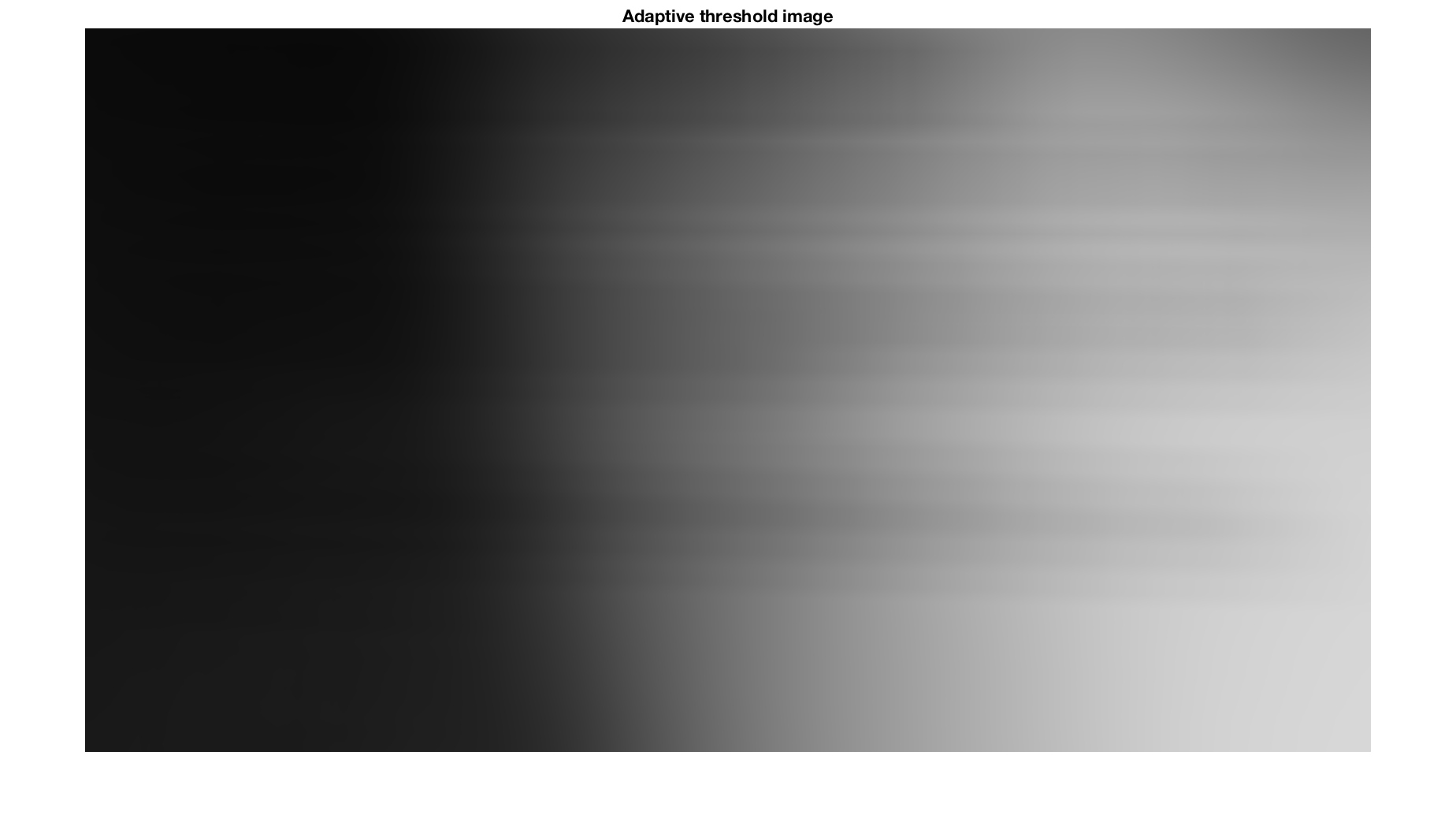 When you use adaptthresh, you can control the neighborhood size directly. You can also specify other local background measurement methods, including median filtering and Gaussian filter.

With the new set of Image Processing Toolbox interfaces, using imbinarize as your one-step solution for both global and adaptive thresholding. Gain finer control over algorithm details, if you need to, by using the underlying functions otsuthresh and adaptthresh. The older functions, im2bw and graythresh, still exist for compatibility, but we encourage you to use the new functions in your new code.