The typical modern French* horn, pictured below, has about 23 total feet of tubing. At the beginning and the end, the tubing is conical. In the middle, the tubing is cylindrical. 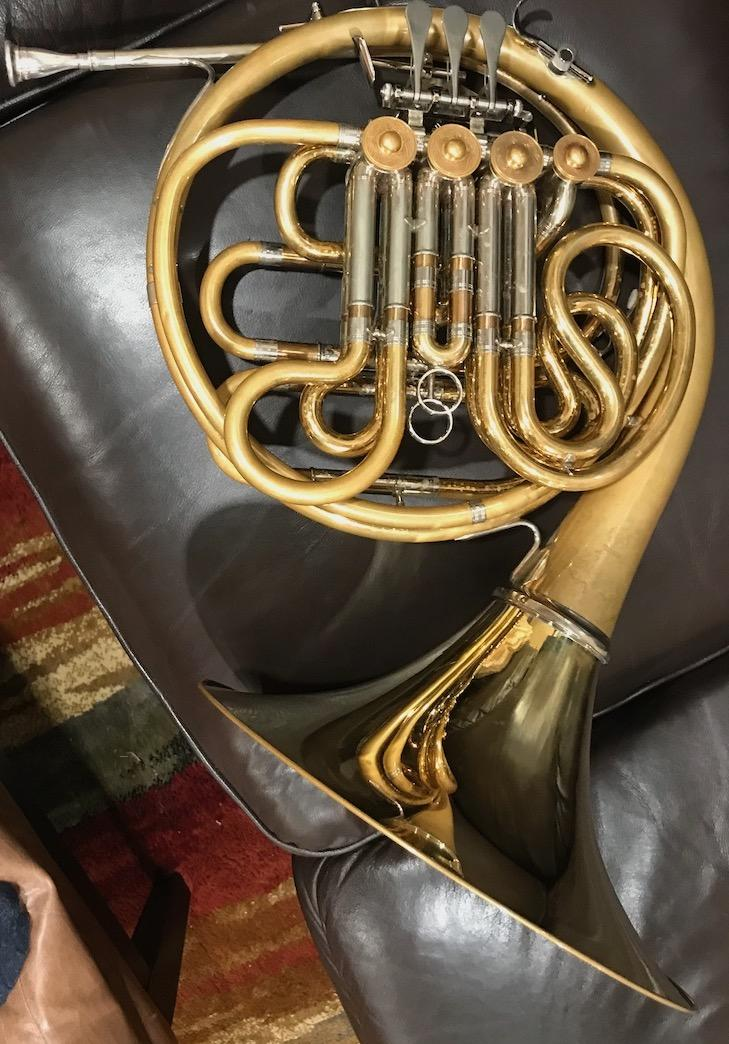 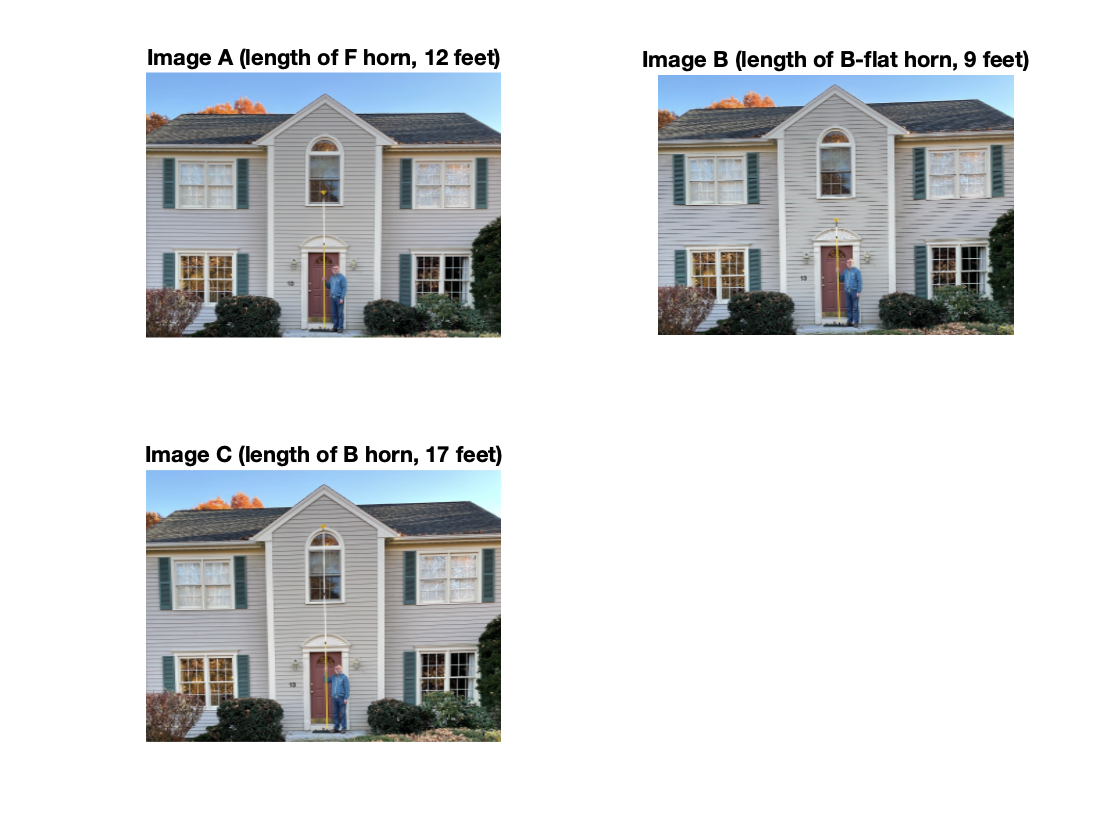 I wanted to use these pictures to make a composite that lets you visually compare the three pole lengths. The problem is that these three pictures aren't aligned with each other, which makes creating an accurate composite challenging.
Let me use imshowpair to illustrate what I mean, using images A and B.
clf
imshowpair(A,B) 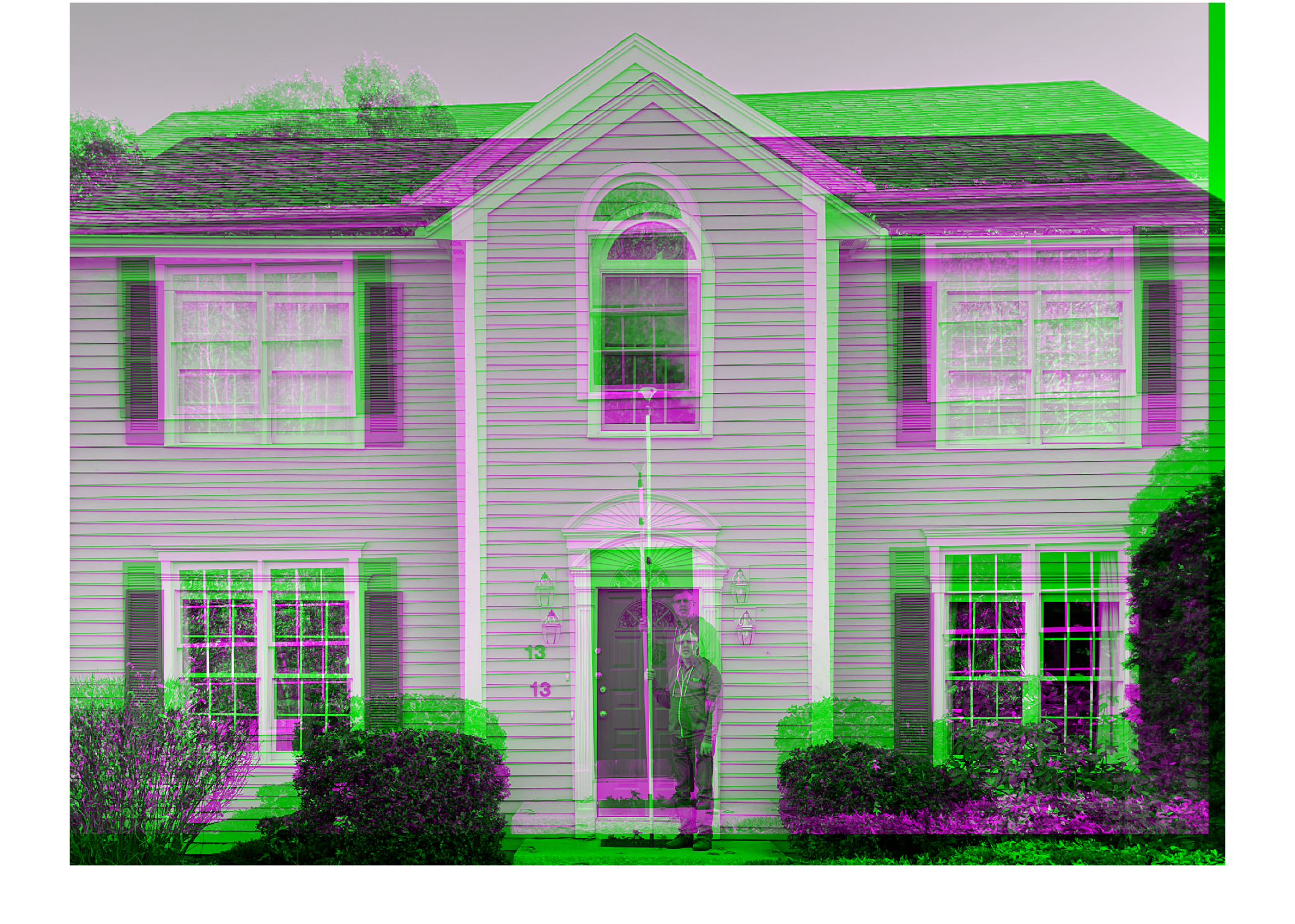 It looks like these two images differ from each other by a translation and a small rotation.
To accomplish my goal, then, I need to get these three pictures aligned with each other first. Then I can crop them and create my composite.
Sounds like an image registration and spatial referencing problem!
Here's the plan:
I'll be using tools in the Image Processing Toolbox and the Computer Vision Toolbox.

Register image B to image A 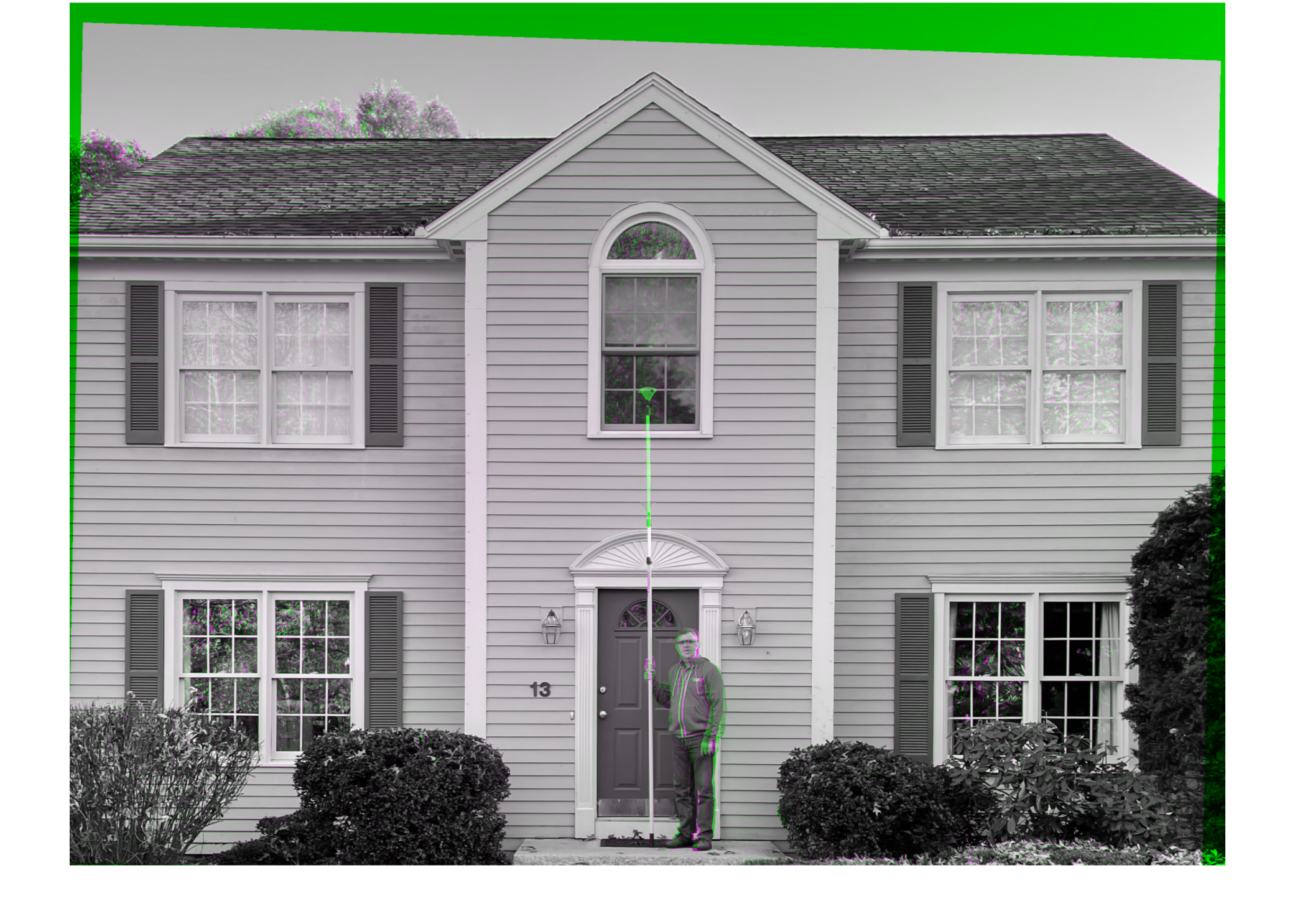 Register image C to image A using the same procedure 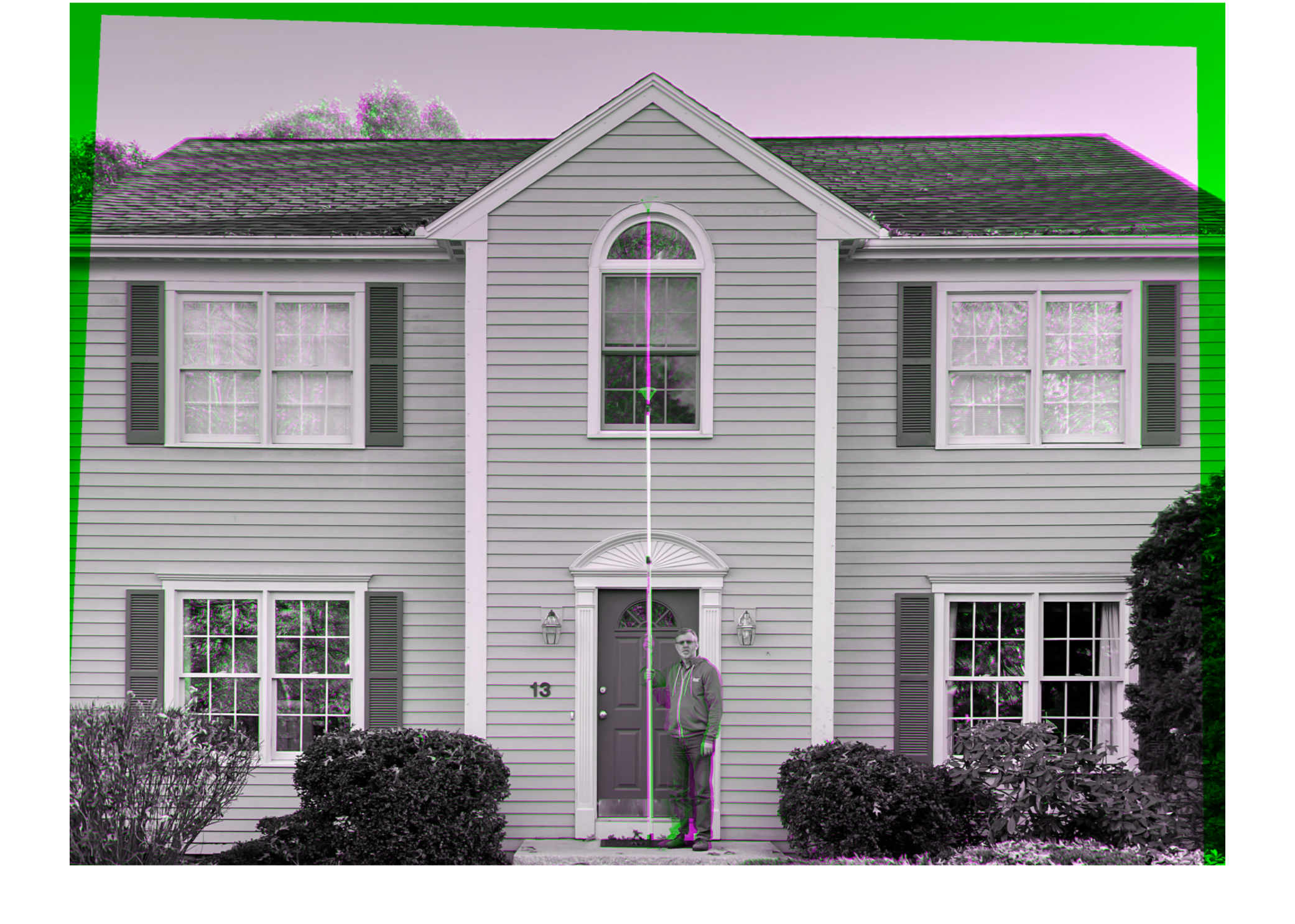 Crop images to a common rectangle 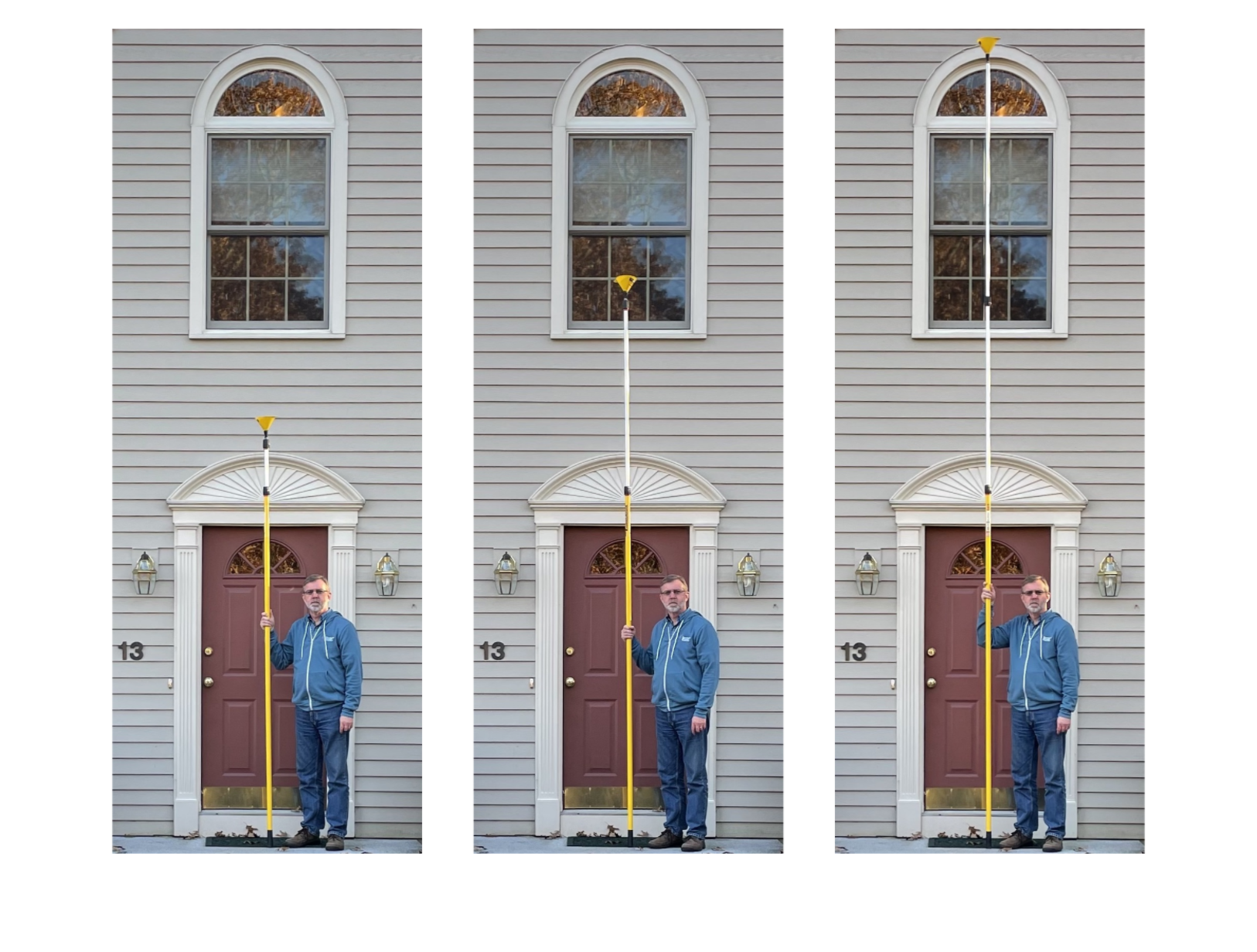 It amazes me that this instrument that I can hold in my lap can really be a tube as long the pole pictured on the right.
* The modern instrument is not French in origin, so French horn is a misnomer, strictly speaking. Many players refer to the instrument simply as a horn, and this is the recommendation of the International Horn Society. In the United States,however, most people who are not orchestral musicians will be confused by the term horn, and so I use French horn here.
|