Have you ever wondered about the relative popularity of a file you’re looking at in File Exchange? If so, we’ve recently added a new feature to File Exchange that’s meant for you. Beginning this month, if you see a file labeled “Popular File XXXX” under the “Editor’s Notes,” you’ll know that file was one of the 10 most-downloaded (i.e. most popular) files of that year.

The year is also a hyperlink so if you click on it, you’ll see that year’s complete list of top downloaded files. 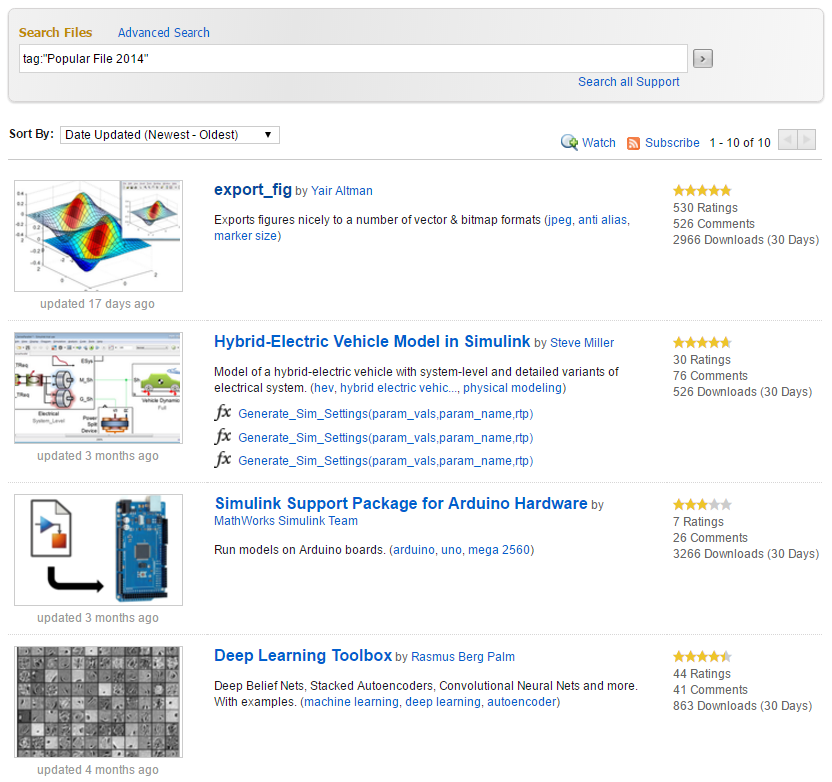 We hope that by our calling your attention to some of the most popular files on File Exchange you’ll more easily be able to spot and enjoy the best of File Exchange.

If you just can’t wait to happen upon the chosen few, click on the links below to view the lists of Most Popular Files from the past eight years.

And keep an eye on this space if you’re interested in knowing which files made the 2016 list. We’ll be releasing that information soon.