Greg's pick this week is Rolling Ball on Plane by Janne Salomäki.
Janne put together a nice example of modeling the interaction of a ball contacting a plane, rolling on the plane, and then falling off the plane.

Janne uses SimMechanics to model the geometry and motion of the ball and the plane. And then applies C-code S-Function to model the interaction between the ball and the plane. Contact modeling isn’t something SimMechanics can do, so I’m excited to see an example that shows the basic concept. I also saw an opportunity to compare using C-code and MATLAB Code to solve this particular problem.

SimMechanics enables six degree of freedom (6DOF) modeling of rigid bodies in Simulink. A nice benefit is it comes with an animation feature where you can visualize the motion of the bodies. Bodies are defined in terms of mass, inertia tensor, and location for the center of mass. Connections to other bodies are defined by coordinate systems applied to the body, and placing constraints on the type of motion permitted between two coordinate systems. For example, a revolute joint only has one degree of freedom, while a gimbal joint has three degrees of freedom. 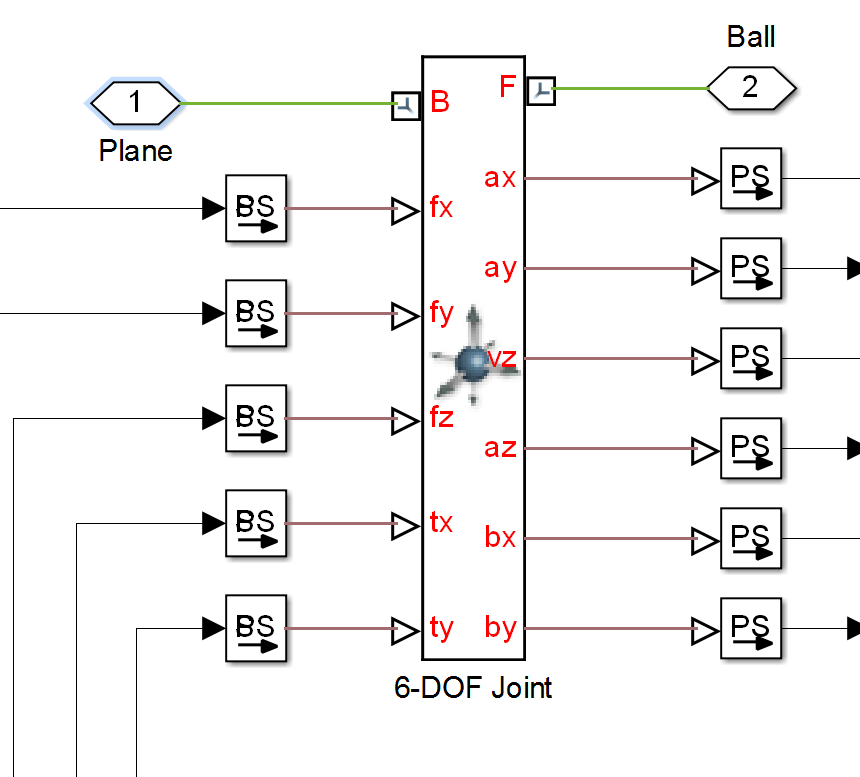 An S-Function is a “system function”. It is a way to create customized blocks in Simulink that can extend its functionality. People use S-Functions to for all sorts of capabilities: While S-functions can be a little tricky, especially if you are unfamiliar with the API, they interact more or less directly with the Simulink solver engine, which enables development of a wide variety of block types and capabilities. Janne uses the C-code S-function to implement the mathematical model for the interaction between the ball and the plane.

Are there other ways to do this? 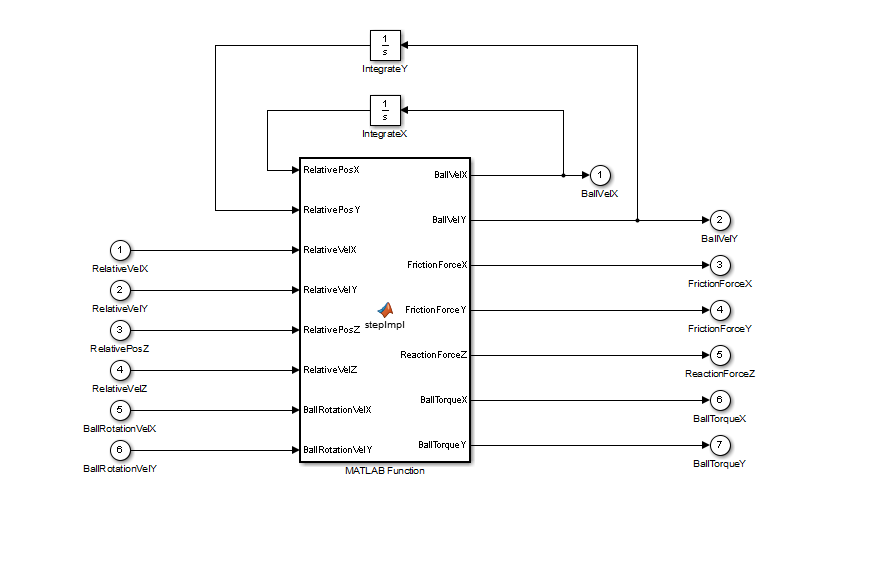 How do they compare?

Leaving the debugging on certainly provides for a much bigger performance hit, but it also means you can step through the code using the MATLAB Debugger. This is a bit more difficult to do when you need to debug the C-code S-Function. I’ll leave it to you to decide if the convenience of the MATLAB Code is worth the hit in performance.

First, it is a neat, clean, and clear model. Both the model and the code for the S-function are done in a nice straight forward manner. I like the use of the macros in the C-code S-function to make the code easier to read by hiding some of the weird API language. What I find so fascinating is that SimMechanics handles all of the appropriate coordinate transformations, so the algorithm for the contact model is relatively simple without a lot of math to figure out the body relationships. I realize this approach might not scale well to a more general implementation of contact modeling, but I think it’s a beautiful and creative example of investigating rigid body dynamics.