There are several supported measurements that are based on approximating regions by ellipses: 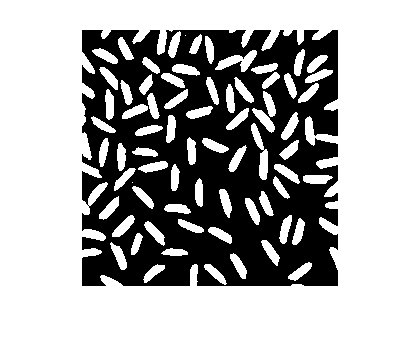 Call regionprops with the list of measurements you desire:

From the output you can infer that regionprops found 99 objects in the binary image. It returned the desired measurements as a 99-element struct array. Here are the measurements for the 10th object:

How can you do a visual sanity check of the output? We should probably include some regionprops visualization utilities in the toolbox, but in the meantime I'll show you some code you can use to superimpose the fitted ellipses over the original image. 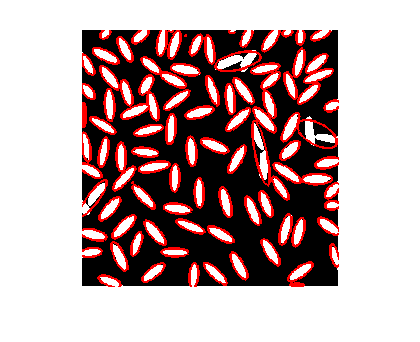 You can zoom in to see exactly why some of the ellipses don't seem to match objects in the image very well. Normally you'd zoom interactively using the zoom controls in the figure toolbar, but of course I can't do that in this blog post, so I'll use the axis function. 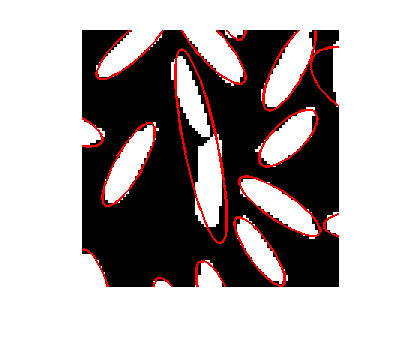 Now you can see that the two objects in the center of the display are actually touching at one point. That caused regionprops to consider them to be a single object and to fit an ellipse to both of them together.