Plenty of people talk about building cool things, but how many of us really do it? Sure, you can do amazing things these days with Arduino boards and cloud computing, but sitting down and creating something that works is another matter entirely. This is the story of how a determined team in the MathWorks UK office built a system for tracking social interactions at a conference. Like all engineering projects, it starts with a whiteboard, some hand waving, and some big ideas. Follow along with the team as they move from confidence to confusion and heartbreak and eventually deliver the goods.

The story is broken into two separate blog posts. This week’s installment is told by Marta Wilczkowiak. Marta is a senior application engineer at MathWorks UK, helping MATLAB users to design, develop and deploy production-quality code.

Technology can be the kiss of death to a conversation. But can we instead, through the thoughtful convergence of hardware, software, and real-time streaming data, actually encourage social interactions?

The barrier that existed between physical and virtual in engineering is disappearing in the world where internet companies buy robotics companies, fly drones, test self-driving cars and wearable devices, while the industrial players are moving into sensor networks and Internet of Things. While those new approaches are promising, such inter-disciplinary engineering collaboration is very difficult to achieve.

This is a story about our attempt to build such a convergent system in just three months, through cross-disciplinary collaboration. This blue-sky project is called Expo Conversations.

MATLAB EXPO is the pinnacle of MathWorks UK events. It is a unique opportunity for the MATLAB community to network with peers across a range of industries and academia. Planning starts early in the year and involves engineers from all technical groups at MathWorks. During one of those meetings, we set ourselves a challenge: to create a system bringing together all the new technologies we tell our customers about, including low cost hardware, data analytics and cloud computing. At the same time, we saw an opportunity to understand how ideas and influences flow throughout EXPO.

Our idea was to use low cost hardware to detect the interactions between the EXPO participants, and provide a web interface displaying the live analysis of the social activity. To encourage social interactions we would run a contest and give a prize to the most prolific networker at the event. 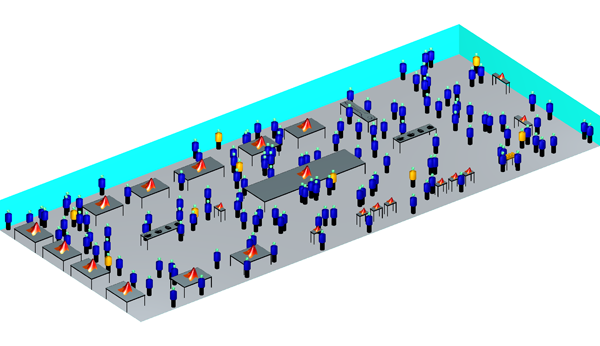 This conversation took place in June. EXPO was scheduled for October 8th so we had little time to develop something from nothing!

To summarize, the objective was to:

July started with discussion about the best approach to detect the attendee interactions: Cameras? Apps on mobile phones? RF tags? We wanted participants to remain anonymous so we opted for RF tags, with attendees opting-in simply by picking up a tag on their way into the exhibition hall. Conor, our 2nd year summer intern, with support from Mark (embedded systems) and Graham (communications) developed the first tags using Arduino Uno microcontrollers (ATmega328P) and RF12 433MHz transceivers. They showed that two early tag prototypes can communicate with each other and the received signal strength is somewhat related to the distance between tags. Characterizing this relationship remained a holy grail throughout the project!

With promising early results, we kicked off the data analysis part of the project. We started by brainstorming the elements we would like to understand about the social interaction patterns. Some of our favorite suggestions: Can we quantify the relationship between caffeine intake and social activity? Can we detect wallflowers, conversation boosters… or conversation killers? Can we see if visitors to a demo station recommend it to others? We quickly realized that most of those questions needed a definition of a conversation. We decided that two tag holders are in a conversation if they stay near to each other for 30 seconds.

But how do we know whether two tags are close to each other? We decided to use Received Signal Strength Indication (RSSI) as a proxy for distance between two tags. On the simplicity-robustness scale, it is closest to simplicity and that’s what we needed given the project timeframe.

By detecting conversations between tags, we can learn the popularity of demo and catering stations (see Figure 2) by monitoring tags located at those places of interest. All the tag data would be transmitted to Raspberry Pi base stations, which would send it in batches to the analytics server every 10 seconds.

We had 10 engineers helping on the data analysis challenge in August. However this posed its own challenges:

We needed to design a system that would allow numerous people with different backgrounds and levels of experience to:

We put in place a 5-point plan to address these challenges: 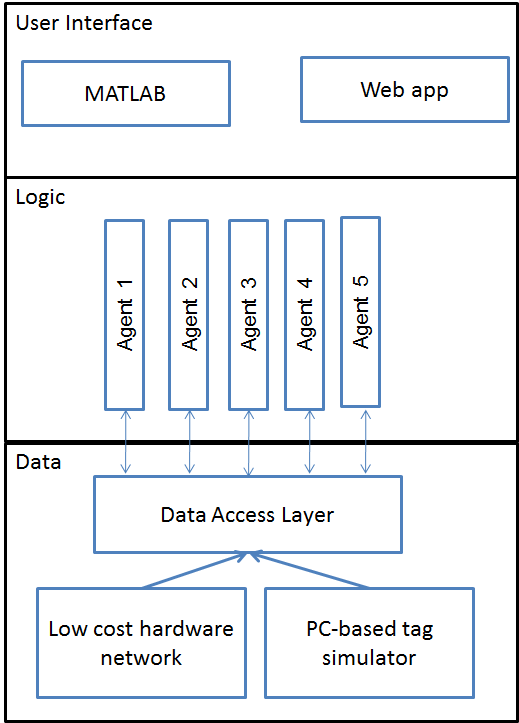 Figure 3: High-level system architecture: uniform access to real and simulated data; analysis agents representing system logic and producing aggregate data about the event to be displayed in MATLAB or via web interface

In the meantime, the hardware team was busy creating in reality what we had simulated: the networking system that would relay the tag data to a server.

By the end of August we had early versions of all the analysis agents, tested on data from the simulator. We also had a long list of known issues, including the fact that our prototype code could not keep up to the predicted data rate.

September saw the transformation of our prototype system into an early version of what could be called a production system.

First, we harnessed our code in a series of unit tests (better late than never!) to allow faster iterations when fixing bugs and optimizing the code.

Second, we optimized the prototype implementations for speed. A couple of the biggest wins were:

Both operations reduced the time needed to analyze a batch of data from 10s of seconds to fractions of seconds.

As a final step we used a machine on EC2 with an elastic IP to set up a Tomcat webserver with our webpage and a directory that would be regularly synchronized with our local directory containing all the results.

At the end of September we had a system analyzing the tags every 10 seconds and updating the webpage every minute but still working only with the simulator. Throughout September attempts to connect the two failed – due to an Endian disagreement, too slow a processing rate in the early version of the analysis engine, data overflow in the prototype data gathering stage, and more.

But we were not ready to cancel the project. In the end, we would not often have an opportunity to test it in a hall with 500 people, 8 catering stations, 9 demo stations and a BLOODHOUND SSC life-size model in the middle (yes, a big pile of metal in the middle of our RF experiment).

October: EXPO or The First Integration Test
1 week to go

First week of October has gone between integration attempts and bug fixing. You can see that the moods were mixed: 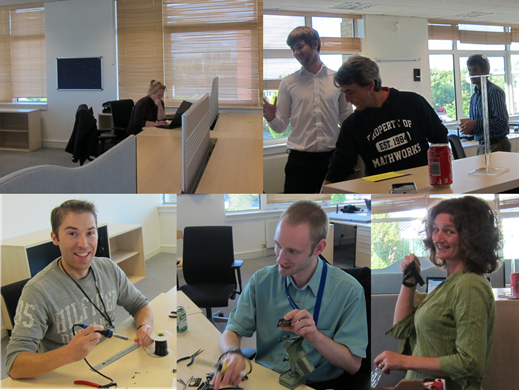 Figure 4: Rainbow of emotions; Note as moods are improving when we move from bug chasing to handling some real hardware

The day before EXPO (October 7th) three of us set off to Silverstone, the conference venue. Two hours after arriving everything was connected. The moment the webpage started to show the two test tags in “conversation” with each other was worth all those sleepless nights. We stared in awe. By 7pm all 8 base stations were connected and receiving. At that point we put the system to sleep and left the site.

The morning of EXPO passed in a flash. We started with a pile of 200 tags (see Figure 5). By 9.30 am all of them has been distributed. Attendees were curious about the system and wanted to participate. The webpage started to update with plausible results (see sample in Figure 7). All team members, most of whom so far have seen only a small part of the system, were hypnotized by the updating web page. Throughout the day the demo drew a big crowd who asked about everything from working with low cost hardware, through machine learning and “big data” to web deployment. We also highlighted parts of the system during all relevant talks: Machine Learning, Accelerating MATLAB algorithms, Deployment, Modelling, Simulation, and Real-Time Testing for Model-Based Design. Finally, in the wrap up talk we announced the tag number that won the networking competition prize. We knew the system was working when we discovered that the winner was our ex-colleague Michael, known for being a social butterfly.

So through this project we achieved:

But as EXPO was also the first time the system ran together, we still had a lot of work to understand what it was really doing. 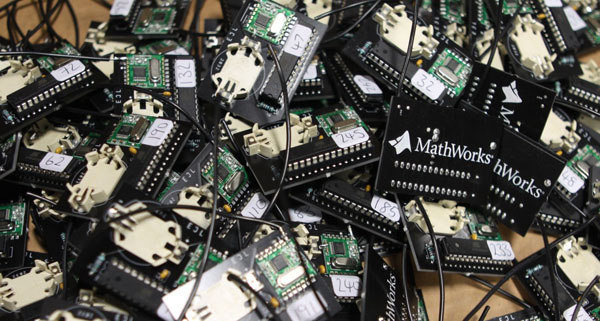 Figure 5 Tags waiting to be handed to attendees

Figure 6: Queue to pick up the tags 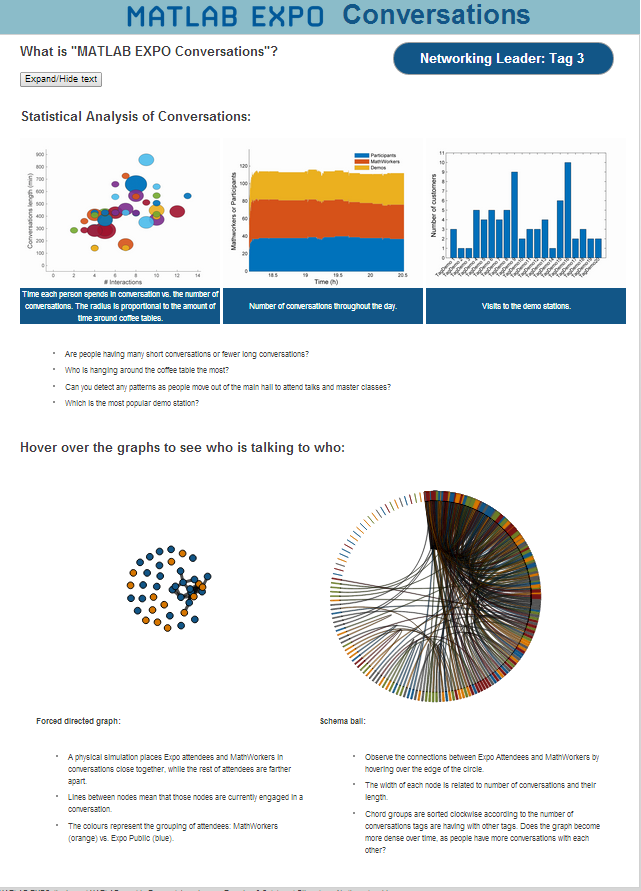