Any cricketers out there? If you like cricket and coding in MATLAB (and who doesn't?), then allow me to direct your attention to an entirely cricket-themed Cody problem group created by quizmaster extraordinaire, Matt Tearle.

As a fan of the New Zealand Black Caps, Matt has been keenly following the T20 World Cup going on in Australia. Unfortunately for Matt, the Black Caps were eliminated by Pakistan in the semifinals. I'm not much of a cricketer myself, but here's another result that caught my eye. 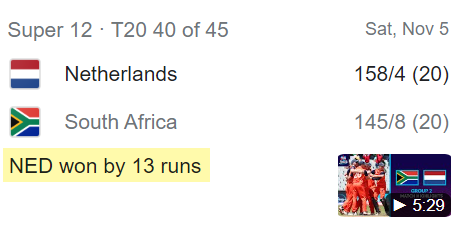 I will note that, if your name is Ned, you can't help but cheer for Netherlands during international sporting events.

But what does this have to do with Cody? Matt was inspired by the World Cup to make this latest sports-themed problem group. He was even kind enough to put me in a problem description here. 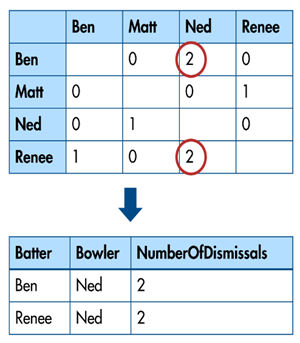 It's a nifty problem dealing with MATLAB tables. The title is a mouthful, but the function you write to solve it is whosyourbunny. Who's your bunny? Like I said, cricket is not my first language, so I had to look it up. A bunny is a batter who is consistently dismissed by a particular bowler. The problem description portrays me as a skilled bowler, so naturally I had to solve it right away. This let me be the first solver, bringing me, after all these years, my first Leader badge. Huzzah! (My answer has since been surpassed...) 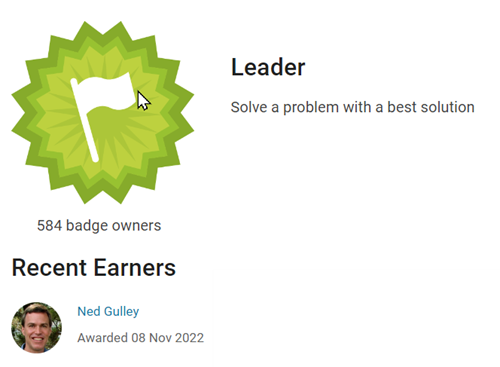 I want to thank Matt and Ben Placek and Renee Bach for all the work they did creating problems for the recent tenth anniversary contest. You can find dozens of new and fascinating problems in these groups. The contest may be over, but these problems are still ready for you answers.

... and everyone's favorite: Week 4: Are You Smarter Than a MathWorker?

But of course, if cricket is your sport, then you know where to go!