As an Aerospace Engineer, I find Aircraft Intuitive Design to be a valuable tool to help students understand the design of an aircraft. How does wing area affect the drag and lift? How does the CG location affect the stability?

As a MATLAB enthusiast, Aircraft Intuitive Design highlights many capabilities of MATLAB. These include importing data from different sources, analyzing data, displaying results graphically, and encapsulating the features in an App. 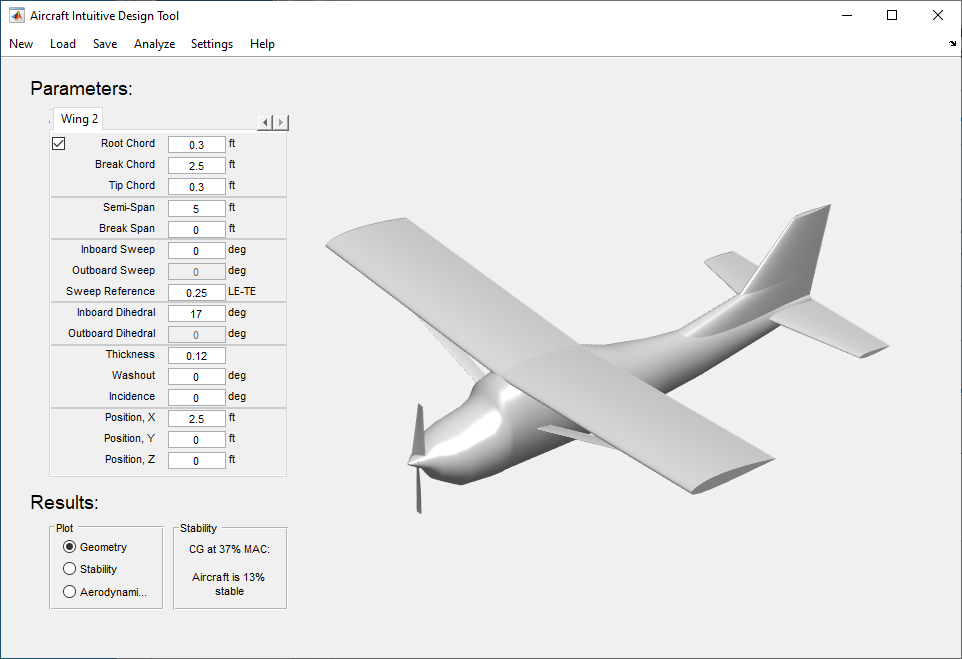 One of the key features of MATLAB is the ability to import data for analysis. This App leverages this capability. The user can load aircraft data from various sources such as Digital DATCOM, Tornado, and AVL.

Aircraft Intuitive Design allows the user to design their own aircraft. The user can specify the dimensions and key attributes of the various components of an aircraft such as the wing span, wing chord length, location of the center of gravity, etc. The tool will automatically analyze the new setting and calculate stability of the aircraft and the drag using linearized stability approximations - key calculations in the design of an aircraft. The user can then compare this result with the more detailed results from DATCOM, Tornado or AVL.

Aircraft Intuitive Design really highlights the ability of MATLAB to display data graphically to enhance the user's understanding. Upon opening the App, the user is shown an image of the aircraft (see image above). The user can select a component of the aircraft such as the wing to see the attributes for that component. If the user switches the plot from Geometry to Stability, a plot of the aircraft lift coefficient and pitching moent vs angle of attack is displayed. 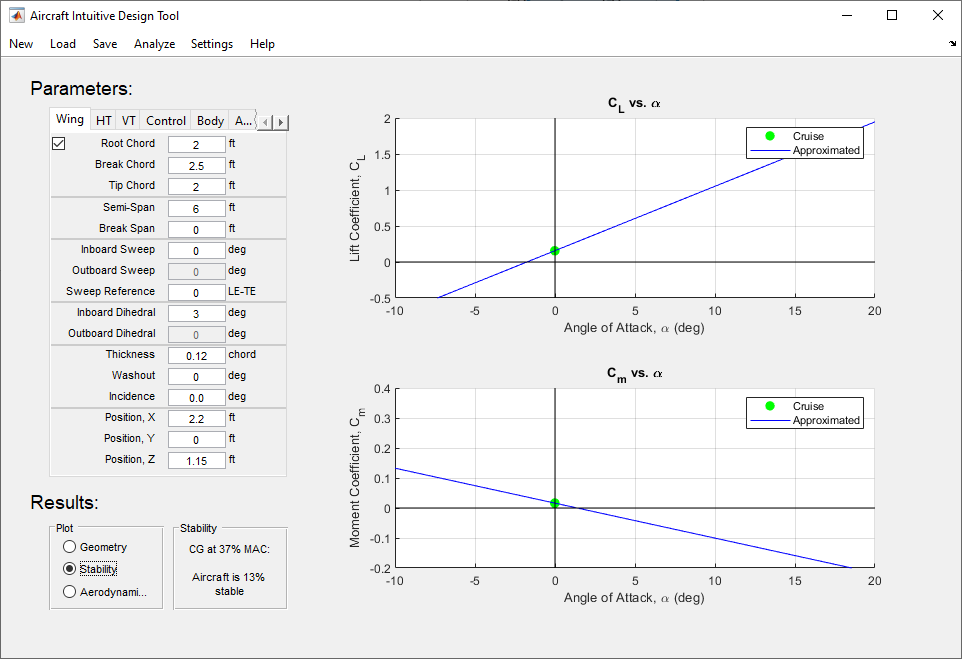 Switching to Aerodynamics, a plot of the aircraft drag is shown along with the lift profile on the vehicle. 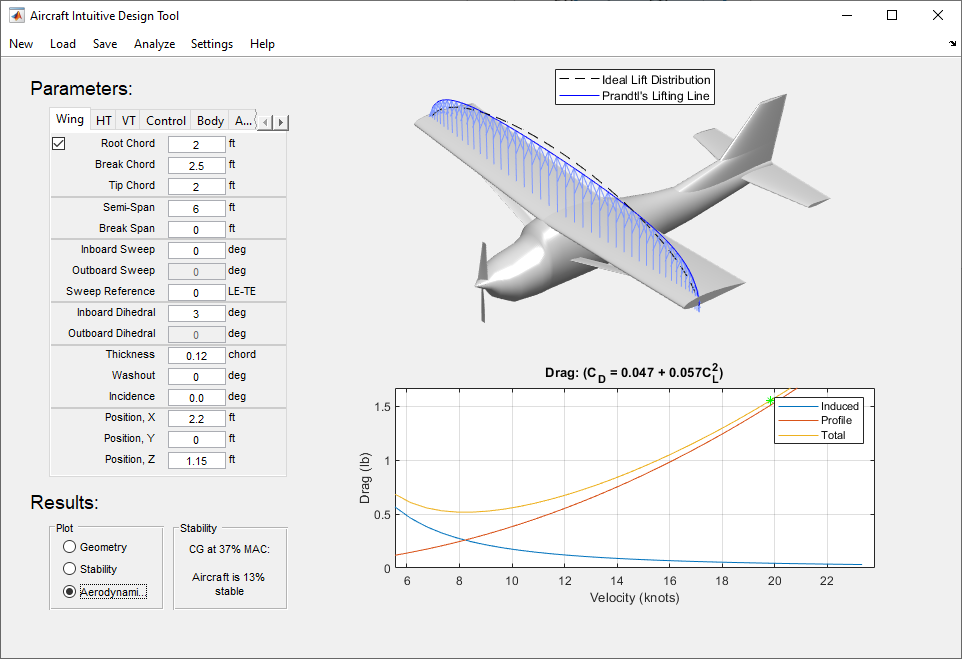 Aircraft Intuitive Design has a lot of capability. By necessity, this capability requires a lot of MATLAB code to perform the various functions from importing data to analyzing the data to displaying the results. If you have ever created a project in MATLAB then you know that very quickly you can create a large number of files to perform specific tasks. This can become burdensome if you want to share your project with others - I invariably forget a file or two and this requires several emails to resolve. Zak has alleviated this by using MATLAB's ability to create an App. When you download Aircraft Intuitive Design you receive a zip file containing two files: the license file and the App installation file. Within MATLAB, you can simply run the app installer file and the Aircraft Intuitive Desing is added to the available Apps - all files are automatically included. With Aircraft Intuitive Desing this includes a number of examples for various airplanes: general aviation aircraft (such as the Cessna shown in the images above), commercial airplanes (Boeing 747, Boeing 727, etc.), military aircraft (F-16, SR71, etc.) and those froma galaxy far far away (X-Wing). These example allow you to explore a broad range of aircraft designs and leverage them for your own custom design.

Zak's Aircraft Intuitive Design is a very powerful tool for students to learn various aspects of aircraft design and it demonstrates the type of complex Apps users can build and share with MATLAB. There is a nice video here where Zak discusses the development of the App. Give it a try and let us know what you think here or leave a comment for Zak.