This week, I want to share the example which helped me, a long time ago, to get started with Embedded Coder. For readers who never used it, I hope this example will be as useful for you as it has been for me.

To illustrate that, we will start with a simple hand-written program, and see how to configure a model so that the code generated from it integrates without modification.

In this simple main, at every second, the program reads data from a text file and stores it in a global variable u. We want our auto-generated code to access this variable, and use it to compute value of another global variable y to be used later in the code. 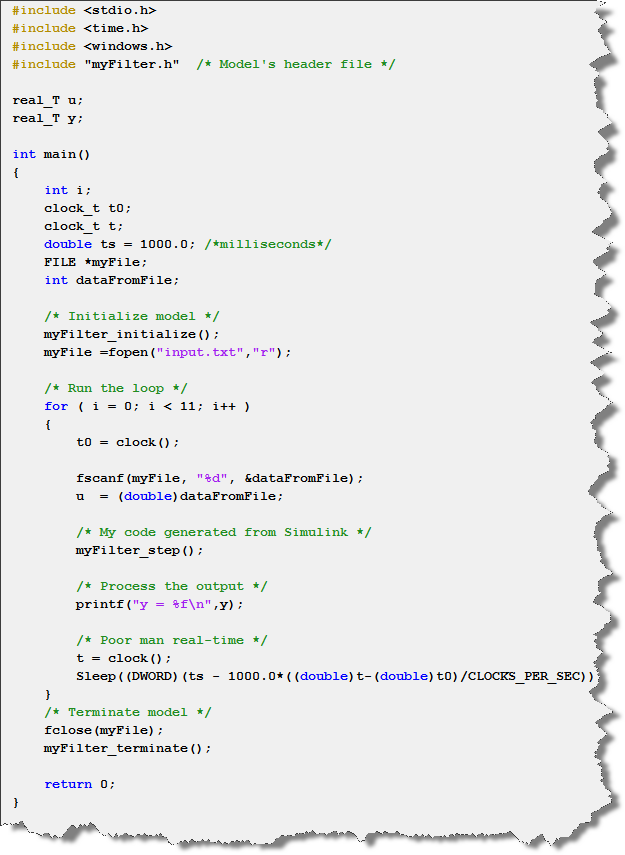 For this example, let's use the following simple model:.

By default, if we generate code for this model we get something that looks like:

It is obvious that modifications are necessary to map the values of u and y in the hand-written code to the input and output of the generated code.

To configure the look of the code, the first step is to name the input signal u and the output y. Then we need to tell Embedded Coder that u and y are external variables, already defined outside of the generated code, in the hand-written code.

For that, right-click on the signal line and select Properties: 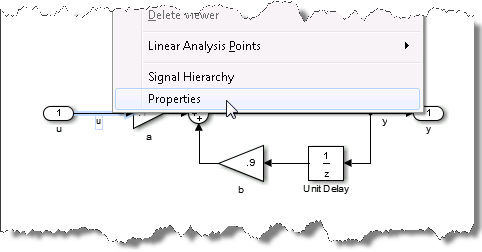 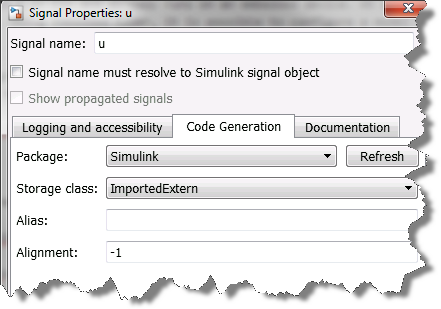 Generate code for the model, and you should get something which looks like this: 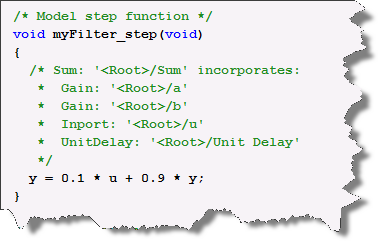 Where u and y are declared as extern:

With this modification, the generated code integrates in the hand-written application, I can build the main program without errors.

There are many of ways to customize the code generated by Embedded Coder. This example is probably the simplest one possible, but I hope this gives you a good idea of how to get started. Let us know how you got started with the coders by leaving a comment here.