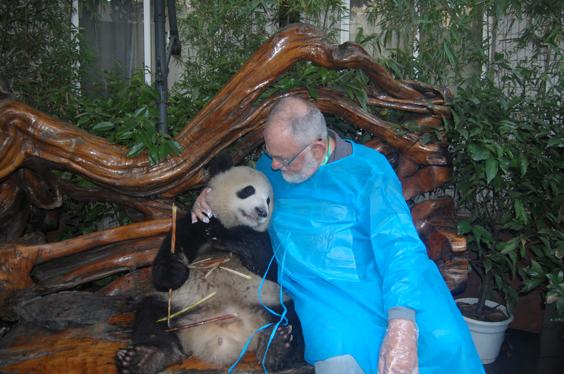 I have just completed a wonderful trip, a two-week lecture tour of eight universities in five cities in China. I was accompanied on the trip by David Chen from the MathWorks office in Shanghai and Cecilia Liu from our Beijing office. We made a side trip to the Giant Panda Conservation Research Base, in Chengdu, Sichuan Province, central China, where we had an opportunity to meet this fellow, who is not a MATLAB user.

These are some of the most highly rated science and engineering universities, and the largest MATLAB users, in China, especially in electronics and automotive engineering. At all of these universities, except Fudan, I gave my talk on "The Evolution of MATLAB", and then spent close to an hour answering questions. At Fudan, I had lunch with an eminent mathematician, Professor LI Daqian, a Chinese acadamecian and former president of CSIAM, the China Society for Industrial and Applied Mathematics.

The numbers associated with MATLAB usage in China are unknown, but staggering. The distribution of MATLAB among students in China is beyond MathWorks control. There are several popular MATLAB forums on the internet. Two of them, "I Love MATLAB" and "MATLAB Sky" have over half a million registered participants each. Twitter-like microblogs, with limits of 70 Chinese characters, have tens of thousands of MATLAB related posts per day. Shortly after the start of one of my talks, one post even had a cell phone photo of my necktie, because it featured baby pandas from the Panda Preserve. We met with authors and publishers of MATLAB and Simulink books, which sell tens or hundreds of thousands of copies, which is way beyond the sales of English language MATLAB books.

The CUMCM, the China Undergraduate Mathematical Contest in Modeling, is sponsored by CSIAM and supported by MathWorks. Last year more than 60,000 students, comprising 21,219 teams from 1,284 universities participated. The teams have three days to develop a model for a given problem and write a paper about their solution. Last year's problem involved the design of a solar house. About 2/3 of the teams used MATLAB in their solution. <http://www.mcm.edu.cn>.

David estimates that I spoke to over 4000 students and faculty during the trip. 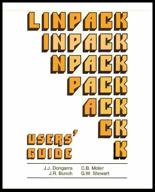 For years, in my "Evolution of MATLAB" talk, I have pointed out that the cover of the LINPACK User's Guide contains a matrix and that the back cover reveals its inverse. I invite listeners who are bored with the talk to find the inverse and check with me after the talk. I have given this challenge many dozens of times at universities all over the world. At UESTC in Chengdu, for the first time ever, an undergrad produced (an almost correct) solution and, a few days later, at Jilin University in Changchun, another student produced a numeric solution by replacing the letters with integers.

It's not a difficult problem, once you set out to do it. But the curiousity demonstrated by those who try is wonderful to see.

For many evenings, and several lunches, we had Chinese banquets with our host professors and deans. There was a large variety of delicious dishes on rotating "lazy susan" platters in the center of the table. I ate too much, but it was impolite not to try everything.

We spent the weekend on our own in Chengdu where the Sichuan food is pleasantly spicy.

I got to be pretty good at using chopsticks. 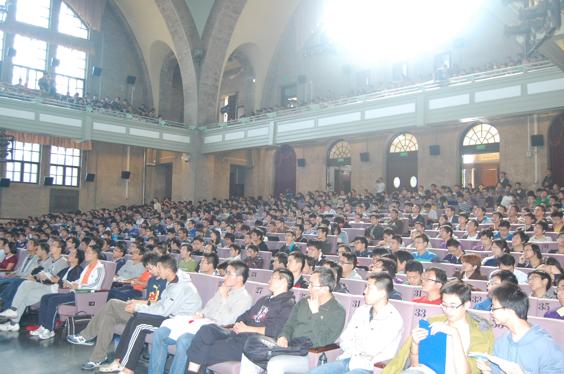 Tsingua University, Beijing, provided the largest audience that I have ever addressed, over 1000 students. 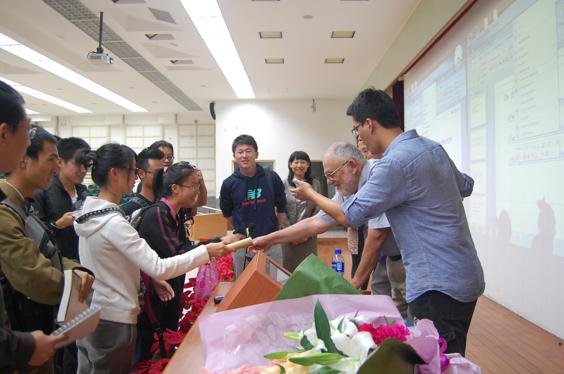 Beijing Normal University, and some of the other universities, gave me flowers. There were many autograph and photo seekers after the talks. 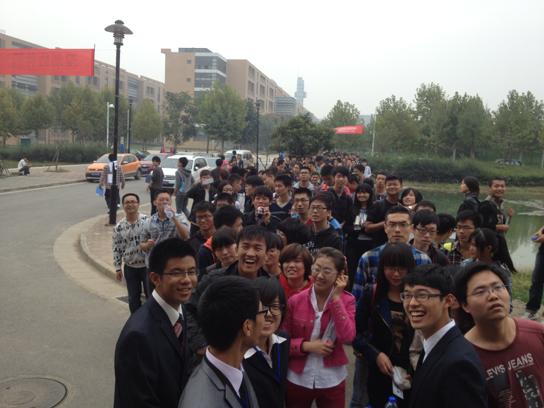 Xidan University, Xi'An, handed out tickets and students lined up an hour ahead of time. 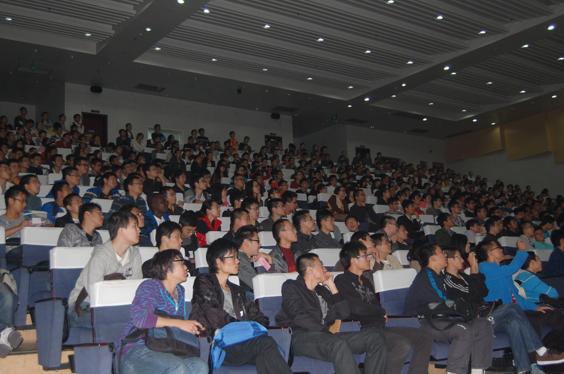 A big audience at UESTC, Chengdu. 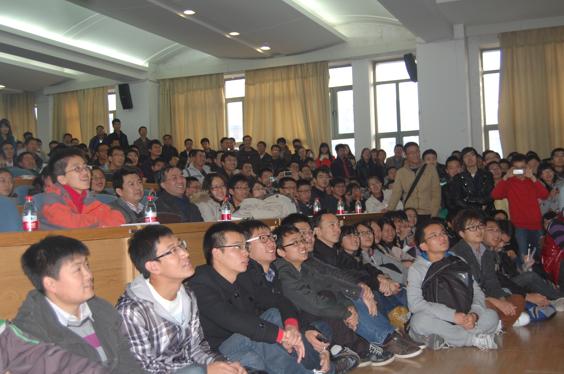 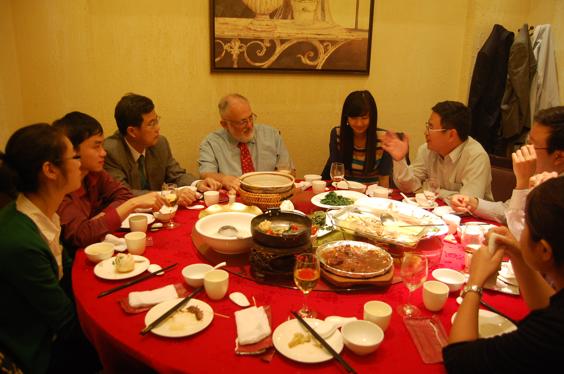 Chinese banquet after the lecture at Tongji University in Shanghai. 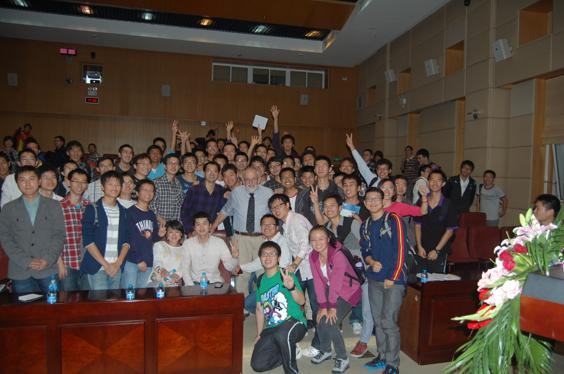 The Chinese forums and microblogs that focus on MATLAB represent a huge, vibrant, untapped resource. At every stop I asked the audience if they had ever accessed matlabcentral or this Cleve's Corner blog. Only one or two individuals out of the thousands in the total audience had ever done so. We need to do more to connect our two communities.

David Chen had made all the arrangements and Cecilia Liu provided invaluable logistic assistance. It sounds like it would be have been a strenuous trip, but with these two at my side every step of the way, it was a very pleasant and stimulating experience. Thanks, David and Cecilia!