We are working on a paper about the Kuramoto model of self-synchronizing oscillators. This animation shows the different initial conditions where six oscillators fail to synchronize. I found it mesmerizing.... read more >> 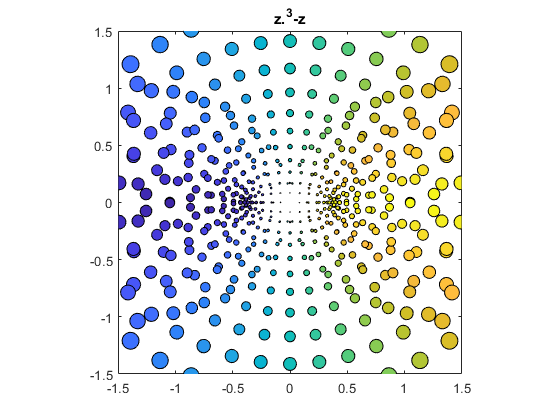 I have completely rewritten the COVID-19 simulator that I described in last week's blog post and I now have a second version.... read more >>

While I was working on my posts about Pejorative Manifolds, I was pleased to discover the intriguing patterns created by the roundoff error in the computed eigenvalues of triple Kronecker products.... read more >> 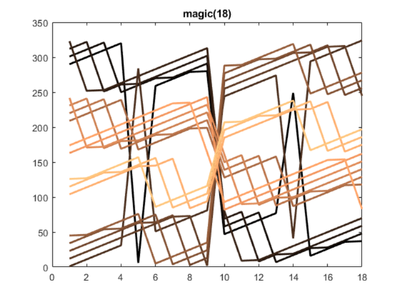 Line plots with a color order from one of our color maps are useful, and pretty.... read more >> 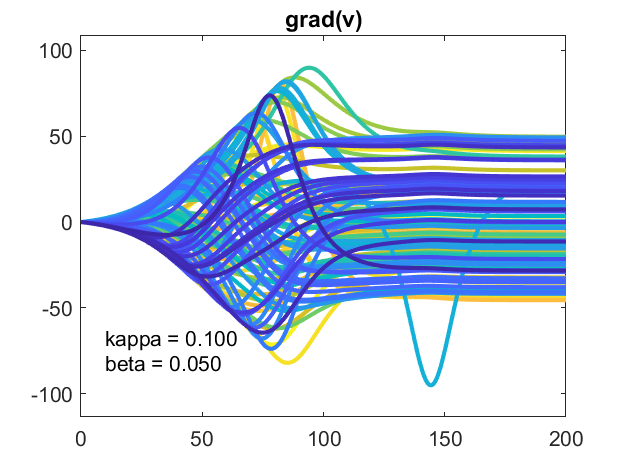 I am working with Indika Rajapakse and Steve Smale to investigate the stability of the dynamic system describing Kuramoto oscillators. Indika and Steve are interested in Kuramoto oscillators for two reasons; the self synchronization provides a model of the cells in a beating heart and the dynamic system is an example for Morse-Smale theory. I am personally interested in the Kuramoto model as it relates to deep brain stimulation (DBS) for open-loop control of human movement disorders. My kuramoto program demonstrates both stable and unstable critical points. Roundoff error may destabilize an unstable critical point.... read more >> 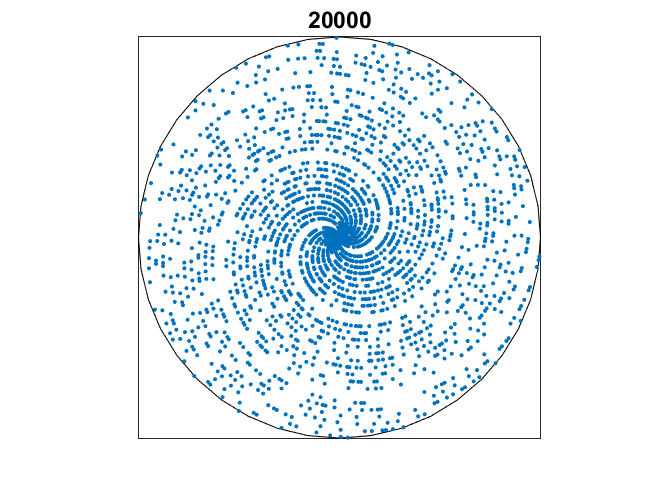 Today's post was inspired by a YouTube video, Why do prime numbers make these spirals?, on the channel 3Blue1Brown, created by Grant Sanderson. In my opinion this is the best math channel on YouTube. He has beautiful graphics and superb exposition. I recommend you take a look, if you haven't already.... read more >> 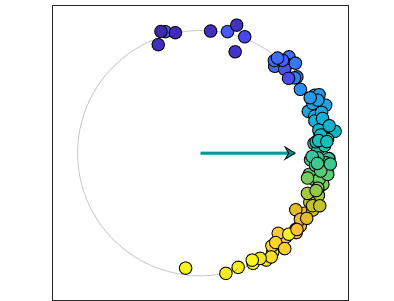 I have learned a lot more about Kuramoto oscillators since I wrote my blog post three weeks ago. I am working with Indika Rajapakse at the University of Michigan and Stephen Smale at the University of California, Berkeley. They are interested in the Kuramoto model because they are studying the beating of human heart cells. At this point we have some interesting results and some unanswered questions.... read more >>