Jiro‘s pick this week is QR Code encode and decode by Lior Shapira.

On October 31, we held our biggest annual event of the year, the MATLAB EXPO 2017 Japan. This year, I took part in organizing a couple of new sessions: a Lightning Talk session around fun/hobby uses of MATLAB, and a MATLAB Coding Contest.

This is what the EXPO participants had hanging around their necks. 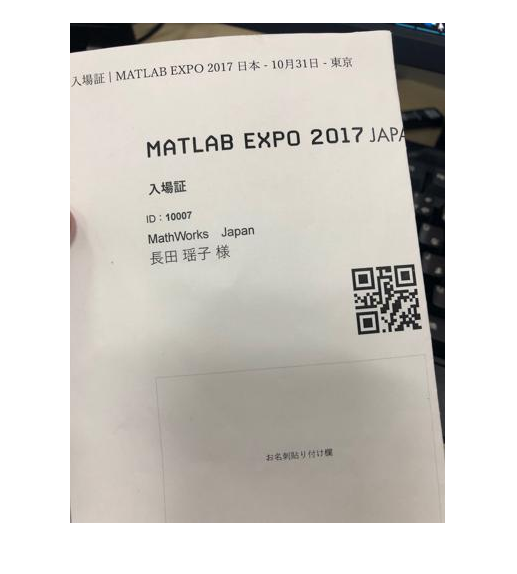 Rather than try to detect and do OCR on the ID number, I figured it would be easier to try to read the QR code. So, how do I read a QR code? Well, my colleague, Takeyoshi, took on the challenge to do that. After searching the web to find the encoding/decoding specs, he put together a nice function that used Lior’s entry on the File Exchange. The entry is a wrapper around a Java library ZXing, and we were pleasantly surprised at the accuracy it gave.

With a little bit of modification, I was able to create an ID Scanner for the purpose of the EXPO sessions.

Give it a try and let us know what you think here or leave a comment for Lior.