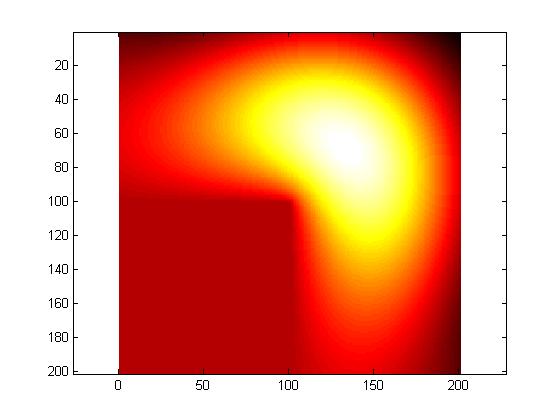 Note that L has negative values.

Although Matt's specific suggestion was about getting imoverlay to work with this data, there's a more general concept here about how to save images like the one above to image file formats, such as JPEG or PNG. Image file formats have generally much less flexibility than MATLAB about displaying pixel values as colors. In particular, the most common formats don't have the notion of scaling an arbitrary range of data values into a colormap. In addition, the JPEG format doesn't even have the notion of using a colormap at all.

We could try writing the L values directly into a JPEG file, like this: 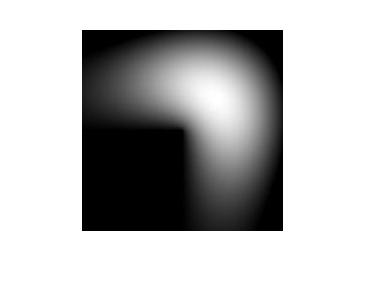 But we lost all the color information, and there's no automatic data scaling. All the values of L less than 0 were simply clipped to black in the JPEG file.

So how can we turn L and the hot colormap into something that can be stored in a JPEG file?

We can do it in three steps: 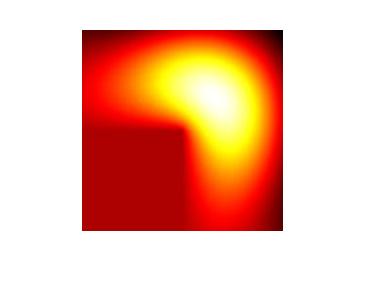 Now that the membrane image is in RGB form, we can use imoverlay. For example, let's overlay all the negative pixels with a light blue color. 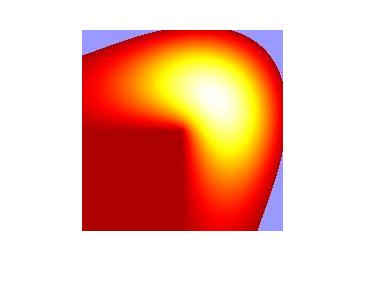 Of course, every time you launch MATLAB you see this membrane shape in a more familiar form that looks something like this: 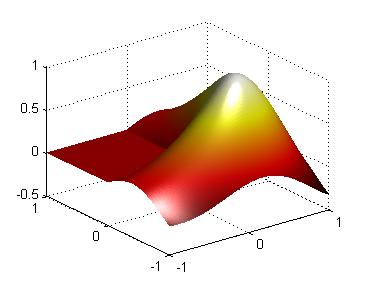 The L-shaped membrane has played a fascinating role in the history of MATLAB and The MathWorks. If you are interested in the origins and history of MATLAB, you should check out the Origins of MATLAB video by MATLAB creator and company co-founder Cleve Moler.