My experience with the forthcoming MATLAB watch exceeds my most optimistic expectations. The watch has not yet been announced officially, but a few of us have been testing prototypes for the past several weeks. 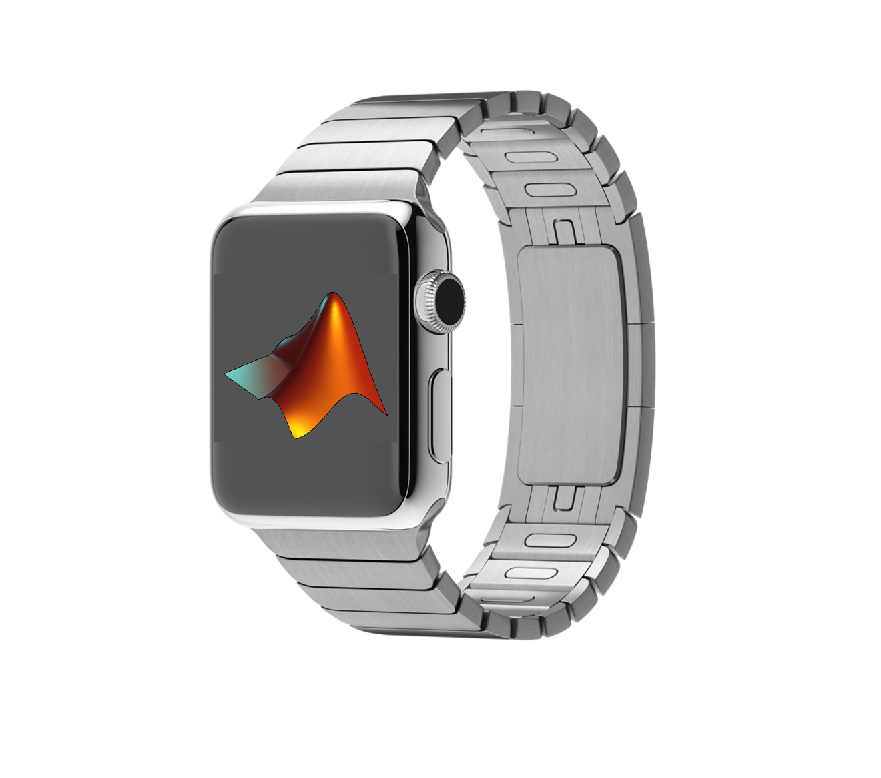 The watch features the latest mobile technology. The microprocessor is a low power dual core 64 bit Intel chip, running at 1.1 GHz, with IEEE 754 floating point arithmetic. There are 2 gigabytes of RAM, 250 gigabytes of SSD, and Wi-Fi and LTE wireless connections to the Internet. The primary battery lasts about 6 to 8 hours.

The unique new technology is in the watch band. The large piece on the underside of the band is a secondary battery that provides up to 24 additional hours of operation. (It requires about an hour to charge.) The links in the band are memory modules, similar to photo camera memory cards. Each of the 18 links holds 32 gigabytes, so a full watch band provides over half a terabyte of secondary storage.

The watch runs release R2015a of MathWorks software, including MATLAB version 8.5. It is possible to install Simulink and all of the Toolboxes, except those that rely upon connections to external hardware.

At first, as a dedicated user of the MATLAB command window, I was concerned about the lack of a full sized keyboard. I can't even effectively use the on-screen keyboard on my cell phone, so the tiny one on the watch is very frustrating. But the voice recognition command window, which is known as "Commander", is a joy to use. Since Commander only has to deal with a limited vocabulary, she is much more reliable than general purpose recognizers such as Siri or "OK Google".

Commander also has a promising social networking aspect. Users of other MATLAB watches who are also your friends on Facebook or in your Google+ circle can easily highlight snippets of code and share them with you on your watch. Since we had only a few users in our test group, we were not able to fully exploit this feature, but it should become very interesting as the size of the user community grows.

The crown on the side of the watch replaces a mouse in many ways. Scroll down rows or across columns of a matrix in the variable editor. Scroll through lines of code in the history window. Brush and select data plotted in the figure window.

Here is a simple demonstration executed on the watch. 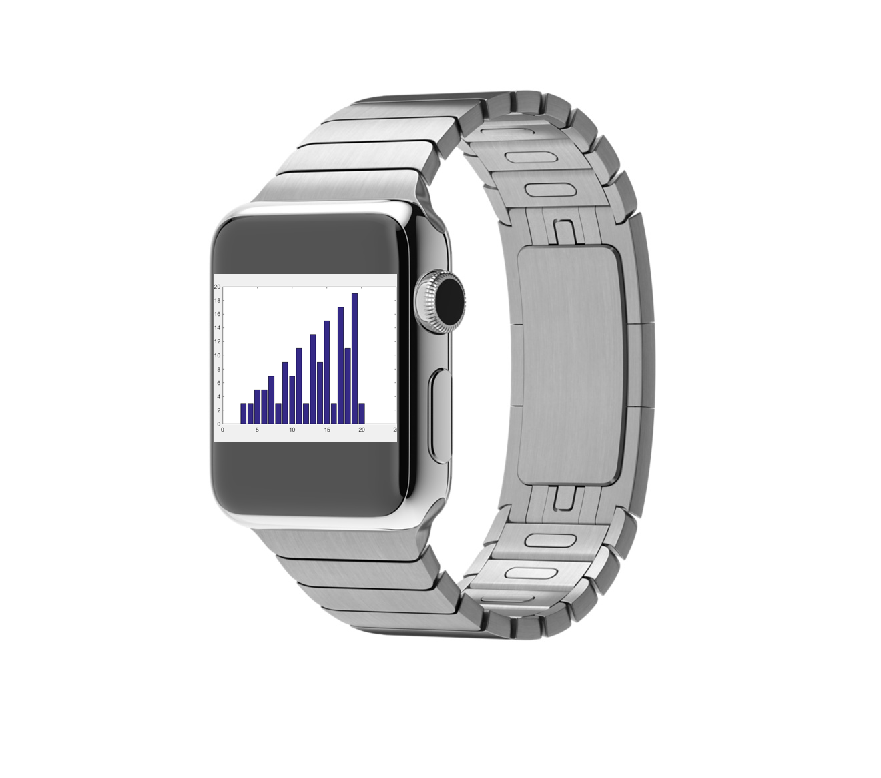 For years I have used MATLAB instead of PowerPoint to give lectures and talks. Now I can do it with my watch, broadcasting to a wireless receiver connected to the projection equipment in the lecture hall. I am scheduled to kick off a High Performance Computing Day at Virginia Tech on Monday, April 6. I hope to debut the MATLAB Watch there.