Our plots of the first eigenfunction of the L-shaped membrane have changed several times over the last fifty years.

Laser printer with much better resolution.

A hand made lighting model. I have to admit this looks pretty phony today.

Good lighting and shading. But at the time this was just a nice graphics demonstration. It was a few more years before it became the official company logo.

A prototype 3d printer. Pure granular silicon, a few dozen grains per inch. (Thanks to Robin Nelson and David Eells for curating photos.) 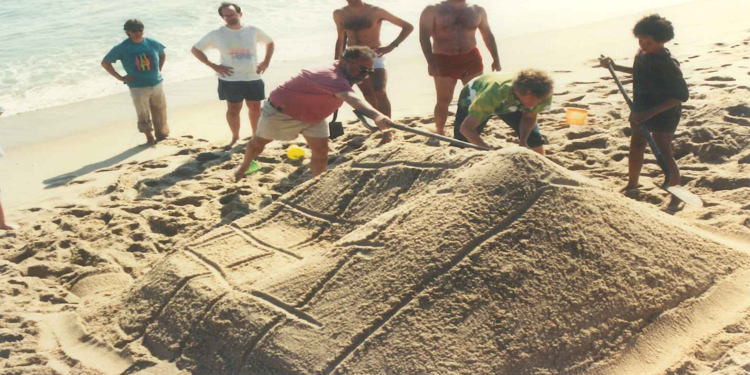 Cleve's Corner, "The Growth of MATLAB and The MathWorks over Two Decades", MathWorks News&Notes, Jan. 2006.