We have published an example in the ThingSpeak documentation that shows you how to train a feedforward neural network to predict temperature. The feedforward neural network is one of the simplest types of artificial networks but has broad applications in IoT. Feedforward networks consist of a series of layers. The first layer has a connection from the network input. Each other layer has a connection from the previous layer. The final layer produces the network’s output. In our IoT application, the output will be the predicted temperature. 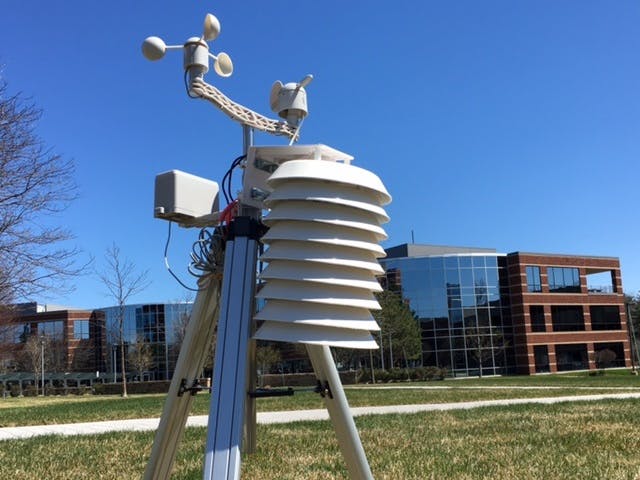 The process for creating, training, and using a feedforward network to predict the temperature is as follows:

ThingSpeak channel 12397 contains data from the MathWorks weather station, located in Natick, Massachusetts. The data is collected once every minute. Fields 2, 3, 4, and 6 contain wind speed (mph), relative humidity, temperature (F), and atmospheric pressure (hg) data respectively. To read the data from the weather station within MATLAB, use the thingSpeakRead function.

Use the feedforwardnet function to create a two-layer feedforward network. The network has one hidden layer with 10 neurons and an output layer.

Use the train function to train the feed-forward network.

Use the Trained Model to Predict Data 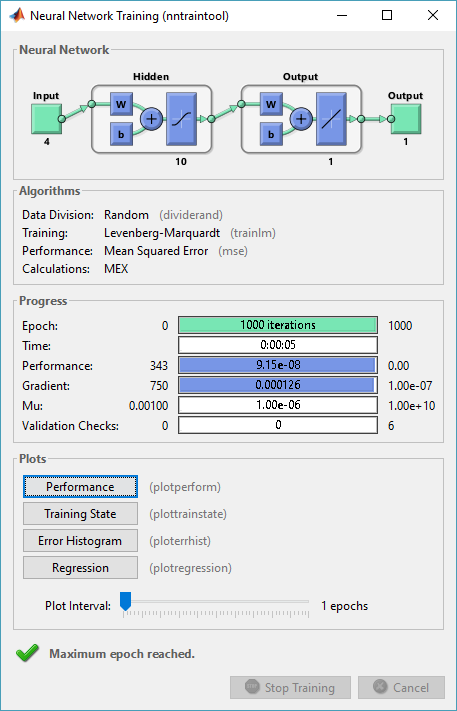 This example can be adapted to other IoT applications. Check out the ThingSpeak documentation for the code and explanation.