Here's one common way to represent this polynomial in MATLAB, using coefficients of descending powers of the independent variable.

I can then use polyval to evaluate the polynomial. And then I can plot it. 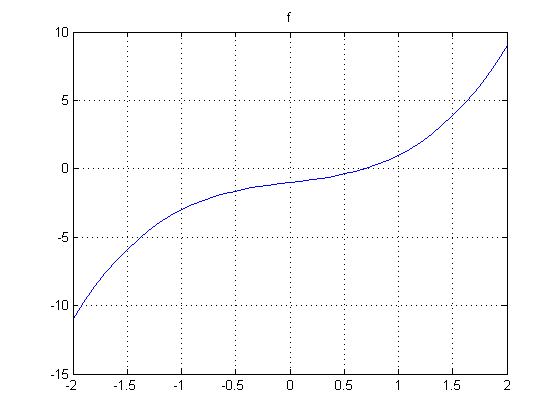 I could also represent the polynomial as an anonymous function and plot it with fplot. 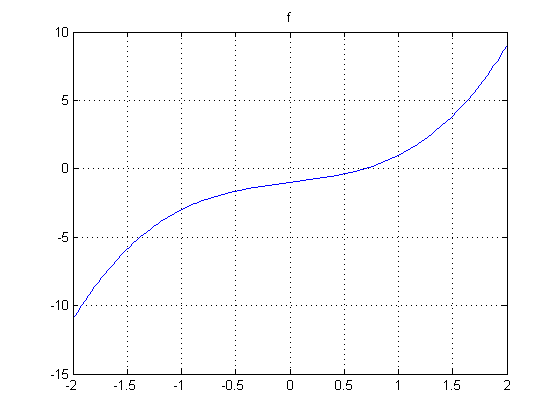 Find the Roots or Zeros

I have at least 2 choices in MATLAB for finding a zero or root of this polynomial. The first is to use roots to get all the possible zeros.

You can see that this polynomial has one real root between 0 and 1, and 2 complex roots.

You can also use fzero, one of MATLAB's optimization functions, to find the value. Here we'll select 0.5 as the initial guess.

In the next post, I'll describe a way to solve this same problem using an algorithm based on fixed point iteration.

The Series of Posts

In addition to this post, there will be two more. Until they are published, the following two links will not be available.