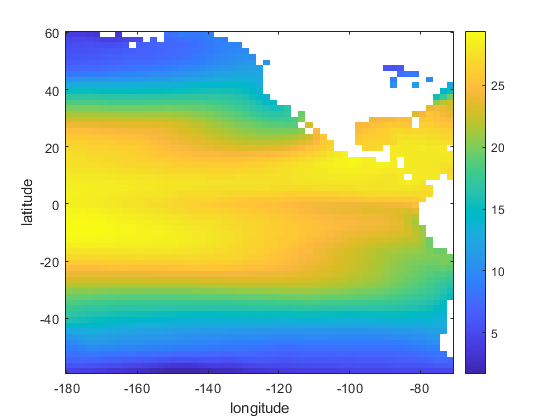 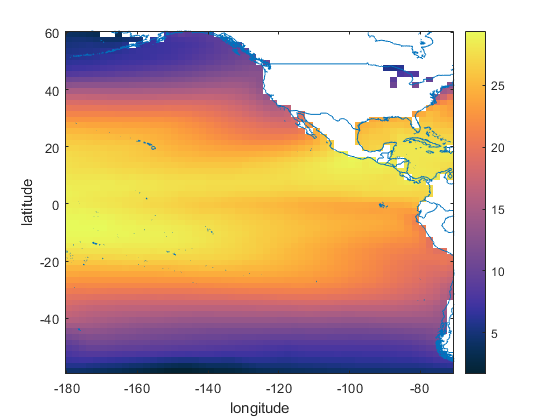 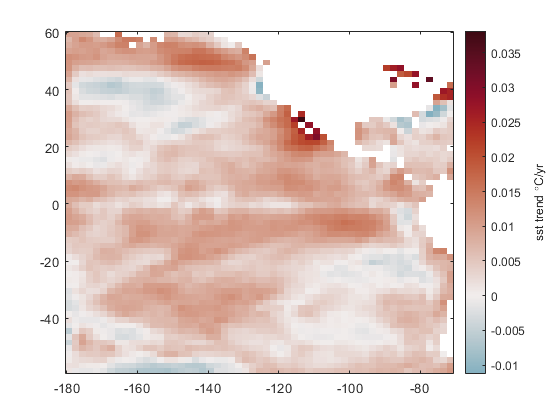 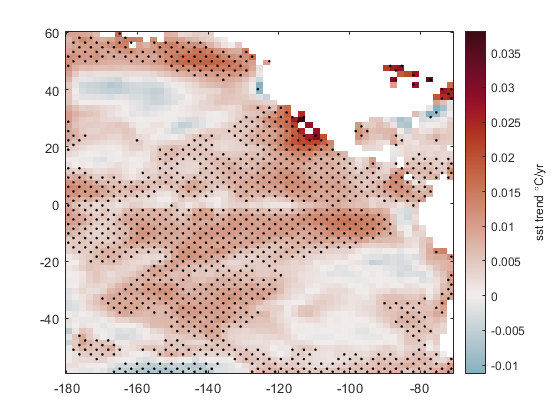 To view a tutorial of Chad Greene performing this sea surface temperature analysis with more detailed explanations and some additional analysis steps, watch this YouTube video.
To share your reactions to the Pacific Ocean trend analysis and the Climate Data Toolbox, generally, send us a comment here, and we will share it with the toolbox authors.