This example shows how to decode automatic identification system (AIS) signals sent out by commercial ships. The AIS standard was developed in the late 1990s and early 2000s. It is widely in use today for larger ships. See here for details. https://en.wikipedia.org/wiki/Automatic_identification_system

To run the example, you will need to have the RTL-SDR support package installed (otherwise it errors out). Mike has included a nice app with this example, and also documentation as a PDF. When you run the app, and everything works, you get beautiful visualizations: 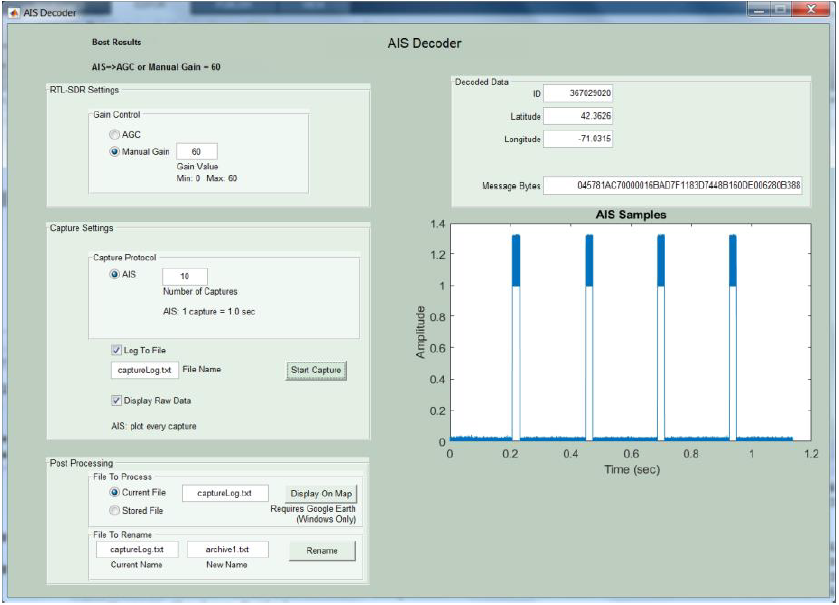 The shipping example that comes with MathWorks’ RTL-SDR support package has a command-line interface, but it makes it easier to work with previously captured data. This feature is particularly useful if you don’t have an RTL-SDR, or if you’re not near a seaport with large ships!

Mike’s example also uses Google Earth to visualize the location of the ships on a map (it’s quite nice!). The shipping example
with RTL-SDR support package uses MathWorks’ Mapping Toolbox to do the same. So depending on which mapping tool you have installed, one of these examples might be easier/nicer to use. Since I work for MathWorks, Mapping Toolbox is always installed on my machine, and you see its results below. 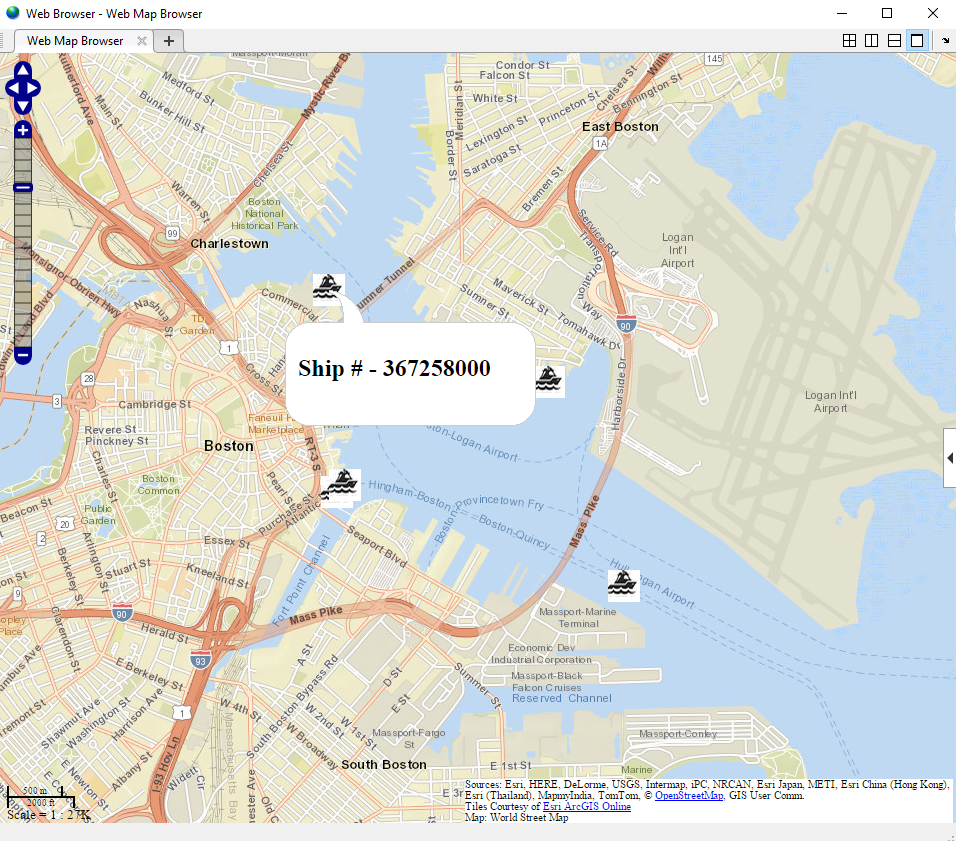 As always, your thoughts and comments are greatly appreciated.