To show you how to build applications that use multiple MATLAB Compiler-generated shared libraries, I've written an example program that computes and displays the Mandelbrot set, a shape with a fractal boundary.

The application consists of three parts:

Each of the MATLAB Compiler-generated shared libraries provides a specific kind of functionality: the libmandelbrot library performs mathematical calculations, while libimage displays images.

Download the code for this example from MATLAB Central, unpack the ZIP files in a new folder, and then use the mcc command to create the shared libraries:

The main program, in fractal.cpp, initializes the application as usual:

Then, it initializes each shared library in turn:

Each library exports a single function.

The fractal main program calls mandelbrot to generate truecolor (24 bit) image data for the Mandelbrot set at a given size and resolution.

showimage creates an image from the image data and displays the image in a figure window.

Building and Running the Application

Compile the main program and link it with the two shared libraries using mbuild. The mbuild command varies by platform:

Then, create a Mandelbrot set 500 pixels wide with an iteration limit of 100 by running the fractal program:

Mandelbrot sets require a significant amout of computation. The example above takes about 45 seconds on a PC with a 2.5GHz processor. A 2000-pixel wide set requires more than 15 minutes. 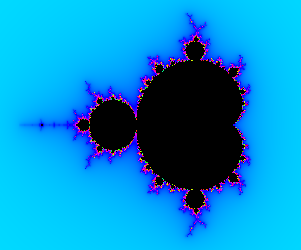 Have you ever written an application that uses multiple Compiler-generated libraries? Did it work as you expected? Let me know here.