Brett's Pick this week is export_fig, by Oliver Woodford. Frequently, when I'm bantering about MATLAB at cocktail parties, the question of how to create "publication-quality" graphics from MATLAB arises. Many of you do great work using our tools, but are stymied when it comes time to publish your results with high-end plots and figures. To address these questions, I've started maintaining a list of resources that facilitate the creation of such graphics; Oliver's "export_fig" has recently found its way onto my list.

Function export_fig is described on the File Exchange with this verbiage: This function saves a figure or single axes to one or more vector and/or bitmap file formats, and/or outputs a rasterized version to the workspace, with the following properties: This function is especially suited to exporting figures for use in publications and presentations, because of the high quality and portability of media produced. 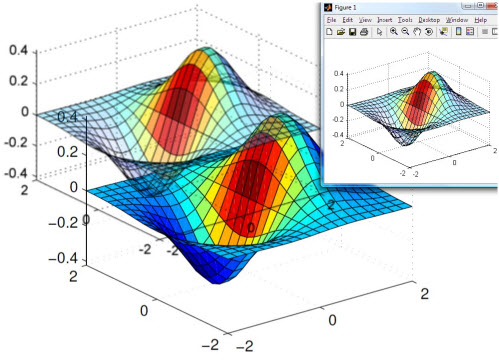 There are several things I particularly like about export_fig. (Others have liked it, too; as of this writing, the entry was downloaded 737 times in the last month alone, and has an average user rating of 4.9 out of 5, from 28 ratings!) The code is well-implemented, and appears to be pretty robust. Also, the function is nicely documented (though it might be useful to include an example or two). I also like how responsive Oliver has been in responding to queries and suggestions. The file has been updated 21 times (!) since it was originally posted in April, 2009, largely in response to user suggestions and bug reports. That's responsive, and great use of the MATLAB Central File Exchange!

Other useful resources and links

MathWorker Ben Hinkle wrote a two-part MATLAB Digest article many years ago that has stood the test of time. In part 1, he discussed the issue, and introduced his exportfig, with which one could control basic graphic properties and create EPS figures. In part 2, Ben also provided some additional functions, including the ability to preview or restore figures. Fellow Pick-of-the-Week blogger Jiro guest blogged on "Loren on the Art of MATLAB" about how to "make graphs pretty". You might also check out Oliver's fix_lines submission for "Fixing Postscript Lines," featured as a Pick of the Week back in January. Finally, these doc pages might be useful in this regard: Comments? Published with MATLAB® 7.10
|