My pick this week is the utility function plot_subfun for visualizing the subroutines in a file via a node map. 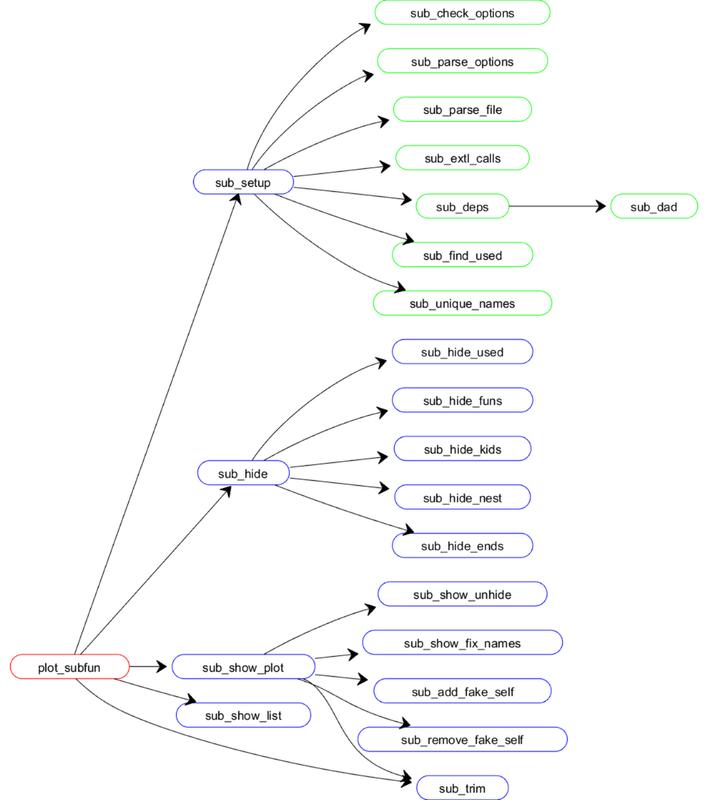 There are a number of options that allow the user to customize the results generated by plot_subfun. These options are:

I find plot_subfun particularly useful when developing custom UIs in MATLAB as I can quickly see what callbacks are being used and any utility routines that are shared. In addition, it can help point out where missing connections are such as needing to call a specific routine if the user selects an option such as switching between tabs on a UI and updating the data being displayed.

While there is an option to list the extenal functions that are called, I would like to see the option to include a set of files to analyze in order to see the dependency between the functions in multiple files. For Example, I have two files mainUI.m and fillUIPanel.m, I’d like to see this syntax work:

Give it a try and let us know what you think here or leave a comment for Christopher.