Greg’s pick this week is Signature Tool by McSCert.

Simulink enables you to layout rather large and diverse diagrams. For large diagrams, this can make it difficult to understand what are all the points in the model where one can input data or have access to output data. The Signature Tool provides 2 capabilies to deal with this issue.

There is also a means to generate a testbench, but I won’t focus on that here as this capability is also available in Simulink Test.

By applying the model signature to the example model rtwdemo_pmwm (ships with Embedded Coder), you can quickly see that the model requires 4, inputs, 2 outputs, and has a global memory store declared. 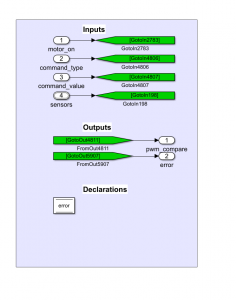 The same tool can also generate a document that describes the inputs and outputs of this same model. 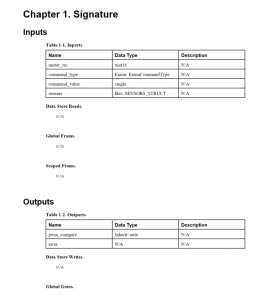 This is particularly important if you are attempting to share interface information with someone who doesn’t have access to Simulink, like sharing your interface with an embedded software development group. Or you need to document the interface as part of a rigorous design process.

Why did I pick this entry?

The two key elements for me are it is:

Right-click on a model or subsystem, and you are able to generate the signature in the model, or the report. There’s also a nice little user interface to help select options for the generation of these two elements.

The documentation for this tool is also well done. The File Exchange entry also contains links to publications about the topics of understanding Simulink model interfaces.

Simulink does have a built-in capability to summarize the input and output ports of a given model or subsystem. 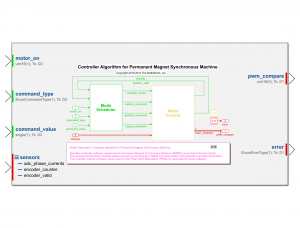 It does include signal hierarchy for buses, and colors to indicate different sample rates on a signal, but it doesn’t include Data Store Memory or globally scoped From/Goto blocks.

If you generate C-code from the model using Embedded Coder, then you can generate a C-code interface report 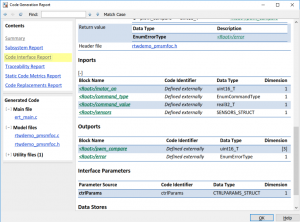 This provides much of the same information as the Signature Tool signature report, but requires that you generate code from the model.

Do you need to report or summarize Simulink model interface information?