Add This Custom Menu to Your Simulink Installation

Once you have downloaded this File Exchange entry and unzip it, make sure that you:

Now when you right-click on the Simulink canvas, there is a list of the blocks found in the custom_context_menu_blocks.mdl file. 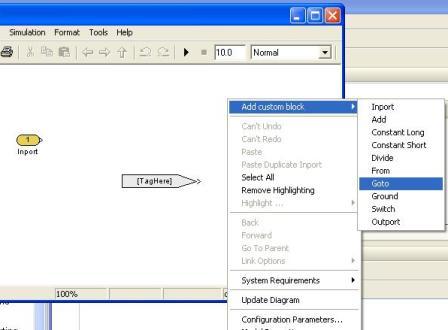 How Is This Different Than "Most Frequently Used Blocks"?

Many of you may note that in more recent versions of Simulink, there is a list of the most frequently used blocks available in the context menu for the Simulink canvas. 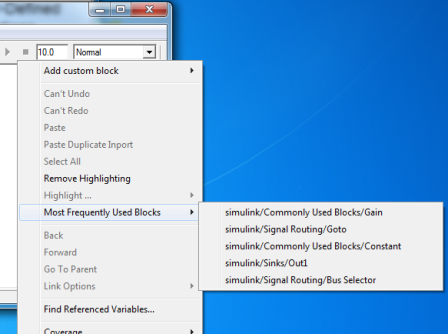 The blocks listed here change depending which library blocks are used most often. The list that is created using Paul's method is static, and does not change based on usage. In addition the names that appear in Paul's list don't use the full library path name for the block.

How Does the Custom Menu Work?

These files can be used to:

The sl_refresh_customizations command is used to register the SL_CUSTOMIZATION files with Simulink.

For more information on customizing Simulink and the SL_CUSTOMIZATION functions, check out Customizing the Simulink User Interface