This week I received the following question from a Simulink user:

I have a data acquisition system which saves signals at variable intervals. I want to import this data into a variable-step simulation. When I use the From Workspace block, the Simulink variable-step solver seems to take large steps and skip some of my points. How can I force the solver to take steps at the times specified in my input data?

To illustrate this problem, I will generate data using one variable-step simulation and try to input it into another. To begin I simulate the following model using the ode15s stiff solver:

When inspecting the logged data, we can see that the step size is not constant: 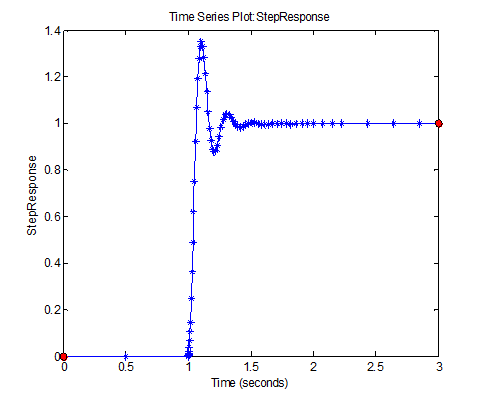 Importing the signal into a model

To import this data in a simulation, I use a root-level Inport block.

Since the data to import is continuous, I enable the Interpolate option of the Inport block: 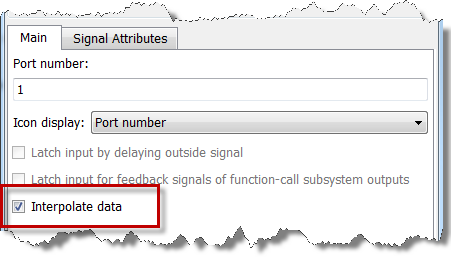 Then I configure the model to use the saved data as input: 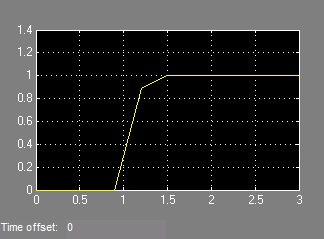 We need to instruct the Simulink variable-step solver to execute at the times specified by the imported data. To do this, open the Data Import/Export configuration pane and look at the Save options section. Set the Output options to “Produce additional output”, and specify the time points of the imported data as the Output times. 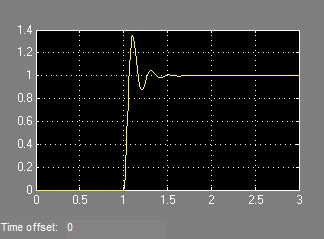 For optimal performance, I recommend pre-processing the data before importing it. For example if your signal contains points very close in time with similar values, you can filter them out. This will make your simulation run faster. Let me know if you would like to see a follow up post on that topic.

Did you ever encountered problems when importing data into Simulink? Do you have tricks to recommend? Leave a comment here